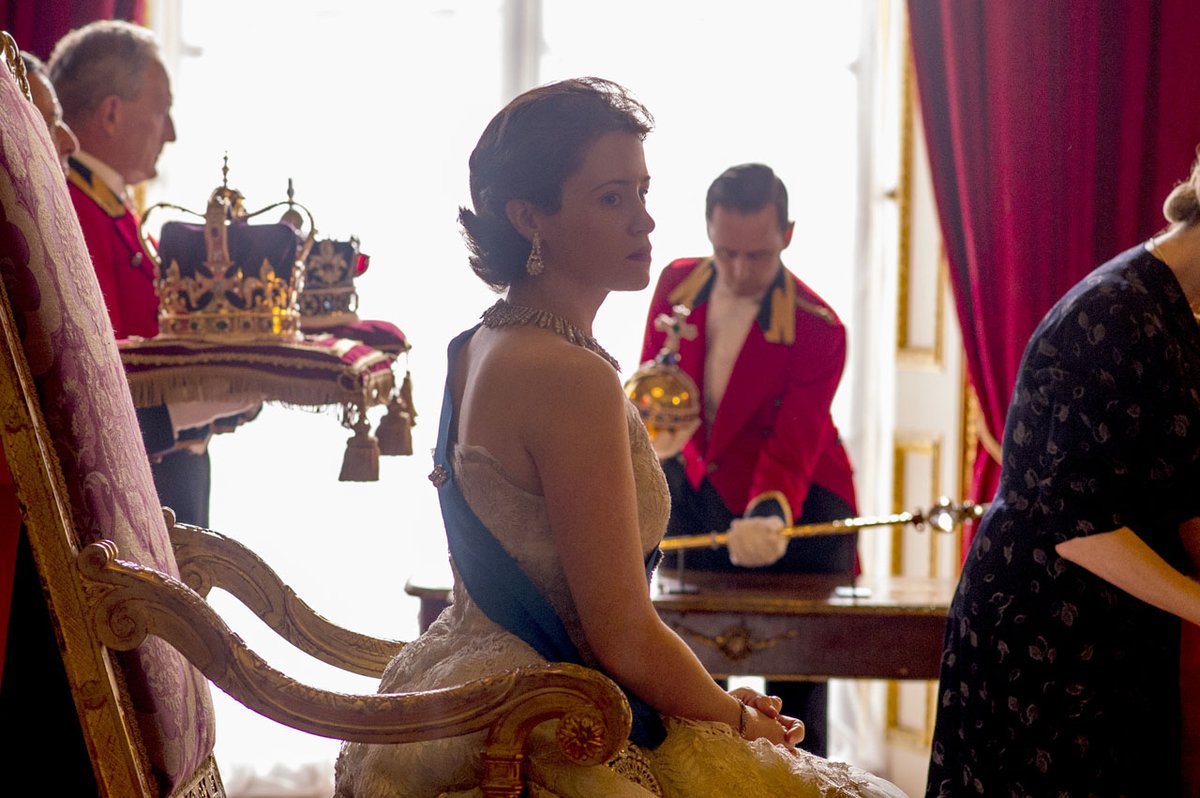 Why you should be writing a TV period pilot… like now If you like to write historical dramas, now is the time for you to shine – at least on television. Streaming platforms are pouring millions of dollars into these shows, so you if don’t have a one hour TV pilot in repertoire, you might want to think about adding one.

Look around Netflix, PBS, FX and even the CW, and you’ll find sexy, edgy, deliciously decadent and wickedly violent period dramas that are capturing the world’s attention. If The Crown, about the early years of Queen Elizabeth II, doesn’t completely scratch your itch for corset-gnarled British Queens, there’s Victoria, about Queen Victoria who brought England into the modern era and Reign, about Mary Queen of Scotts and her deadly rivalry with her cousin, Queen Elizabeth I. Still not enough? Coming soon according to Variety is a new season of Feud: Charles and Diana, set to detail one of the most tortured marriages in Royal history.

So, why is historical drama ruling airways and stream-ways in 2017?

There are a few reasons. Let’s start with the world-wide popularity of Downton Abbey. Winner of numerous Emmys and Golden Globes, this period drama stole the hearts of female and male romantics not only in the U.S., but the show surprisingly had over 160 million viewers in China. The Chinese are so fascinated with the wealth and status of the Great Britain of yesteryear, they’ve even created Thames Town, a reproduction of an English village complete with cobblestone streets that serves as the perfect wedding venue for China’s young, upwardly mobile generation. The success of Downtown seems to have granted television networks and streaming platforms permission to look backward, tell stories about strong female characters and indulge in glorious and expensive costumes. But it’s not all about the women – shows like Taboo, Peaky Blinders and Vikings are all very male-centric, suggesting that period dramas aren’t just popular because of their romantic storylines.

Another reason audiences are turning to history for entertainment may be a more troubling one. In times of social upheaval and political instability, people examine history not only as a way to learn from the mistakes of previous generations, but also as reassurance that the human race eventually solves its problems and again thrives. In today’s global culture, Great Britain is dealing with Brexit, the U.S. is a nation divided politically and economically, we are haunted by senseless acts of terror, and the effects of climate change are threatening everyone.  It’s no wonder we’re looking to history for answers – our problems are big, complex and scary. But there is hope: from the ancient Greeks to Shakespeare’s histories, looking to the past may be one of the best ways to see a path forward (or a path to avoid).

And then there’s plain old escapism. If your social media pages are full of people arguing over President Trump’s latest tweet, you may find a lot of solace in spending an hour in a simpler time, before digital screens and the internet ruled our lives. The lush, rural Scottish highlands of Outlander provide a pleasant reprieve from today’s crowded, fast-paced world of selfies and reality TV.

Here are a five of the best, lesser-known period dramas you can stream right now if you’re craving some history: Set in 1667 France, Versailles tells the story of King Louis XIV’s (George Blagden), bold action of moving his royal court from Paris to his father’s provincial hunting lodge. Full of political intrigue, sexy social climbers and characters committed to defying social norms, this is one of the best shows available right now. We’re happy to report that season two is coming this fall. Stream on Amazon or watch on the Ovation channel. There has never been a show so visually and emotionally rousing as Taboo. Written and created by Steven Knight (check out our interview with him about Allied), the show is set in 1814 London with the lucrative shipping trade as a backdrop. Tom Hardy stars as Delaney, a man of despicable character with a mysterious past that includes his Native American mother who endowed him with mystical abilities. In love with his half-sister, Zylpha (Oona Chaplin), Delaney struggles to right a generation of wrongs. Stream at fxnetworks.com. Tracing the early days of Queen Elizabeth II (Claire Foy), The Crown is the most expensive TV show ever made, costing Netflix $130 million. A reproduction of the Queen’s real wedding dress cost $35k alone. Netflix plans to stream six seasons of the show that will take us up to modern day where the real Queen is now 90 years old. Set in Virginia at the height of the Civil War, Mercy Street centers on an abolitionist nurse, Mary Phinney (Mary Elizabeth Winstead), who works to save wounded soldiers in a makeshift hospital inside a Confederate family’s home. Stream on PBS.org or Amazon Prime. Underground tells the mostly unexplored story of the Underground Railroad, a covert operation to help slaves escape to freedom at the risk of death (or worse) in Antebellum Georgia. Starring Journee Smollett-Bell and Christopher Meloni, you can stream this show on Amazon Prime.

Let us know your favorite period pieces and why in the comments below.

Networking and the Power of the Smaller Pond

18 Replies to "Why you should be writing a TV period pilot... like now"