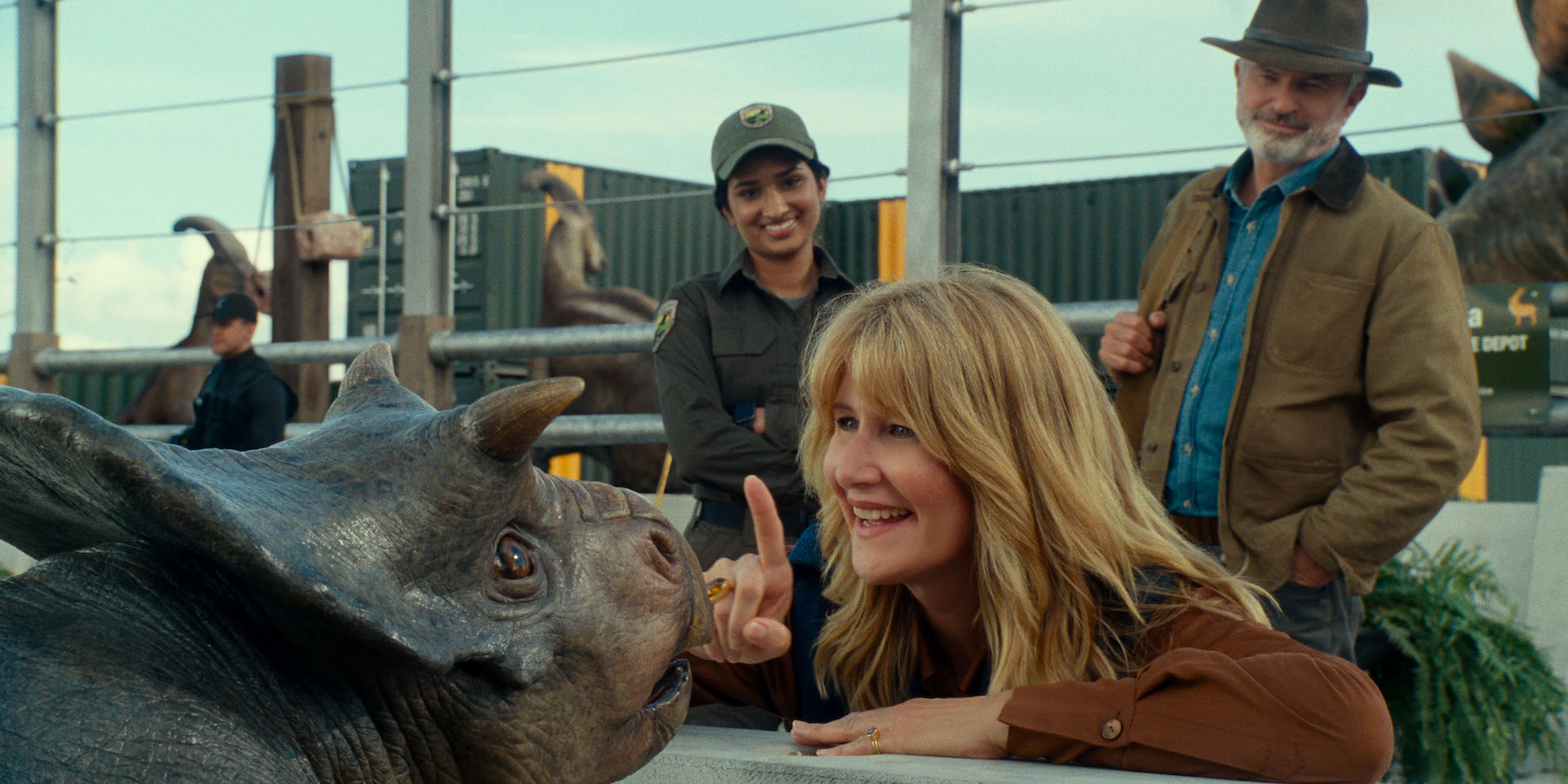 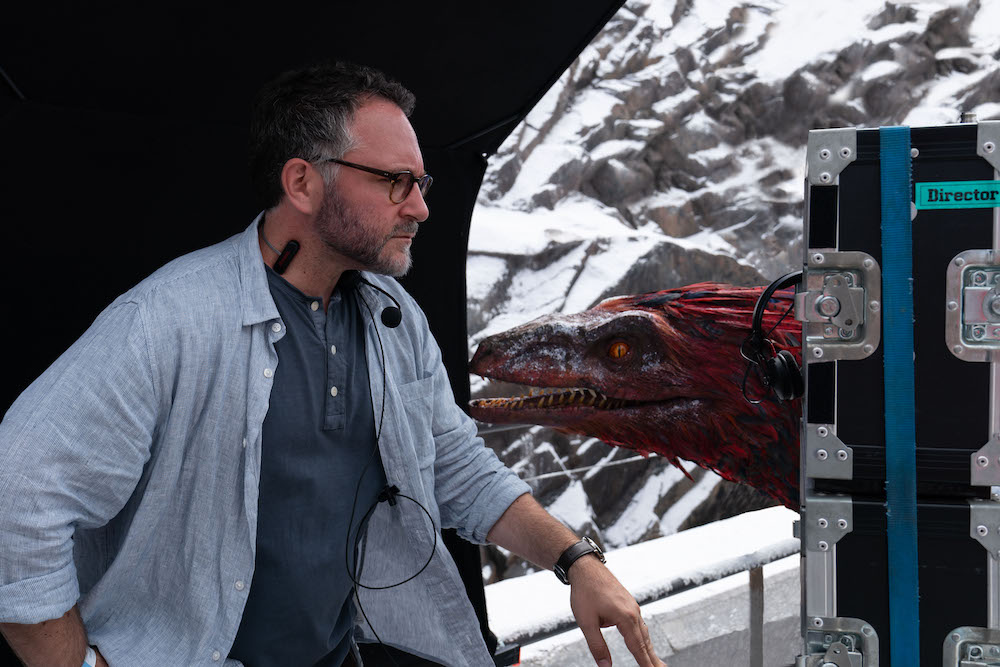 Director Colin Trevorrow on the set of Jurassic World Dominion.

These fearful and awesome creatures like the T.rex, mother and baby raptors, Blue and Beta, and the formidable Dreadnoughtus, whose name means “fears nothing,” now span the globe and live alongside humans. But beyond the beautiful CGI creations are people, including the “legacy” cast of actors who play the three characters who barely escaped the first franchise with their lives: Laura Dern as Dr. Ellie Satler, Sam Neill as Dr. Alan Grant and the quirky Jeff Goldblum as Dr. Ian Malcolm. Inevitably, the old team of dino hunters meet up with the new team of Chris Pratt as Owen Grady, Bryce Dallas Howard as Claire Dearing and Isabella Sermon as Maisie Lockwood – with explosive results.

I was able to chat with Dominion’s director and co-writer, Colin Trevorrow and screenwriter Emily Carmichael over Zoom about the challenges of writing two competing storylines, creating high human stakes in a world of dinosaurs and also get their advice on writing powerful action sequences that help to move the plot and characters forward. We also discuss how shooting the film during a global pandemic informed and heightened the intense and profound futuristic world they were creating on screen. Trevorrow and Carmichael’s knowledge and generous spirit make for a fun and lively discussion with tips for every screenwriter to bite into.

See the incredible dinosaurs including Blue and her baby in the trailer below. Jurassic World: Dominion opens today.