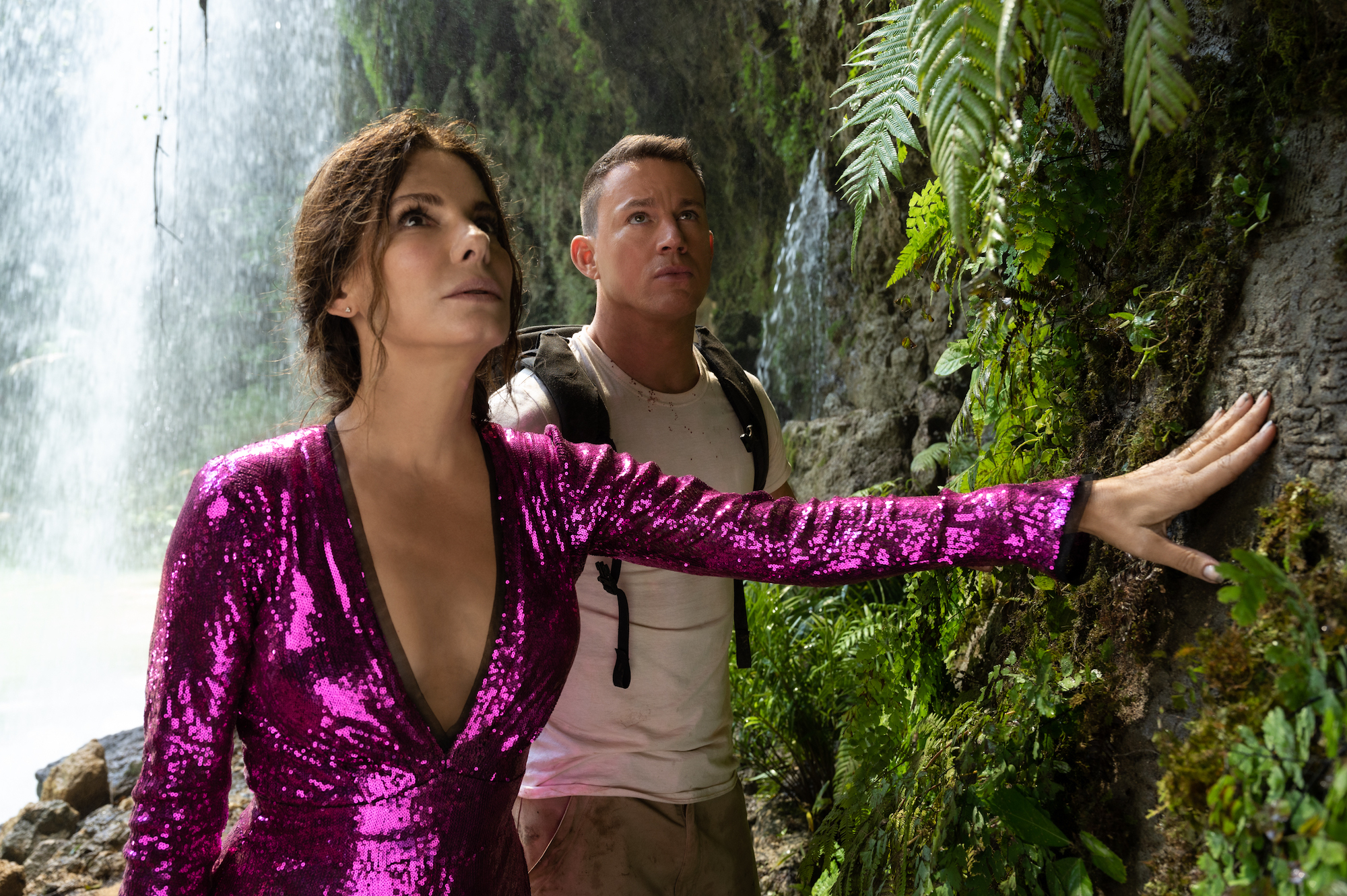 INTERVIEW: Writer of THE LOST CITY

The Lost City is an adventure rom-com about disenchanted romance novelist, Loretta Sage (Sandra Bullock) who’s indulging her publicist by going on a book tour with her male cover model, Alan (Channing Tatum). When the hunky himbo gets more attention than Loretta, she’s ready to throw in the towel on her writing career. But before she can end the tour, Loretta finds herself kidnapped by a treasure hunter (Daniel Radcliffe), who forces Loretta and Alan to search for a mysterious artifact that may hold clues to Loretta’s future.

The film is written by Oren Uziel and Dana Fox and Adam Nee & Aaron Nee; directed by Adam and Aaron Nee. I chatted with writer Uziel to find out more about the process of writing the film and how to keep rom-coms fresh and relevant for today’s audience.

Uziel started his professional career as a corporate lawyer in New York. As good as he was at his job, he longed for something different. Mostly, he just wanted to do something challenging in a creative way. “It started with me extremely bored and out of place as a corporate attorney,” says Uziel. “I quit mostly because I wanted to have fun. I wanted to spend my day trying to make myself and other people laugh.”

As someone who loved movies, Uziel decided to take a leap of faith and write a script. He sent the script to the Austin Film Festival and was pretty surprised when the festival called him to say he was a finalist in their screenplay competition. He ended up winning a prize for his screenplay Shimmer Lake that he ending up directing seven years later (see our interview with him here). It was a crash course in filmmaking. The task was difficult, but the risk offered a big reward that served him well. The project sold to Netflix back in 2016 before the streamer was making an original film, “Every 10 minutes,” Uziel says with a laugh.

Since then, Uziel has come a long way as a self-taught screenwriter, writing such projects as Mortal Kombat (2021) and 22 Jump Street (2014).  Now he’s back with the big budget rom-com The Lost City. The film is super smart and funny, letting Bullock explore her own brand of physical comedy while refraining from talking down to the audience. Never taking itself too seriously, the movie is a rip-roaring good time.

Because there are four writing credits and an additional story credit, I asked Uziel to give me the rundown on all the writers and how the project got started. He said the whole thing started when his producer-friend Seth Gordon (Identity Thief, Horrible Bosses) came to him with an idea.

“It was a new take on the Romancing the Stone story. I worked with Seth and together, we broke out a lot of story, pitched it at Paramount and I wrote a bunch of drafts,” says Uziel.

Once Sandra Bullock came on board, they brought on Dana Fox (Cruella) and directors Adam and Aaron (Band of Robbers) came on next, who are also writers. “Everyone added little bits of their voice and their ideas and points of view. I was first in but then got taken along for a great ride,” he says. 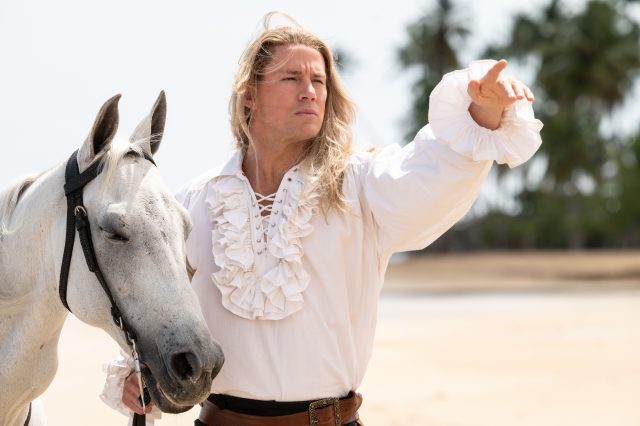 If you love comedy, particularly comedies from the 1980s, it’s likely you’re a fan of Romancing the Stone (1984). So many writers, directors and studios have toyed with creating a new take on the beloved story, but no one’s ever been able to do it successfully. I asked Uziel why it’s been so hard.

“Sometimes,” he says, “you can get seduced by how simple an idea seems after you’ve seen it executed so perfectly. Romancing the Stone seems so easy – romantic interests, lost in the jungle, big fat adventure – why wouldn’t this work? It’s just such an easy recipe! But people forget how fun and off the rails, how messy – in a great way – that movie is. It does a lot of things you’re not exactly expecting.”

Uziel says it was key to lean into the simplicity of the classic story, but also essential to subvert the audience’s expectations.

“Once you have the idea of how to flip the characters and spin them around,” he says, “don’t go too crazy trying to reinvent the wheel. [The Lost City] is certainly derivative of Romancing the Stone, it’s unavoidable. But something’s happened in our culture and certainly in our movie-going culture, where it’s so rare to not have something that’s a big, fat, branded IP it’s going to feel extremely fresh just by way of not seeing that Marvel intro.” 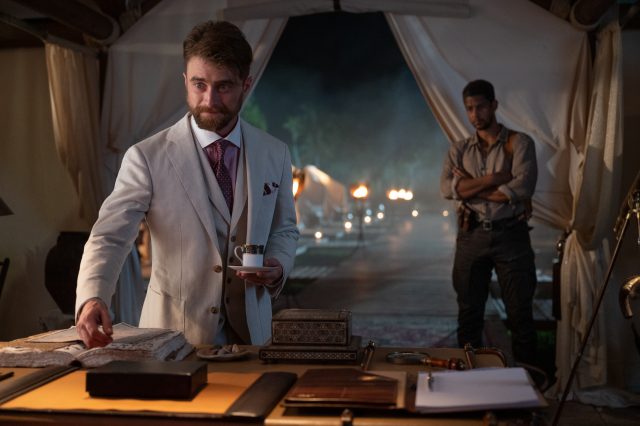 The other thing that makes the film so watchable is putting an incredibly intelligent protagonist at the helm of the story. Loretta Sage (Bullock) is a Harvard-educated archeologist turned romance novelist. Yes, she’s sold out to have a lucrative writing career, but she’s still a curious, brainy, vulnerable gal despite going into panic mode when she gets kidnapped. Even her hunky, cover-model sidekick Alan (Tatum), has his own surprising backstory that makes him much more than just a hot bod. The depth of the characters is there by design and while Uziel wants you to respect them, he doesn’t want you to take them too seriously.

“There’s a thing in the movie talking about not looking down at your audience and that is a kind of meta reference point for what this movie wants to be. You can make things for the masses without thinking the masses are stupid. We all like a little bit of escapism. We all like attractive, people at odds with each other but are finding their way together – it’s a lovely story, there’s no reason not to tell that story. There’s no reason it has to be a dark reimagining or a heavy eight-part thing on HBO. Sometimes you just want to go and have a good time,” he says.

Uziel says his biggest challenge writing the screenplay was not to work too hard against the rom-com formula.

“I’m not a writer who read Save the Cat or plans out what page everything is supposed to happen on. But there is a thing, especially in comedy, when you’re always trying to subvert expectations. It’s always looking to zig when someone is expecting you to zag.” 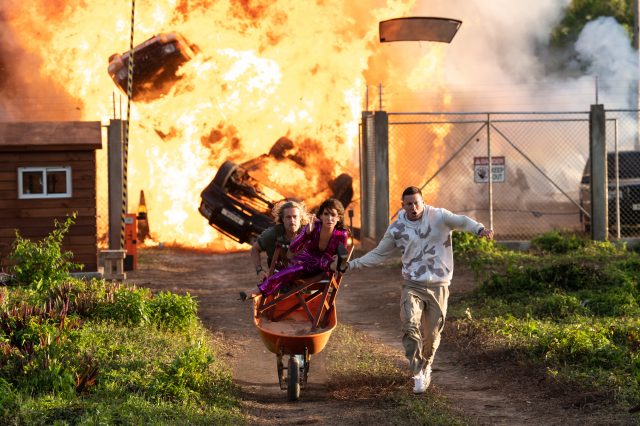 He warns that too big of a zag can be problematic, like when they toyed with the idea that perhaps the romantic leads shouldn’t end up together. Though the idea felt fresh at first, they quickly determined it wouldn’t be a satisfying way to resolve the story. Sometimes boy meets girl, boy loses girl, boy wins girl back is really all you need (okay, maybe girl meets boy in this one, but you get the idea).

Uziel has this advice for screenwriters trying to get noticed with a spec script: focus on one script.

“Sometimes people think they need 10 scripts. You don’t need 10 okay scripts, you need one amazing script. You need something that is undeniable. And it’s usually because your voice is so strong, not because of the idea,” he says.

He also says it’s never a good idea to chase the marketplace. “That advice has become less important because most movies are IP, anyway, so it’s not like you can chase the vampire trend,” he says. “Regardless of genre, write whatever gives you joy. I strongly believe, especially with how I got my start, if you have something that is undeniably good, there are so few great scripts floating around, people will latch onto it immediately and the script does the work for you as far as networking. It’s not who you know, it’s how good your script is.”

The Lost City opens in theaters on March 25.

1 Reply to "INTERVIEW: Writer of THE LOST CITY"