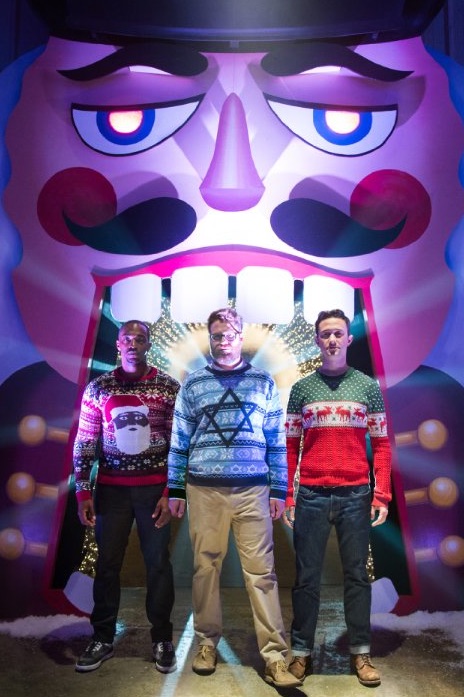 Christmas is about lights, trees, joy and family. Well… not when you’re in a Seth Rogen movie. Or is it? That’s the genius behind the R-rated Christmas movie called The Night Before.

Written and directed by Jonathan Levine (Warm Bodies, 50/50, All the Boys Love Mandy Lane), the film is about three friends who come together on Christmas Eve to hang out, party and pay homage to the friendship the created when they were teenagers.

“It’s inspired by something that became a tradition with my friends,” says Levine. “Every Christmas eve, we would go out and get highly inebriated and crazy things would happen because New York is quiet on Christmas but if you go into the wrong corner of the city… you’ll find a little secret society of people.”

This kind of movie — a raunch comedy with lots of gags — can be time consuming. You’ve got to have the perfect balance of plot and laughs. So, how did this writer/director pull it off? “It’s about picking the right genre and picking the right overarching story,” says Levine. “In many ways it gets you off the hook as a writer… leaning into those troupes allows you to do so much more.”

ScreenwritingU sat down with Levine to hear about his hilarious holiday movie, his creative approach to writing female characters and working with Seth Rogen.

The Night Before releases into theaters November 20.

No Replies to "THE NIGHT BEFORE, a raunchy Christmas movie from Jonathan Levine"