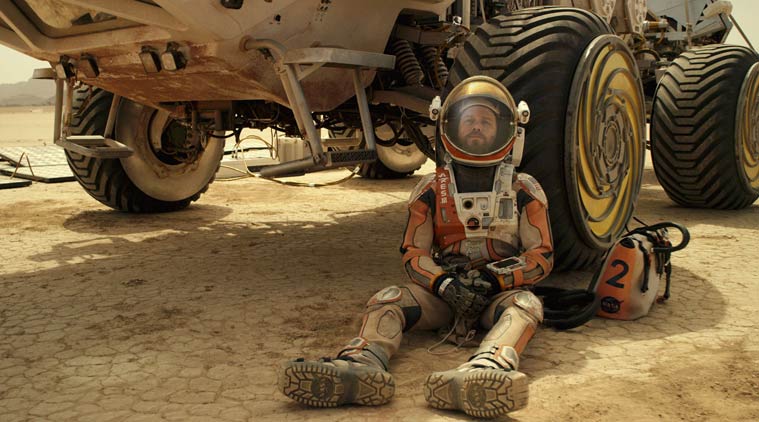 When a producer called up screenwriter Drew Goddard (World War Z, Cloverfield, The Cabin in the Woods) and told him he should adapt an e-book called The Martian, Goddard told him that sounded like a terrible idea. But it wasn’t long before Goddard along with many other fans realized this e-book about an American astronaut stranded on Mars alone was something special. “I read it and fell in love… Andy Weir is so talented and the book is so good… I just read it and said, ‘Yes’.”

So, once you fall for the material you’re going to adapt, how do you edit it down? “You sort of go in knowing you’re going to have to be cruel… and that you’ve got to cut some stuff that you love. And that was certainly the case,” said Goddard. “I try to find a theme or a soul of the book and try to make sure that every scene ties into the soul of the movie. When in doubt, if it doesn’t, you can cut it.”

One example of a tough choice Goddard had to make was a 100-page journey the main character Mark Watney, played by Matt Damon, makes alone in his rover. “It’s beautiful,” said Goddard. “It’s really where the book is at its most poetic.” But Goddard had to stay down on time — the film was already pushing the two-hour mark. So, Goddard did what any good writer would do, he figured out how to condense the narrative to something more cinematic. In the end, he cut this part down to a four-minute montage and leaned on “beautiful score” and the director Ridley Scott’s “sweeping vistas.”

ScreenwritingU sat down with Goddard to hear about how he translated the science of the book into dialog and how he approached this movie from the spiritual side of life. Goddard told himself to “think of it like a religious movie, like the way something like The Ten Commandments would get structured, because it’s very much a human is lost in the wilderness and has to rely on his own faith to save him, which is a classic mythological story.”

1 Reply to "THE MARTIAN from screenwriter Drew Goddard"