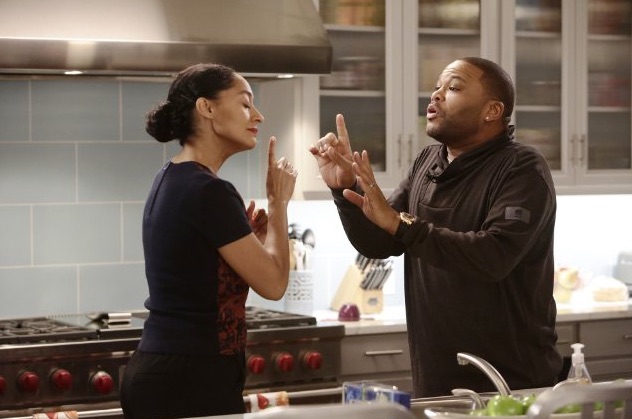 Anthony Anderson and Tracee Ellis Ross in Blackish, the show about a father who thinks his children have lost their roots. Photo courtesy: ABC

From #OscarSoWhite to the federal EEOC investigating the lack of working female film directors, outrage over Hollywood’s lack of diversity is everywhere. Now, the Writer’s Guild of America is doing its part to address the problem by creating a searchable database of its diverse members – but will it really make a difference?

To be clear, joining the diversity database is not mandatory for WGA members, it is completely optional. Categories include gender, age (specifically if one is over 40 or over 50), race, languages spoken, sexual orientation and disability. The idea is that any producer or filmmaker looking for writers in one of these categories can easily go online to the WGA website and search for them.

Writer David Radcliff has been a member of the WGA West’s Writers with Disabilities Committee for about three years. The committee is just one of several operating under the diversity department umbrella to advocate for better representation of disabled people on screen and behind the scenes.

Radcliff says he thinks having a database of self-described diverse writers is a huge benefit, not only to minority groups, but also to film and television audiences. “I have cerebral palsy, and when I was growing up, I didn’t see anyone like myself on television, unless that person was in the hospital. That sends an unfortunate message to audiences about what opportunities are available to disabled people.”

Across all the diversity committees at the WGA, Radcliff says there’s a lot of talk about the impact of accurate, positive representation of these groups in the media. “Ultimately, a database that pulls together these different resources and talents would potentially open up opportunities for diverse people to work in the industry and influence the content it creates.”

But Radcliff admits opting into a disability database is a double-edged sword. “A lot of disabled people choose not to admit they have a disability because they believe that disclosing it would limit employment opportunities. Unfortunately, that could possibly be true. There really aren’t many writers with disabilities working in film and TV, and I don’t think that’s coincidental.” Minnie Driver has been cast as the lead in Speechless, a new ABC comedy about a family with a special-needs child.

One bright spot for Radcliff is the upcoming ABC TV show, Speechless, that stars Minnie Driver as the mom of a non-verbal special needs child, played by actor Micah Fowler, who has cerebral palsy in real life. “I hope it’s not just stories about this family, but also that the writer’s room includes people with disabilities as well. No one would expect a show like Black-ish to be written just by white people, right?”

The database also allows writers to identify their gender or age, with separate categories to identify if they over 40 or over 50. TV comedy writer, Susan Hurwitz Arneson, says she will definitely not opt in to share her age.

“I’m not going to out myself on something that may be perceived as a negative, or might prevent me from getting staffed.”

Arneson sees both ageism and sexism as real problems in Hollywood and admits she’s been personally affected. “As a woman trying to get staffed on shows, producers have said, ‘We love Susan, but we already have a woman on staff.’  That’s the mindset you have to change. If a show has three lead female characters, we should see more than one female writer.”

African-American screenwriter, Bryan Edward Hill, says simply “opting-in” to a database for diversity doesn’t tackle the real problem, which he thinks is the perception of ability.

“As a black male writer, I have to fight to be regarded as intelligent as a white male counterpart. My mind has less value in Hollywood than the white version of my mind. I’ve continually been forced to demonstrate that I have a perspective outside my own race and experience in America. The problem is believing that a female writer can write the same type of story a man can. That a person of a certain age can do the same thing a person of a different age can do.”

Though Hill thinks the database is a fine resource that can be used effectively, he brings up another issue: could this tool result in writers getting pigeon-holed because of their diversity?

Bottom line, Hill thinks the diversity problem may be generational. “You now have people growing up who just aren’t as tribal about race and gender as they used to be. When they start to get into positions of power, you’re going to see change.”

What do you think of the WGA’s diversity database? Let us know in the comments section below.

22 Replies to "WGA’s New Diversity Database: Will It Help Or Hurt Writers?"