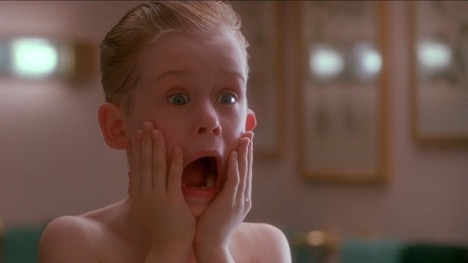 Anyone who has ever faced a blank page knows writing can be scary. You can get stuck in the beginning, or you can be writing along and get stuck in the middle. You can even lose faith that you’ll finish a particular project. Yes, writer’s block absolutely exists — and it’s awful.

Many of us have a romantic vision of writing, in which we’re locked in a stone tower at night during a thunderstorm while our quills scrawl furiously over one page after another as words effortlessly flow out of us. But the truth is that writing is often slow, deliberate, painstaking work. We put one word after another.

There’s no way around: if you’re a writer, you’ll probably face writer’s block at some point, and you’ll be forced to find a way work through it. So let’s think about some places to find inspiration if/when you get stuck. As author Isabel Allende once said: “Show up, show up, show up, and after a while the muse shows up, too.”

Will my heart go on? Yes, yes it will. Titanic, 1997 Photo courtesy: Paramount Pictures

No 1 – Raid the annals of history

Most people believe creativity is the most important element in storytelling. We spend hours trying to come up with something fresh and twisty with a surprise ending. But some of the highest grossing films of all time, like Titanic, were based on historical events. History is treasure trove of captivating stories and characters — all just waiting for you to discover them and make them new. No 2 – Rip from the headlines

You’ve heard that facts are sometimes stranger than fiction, right? If you’re looking for fresh ground, the news is the perfect place to look. Every day there is abundant trove of sordid tales just waiting to be shaped into narrative. In the case of Spotlight, those ‘true’ stories can also win you some serious accolades. So: read the news and keep your eyes peeled for anything that would make for a good movie.

Arthur Koestler’s “The Act of Creation” argues that true originality comes from “bisociation,” which is basically blending two things to produce something new. A movie like The Martian seamlessly blends the genres of science fiction and humor. The result was an award-winning box office hit. Here’s an exercise: if you’re stuck, try yoking together two unexpected genres, themes, or storylines. Let your mind free associate and see what happens. You might just be able to blend up a new project. No 4 – Offer new twists on legends, myths and folktales

One of the greatest things about legends, myths, and folktales is that anyone and everyone can use them as a creative springboard. A movie like The Witch, for instance, takes tales about witches to a whole new level — and it’s awesome. That’s exactly what you want to do: take creative license with familiar material and turn it into box office gold. That one time with the hair… Something About Mary, 1998 Photo courtesy: 20th Century Fox

If you’re a writer, chances are you have a few crazy skeletons in your closet. I’m not saying all writers are weird, but a good number of them are. (Don’t deny it!) So: draw on your personal experiences. The more painful, the better. Bare your soul. Give us a taste of your personal flavor. As F. Scott Fitzgerald once wrote: “You’ve got to sell your heart, your strongest reactions, not the little minor things that only touch you lightly, the little experiences that you might tell at dinner… You have only your emotions to sell.”

In the end, your most potent inspiration is always going to be your most personal thoughts and experiences. You do you.