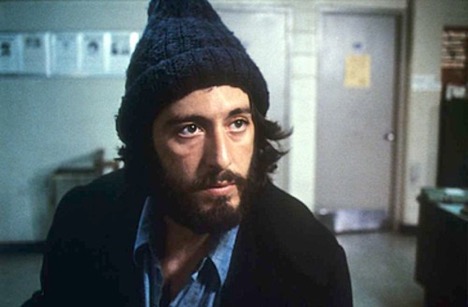 Every screenwriter on Earth wishes he or she could create a character like Rick Blaine from Casablanca or a love story like From Here To Eternity. Classic movies may not have a lot of explosions or crazy car chases, but they still keep audiences nailed to their seats. So: how do they do it? What makes their stories so romantic, funny, heartrending or frightening? Why have these movies stood the test of time?

Let’s reverse engineer a few of the greatest films of all time to see if we can come up with some story hacks. If you’re studying the art of filmmaking, why not learn from the best? Eve Harrington (played by Anne Baxter) in All About Eve is one of the most memorable characters ever committed to film. She has a singular obsession: she wants to take over the life of Margo Channing (played by Bette Davis). The power of Eve’s obsession allows her to manipulate and control everyone around her, including Margo. What’s truly frightening about Eve is her audacity–she’s willing to do almost anything to get what she wants–and it’s exactly what makes her so memorable as a character. Horror movies are a staple at the box office. One of the best ever made is Hitchcock’s Psycho. As screenwriters, we’re often tempted to write explosions and car chases and over-the-top stakes into our scripts to attract attention, but this movie shows that horror doesn’t need to be gory or sadistic. In fact, the most terrifying part of this movie is the extremely personal nature of Norman Bates’ motives. In this movies, horror is deep, intense–and terrifyingly intimate. No. 3 – Make Your Hero Do The Wrong Thing For The Right Reasons

Modern classic Serpico tells the story of a cop who goes undercover to expose corruption in the police force. Even though everyone he knows warns him that he’s taking things too far, Serpico (Al Pacino) doggedly refuses to give up his investigation. He relentlessly pursues truth even after it becomes the wrong thing to do. The result is a complex, dynamic, and truly unforgettable character.

Audiences enjoy watching historical figures on screen, and they enjoy feeling like the characters they’re watching had an impact. They want their stories to matter. T. E. Lawrence (played by Peter O’Toole) in Lawrence of Arabia is one of those amazing characters. In this movie, he literally changes the world by convincing the Arabs to take up arms against the Ottoman Empire. The film is epic in every way: it takes us from wind-blown sandy deserts to grand battles, and it offers us a character who truly mattered. Human beings have always felt the desire to express themselves, beginning with cave drawings of buffalo. Art answers a fundamental human need, and classic movies are an expression of that need. Of course, not all classics are artistic, per se, but all classics include some form of art. It could be provocative dialogue, or a heartrending storyline, or visually poetic scenery, or, as in the case of Notorious, exquisite characters.

Screenwriter Ben Hecht paints the suffering of Alicia (Ingrid Bergman) as she’s drawn into a deadly love triangle in extraordinary detail–and it’s part of the reason why the movie made it into the National Film Registry for being “culturally, historically, or aesthetically significant.” So go ahead and use cinema to express your artistic side, if you wish. We humans need your art.

8 Replies to "What Can We Learn From Classic Movies? Pretty Much Everything"