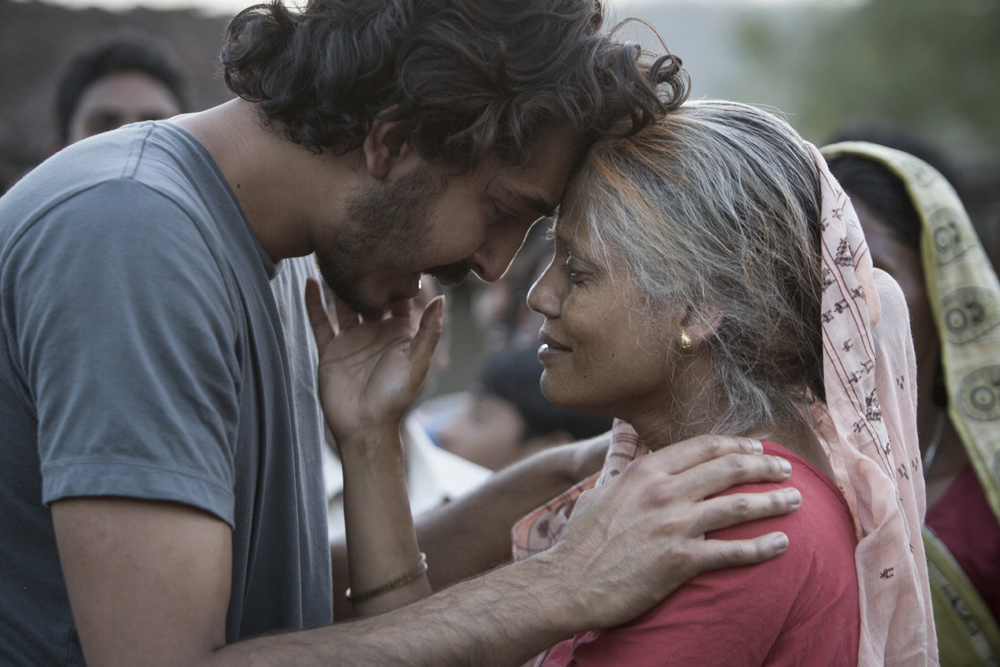 The emotionally powerful film Lion is both a fairytale and a nightmare at the same time.

The first half of the movie tells the real-life survival story of an Indian boy named Saroo (Sunny Pawar), who gets lost in a train station when he’s just five-years old (the nightmare). The second half of the film focuses on Saroo (Dev Patel), as an adult who, after being adopted by an Australian family, goes on a fascinating journey to track down his birth family (the fairytale ending).

But like all good biopics, particularly ones where the subject is still alive, adapting Saroo Brierley’s autobiography, A Long Way Home into a film, was a balancing act. “It’s like a tightrope. You’ve got this obligation to tell a really good story, to tweak things and compress things if you need. On the other hand, there’s a moral and ethical obligation to make sure you’re not hurting people who are very much alive,” says screenwriter Luke Davies.

Saroo’s story is powerful on its own. But the unusual structure of the screenplay gave this biopic a mythical quality.

Most biopics, including Lawrence of Arabia, The Imitation Game and the recent Jackie, are told in a circular structure, meaning the first act starts in the present, the second act is mostly a flashback to the past and the third act catches up to the present. Following that well-worn structure was Davies’ first instinct.

“We toyed with beginning with an adult Saroo who’s going through this restless period in his life where something’s not good, and then we flash back – that’s the obvious version. And from a financing point of view, that’s also the obvious version because you have to establish your stars upfront. We need to see Dev [Patel] and Nicole [Kidman]. But I felt, and Garth [Davis, the director] was in complete agreement that this story is so pure and so powerful, you don’t have to do that.”

So Davies decided to take a risk. He wrote a film with a first act that starts with a five-year old boy, played by a nonprofessional actor, speaking in Hindi with English subtitles for the first 50 minutes. In act two, we meet the adult Saroo, his adoptive family, and follow his obsession with finding his birth family. Act three, he returns to India. It shouldn’t work. But it does.

“I felt that if we succeeded in getting completely inside little Saroo’s reality, then in the second half of the film when things became more interior and psychologically more complex, the audience would still experience it as the same person, the same spiritual and emotional journey with a 25-year gap. That was the plan, that was the vision.”

The gritty underbelly of India preying on a five-year old boy is tough to watch at times, but ultimately, it’s worth it. The movie takes the audience on a spiritual journey.

“The film takes you to this really vulnerable place. But after all the trauma, it’s got a beautifully redemptive ending. It makes you feel good. The experience you’ve just had of crying is a healing experience because we all need to cry.”

In the screening I attended, there was barely a dry eye in the house. I was a blubbering mess. But the unusual screenplay structure worked for another reason.

If we were to meet the strong, confident adult Saroo first, we wouldn’t worry as much about the lost five-year old Saroo. Little Saroo would seem less vulnerable because we know he’s going to be okay. Watching Saroo in peril and later, watching his redemption, is a transformative experience.

During the year and a half Davies spent working on Lion, he noticed a transformation within himself.

“It made me a softer, better person because it’s a universally inspiring story about infinite love and self-forgiveness.”

I don’t think you can ask for much more from a movie.

Lion is currently playing in theaters.