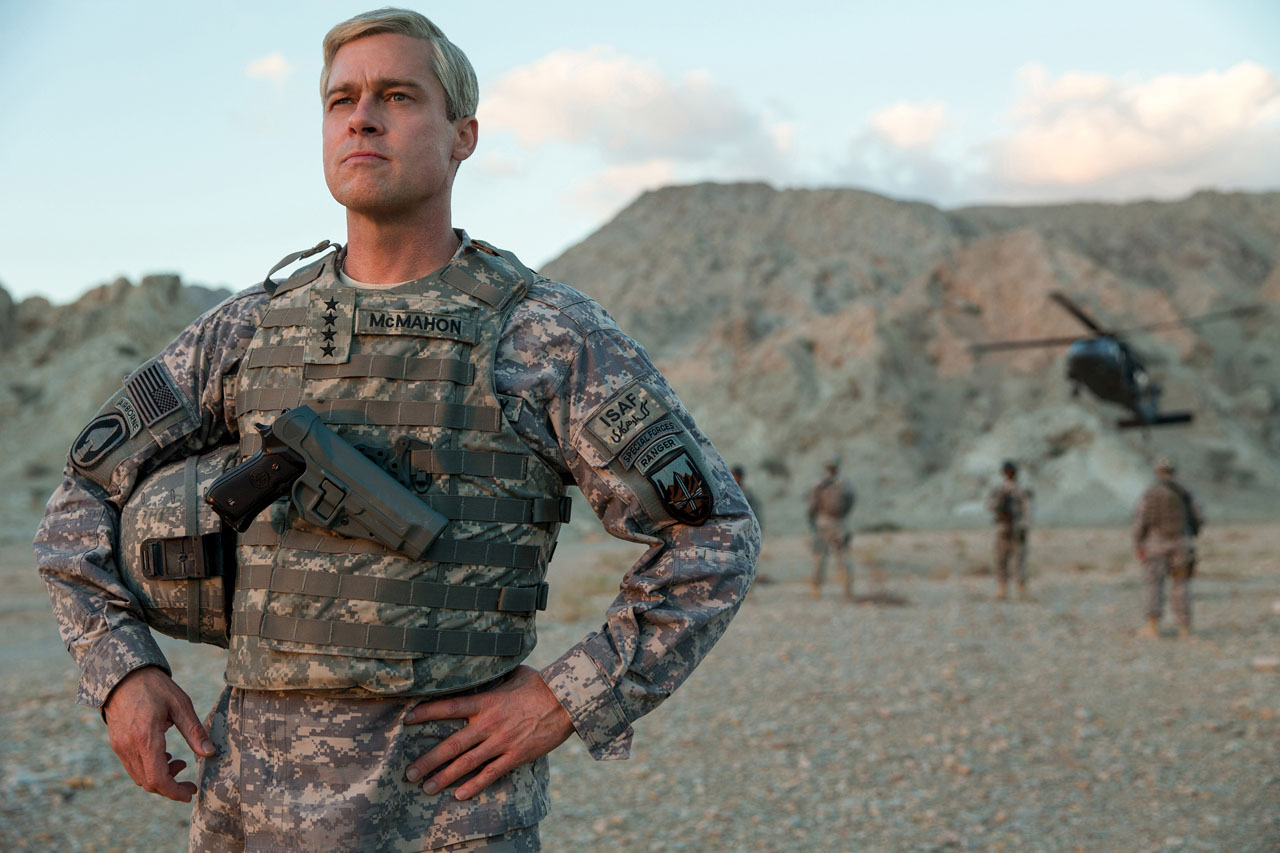 For several years, Australian writer/director David Michôd has been eager to make a film about the current war in Afghanistan. After reading the late journalist Michael Hastings’s book, The Operators: The Wild and Terrifying Inside Story of America’s War in Afghanistan, Michôd knew he had a launching pad for the exact type of war movie he wanted to make: a schizophrenic one.

“I thought the movie I would make would revolve around the horror and sadness of the battlefield. When Michael’s book came to me, I suddenly saw a much larger film,” he says of his new film War Machine. The book The Operators is a critical account of the misguided ambition of the U.S. Army General Stanley McChrystal and the consequences troops and civilians faced as a result of his actions in the war-torn country. The book was written after Hastings’ Rolling Stone interview with McChrystal was published, causing the general to lose his job.

But Michôd knew early on in the script development that he didn’t want to make a General McChrystal biopic.

“I didn’t want this movie to get pigeonholed by somehow feigning to be a kind of documentary retelling of the story of a particular individual or a bunch of individual guys. What struck me most was that I felt like I had the beginnings of a movie that was about an entire system. I wanted to look at a decade and a half of tail chasing.”

Michôd soon discovered that if he wanted to tell this story, he’d need to embrace two distinctive tones – something rarely done successfully.

“The movie is about hubris, vanity and ambition all manifesting as a grand delusion, and how that plays out in a much larger machine. To me, there seemed to be a profound disconnect between the upper levels of this machine and what was happening on the ground. But I never wanted to let go of that horror and sadness. The best way I thought to execute that was letting the movie be tonally schizophrenic – to let those upper and lower levels play out differently tonally.”

The result is a film that is part screwball war comedy and part social commentary, creating an experience that is surprising, terrifying, yet wildly entertaining and surprisingly, stars Brad Pitt.

Michôd created the character General McMahon, a macho war-enthusiast with the confidence of a Mack Truck, leading the charge of counterinsurgency. Pitt had a field day with the role.

“Brad brought a world of detail to a character that I couldn’t even have imagined myself. So much of the flavor and physicality came from him.”

As General McMahon, Pitt has grey hair, a droopy eye and a puffed-out barrel chest. He takes on a gravelly voice perhaps to exaggerate the character’s rough and tumble demeanor. For McMahon, there is no other option than to win and he makes a great example of a protagonist following through on their character objective – even after he goes off the rails.

“We [Michôd and Pitt] had a lot of conversations about McMahon, but at a certain point we decided to let the character off the leash. After that, it was a lot of fun.”

Pitt is quite funny in the film, taking the tone into black comedy territory. But Michôd never loses site of the fact that this film is about war. The general’s actions have consequences that result in the loss of innocent life, reminding the audience that while we may laugh at the man in charge, the biggest tragedy is that the war is still going on after 16 years.

As good as Pitt’s performance is, Michôd admits that he worries about how the film will land with audiences. “It’s not a Brad Pitt we’re used to seeing. And it’s big.”

We happen to think that’s a good thing.

The Most Productive Place to Write