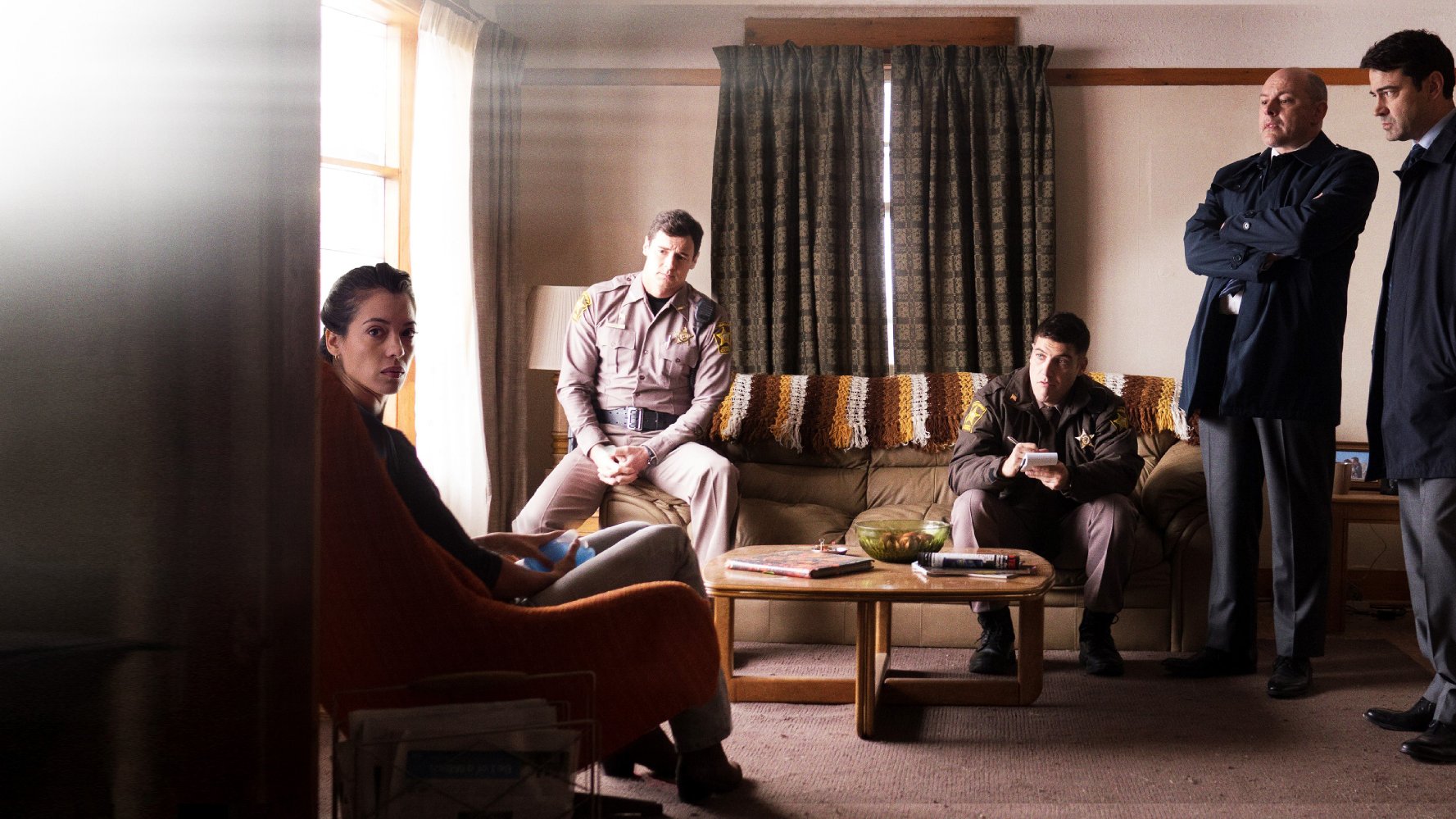 The art (and pain) of writing a Netflix movie backwards Shimmer Lake isn’t your ordinary crime drama about a bank heist gone wrong. It’s a multilayered examination of revenge, loyalty and plain old bad luck. Oh, and did I mention the story is told in reverse?

Writer/director Oren Uziel used to be a lawyer, but in his heart, he wanted to be a screenwriter, so he quit law to pursue his dream. Assuming anyone can write a screenplay, he decided to write a novel first and later adapt it to film. Because writing the script is the easy part, right?

“It was a pretty dumb plan,” he admits.

But through writing his novel, he learned how to write story, character and everything else a writer needs to know. Unless of course, you’re telling a story backwards.

“I don’t think I would do that [write a screenplay in reverse] again. It was really, really challenging to get my character arcs and story arcs, set-ups and pay-offs to work in reverse. It just has to be designed that way –  you can’t take a normal screenplay and just chop it up and reverse it. It won’t make sense and it’ll be gimmicky and there won’t be any reason for it to be that way. Shimmer Lake was built that way but it just took it took a long time and a lot of trial and error.”

He sent his first draft to friends and they told him it didn’t make sense. So, he went back and kept working on the story, trying to clarify it. At one point, he clarified it too much.

“Suddenly, everything was too obvious. What I was trying to hide was no longer hidden and I would try it again and they would say, ‘Well, now it’s all happening but for no reason.’”

Keeping just the right amount from the audience

So, he kept working on it until everything was clear on the page and people reading it could understand the story. The process has taken him nine years.

Why tell a story from the end to the beginning, especially if it takes so long to figure out how to do it? The idea came to Uziel as a kid.  He grew up as an HBO junkie and would just watch whatever film was on, even if he tuned in halfway through the film.

“I would sort of be thrown into the middle of the film and have to figure out how everyone was related to each other, and what their conflicts were – all as I was watching the scene that was happening in front of me.”

Later in the week, he’d catch the film from the beginning and put the pieces together.

“I’d think, ‘Oh this is going to explain why that guy hated that woman so much,’ and stuff like that. I just thought it was a really compelling way to watch movies. Because when I watched them from start to finish, it wasn’t nearly as good of an experience.”

Audiences love to piece together the story

It was the detective work that excited him.

‘I thought there must be a way to do that deliberately – to make a movie that has all that tension and all that intrigue. That was the goal.”

The film takes place over four days. For Uziel, it was like creating four mini movies.

“The first day asks a lot of questions. The second day answers those questions but presents new ones. And then you keep going and when you get to the end, things aren’t exactly as you thought they were.”

But just because the reverse strategy works on the page, doesn’t mean it’s going to work on film.

“Because the movie has a twist, it’s about withholding information and providing information. In the script there’s a scene where Zeke and Reed are talking about football, reliving their glory days and reconnecting. I had written it so Zeke wasn’t participating in the conversation, he wasn’t smiling, because he knows what he’s about to do. So when I put the scene together and cut back to Zeke not smiling, people watched the movie and were tipped off that Zeke was involved [in the crime].

To fix the problem, Uziel used footage of the actor in between takes, where he was goofing around. “Just a few frames of Zeke smiling fixed it.”

Advice on breaking in

Uziel’s advice to writers is to break the rules. “I don’t believe in any of those page count rules. I’ve never learned them, and I’ve never followed them. I go on my gut and from watching movies and reading screenplays. But all movies, whether they’re told backwards or forwards, need to have a beginning, a middle, and an end. You have to be able to follow and understand everything that’s happening on a character level and build it in.”

Five Things You Should Never Do In A Pitch Meeting