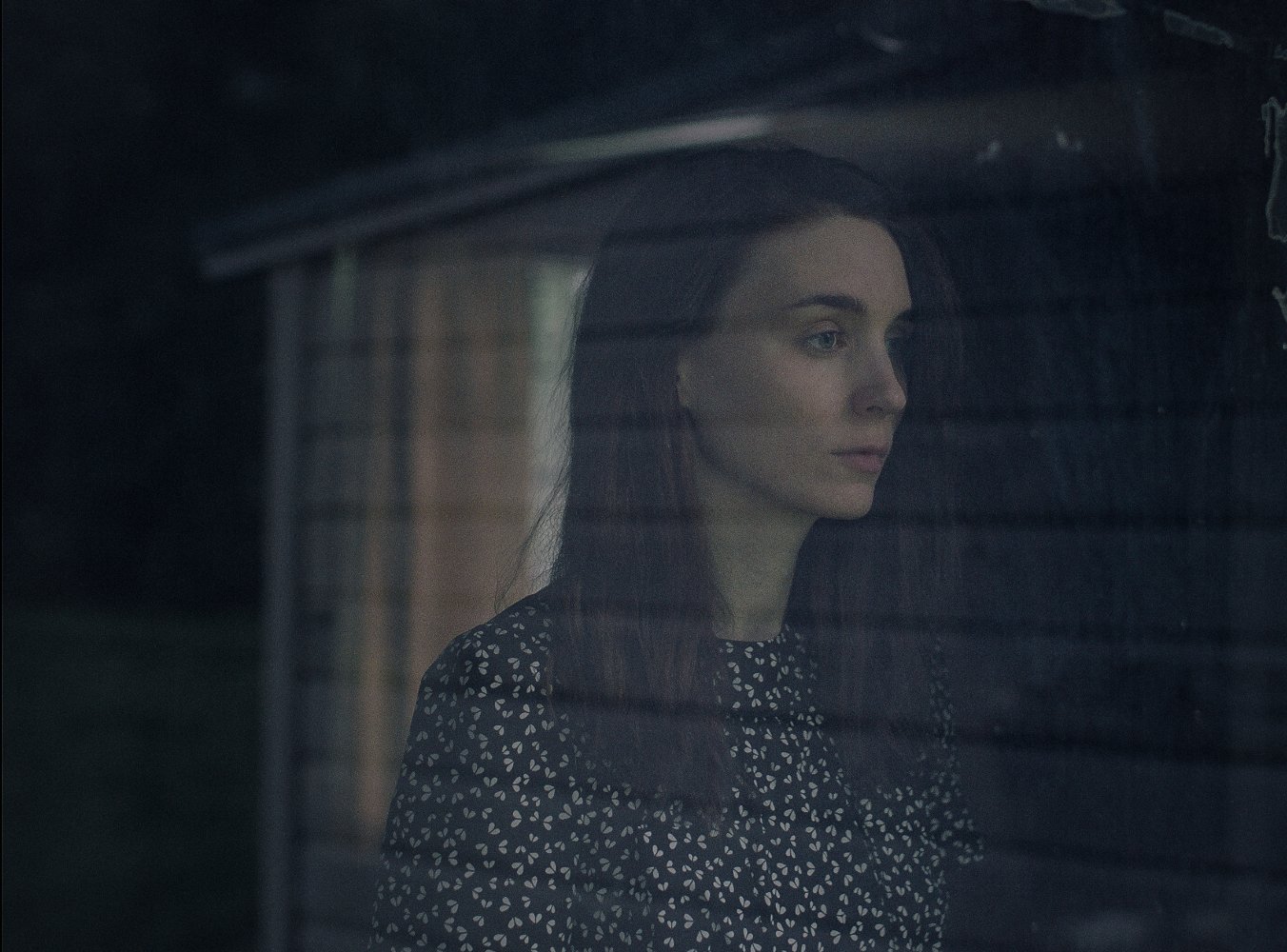 Rooney Mara in A Ghost Story. Photo courtesy: A24

A Ghost Story, written and directed by David Lowery, (Ain’t Them Bodies Saints, Pete’s Dragon) is one of the most bizarre yet beautiful films I’ve seen in a long time. It’s both clever and frustrating, both emotionally consuming and numbing, both sentimental and existential. That’s a lot of contradictions for one movie.

The film starts off as a love story between a young man simply called C (Casey Affleck), and a young woman called M (Rooney Mara), but slowly transmutes into a meditation on death. It’s hardly your typical horror movie, however.  As idiosyncratic as the film is, there is a lot we can learn from it as writers.

No. 1 — Film is a visual medium; take risks with your imagery

C and M live together, love each other deeply, but argue over mundane things just like any other couple. When C is killed in a freak car accident, M is devastated. Meanwhile, C transforms into a ghost. By ghost I don’t mean a see-through special effect added by a computer, he is a ghost in a white sheet with sullen black eyes. The image is funny in a childish way. But the intent is not comedic. It is to examine grief in a new way.

“I often like using childlike imagery or childlike perspectives to shed light on more serious, grownup issues – ­I like the juxtaposition of the two,” says Lowery. “I tend to use iconography and symbolism in my work and digging into what that symbolism might mean. In this case, we’re presenting the audience with what is universally perceived to be a ghost. That’s what it means. But we don’t think about what it actually means because it has all these trappings of it being a Halloween costume, Charlie Brown, and other childlike affectations. The image distracts you from what it actually means, the definition of a ghost. It’s become neutered and doesn’t have the meaning it actually should have, so I wanted to add gravity to it.”

No. 2 — Writing a passive protagonist

“The idea was for [C, Casey Affleck’s character] to be a passive protagonist, to be a silent witness to all that unfolds around him. I was very aware that watching the first 45 minutes of the film, people would think the movie was about the two of them, if not just about Rooney herself. It was an intentional bait and switch,” Lowery says. Casey Affleck in A Ghost Story. Photo courtesy: A24

No. 3 — Surprise your audience

Because M, Rooney Mara’s character, is very active, it’s easy to think she is the protagonist. But like Marion Crane in Psycho, she disappears from the story.

“I like the idea of leading the audience down a path then pulling out the rug from under them and saying, ‘Hey, this is what the movie is actually about.’ You think you know where the movie is going and then it transforms into something else, and it transforms yet again, later on in the film. By the end of the movie you actually understand what the movie is about, but it keeps pushing a little further than you expect it to. So the idea of consistently reinventing the narrative drive of the film is really intriguing to me especially since the protagonist is literally just standing there for the entire film.”

No. 4 — The beginning, middle and end don’t have to play out in that order

A Ghost Story has a scene that takes place a couple hundred years before the rest of the story and features a violent death. Lowery explains why he wrote that scene.

“I love the idea of time being something that is not so linear. The things we do are not special. They’ve happened before, will happen again and that extends to the idea of death.  Casey’s character is defined in many ways by the fact that he has died. There’s preciousness to that, particularly because he’s become this ghost, but also because he’s the protagonist of the story and he carries that weight with him. I wanted there to be a moment where that preciousness is removed and death is presented in a very ugly, pragmatic and naturalistic fashion. You die however you might die, your body starts to decay it turns to dirt and you’re gone.” After C’s death, M returns home, goes into the kitchen, sits on the floor and proceeds to eat an entire pie. This is how she deals with her grief.

“I wanted to show grief in a very private way, but also in a way that’s very relatable. I wanted the audience to experience physical discomfort because it goes on for so long. Using traditional shorthand like watching someone cry or raise their hands up and shout no to the heavens, it gets the idea across but not the actual feeling across. I wanted this to be something people felt. We were able to shoot it in one take and it’s become the most memorable scene in the film – it either makes or breaks the film for the audience.”