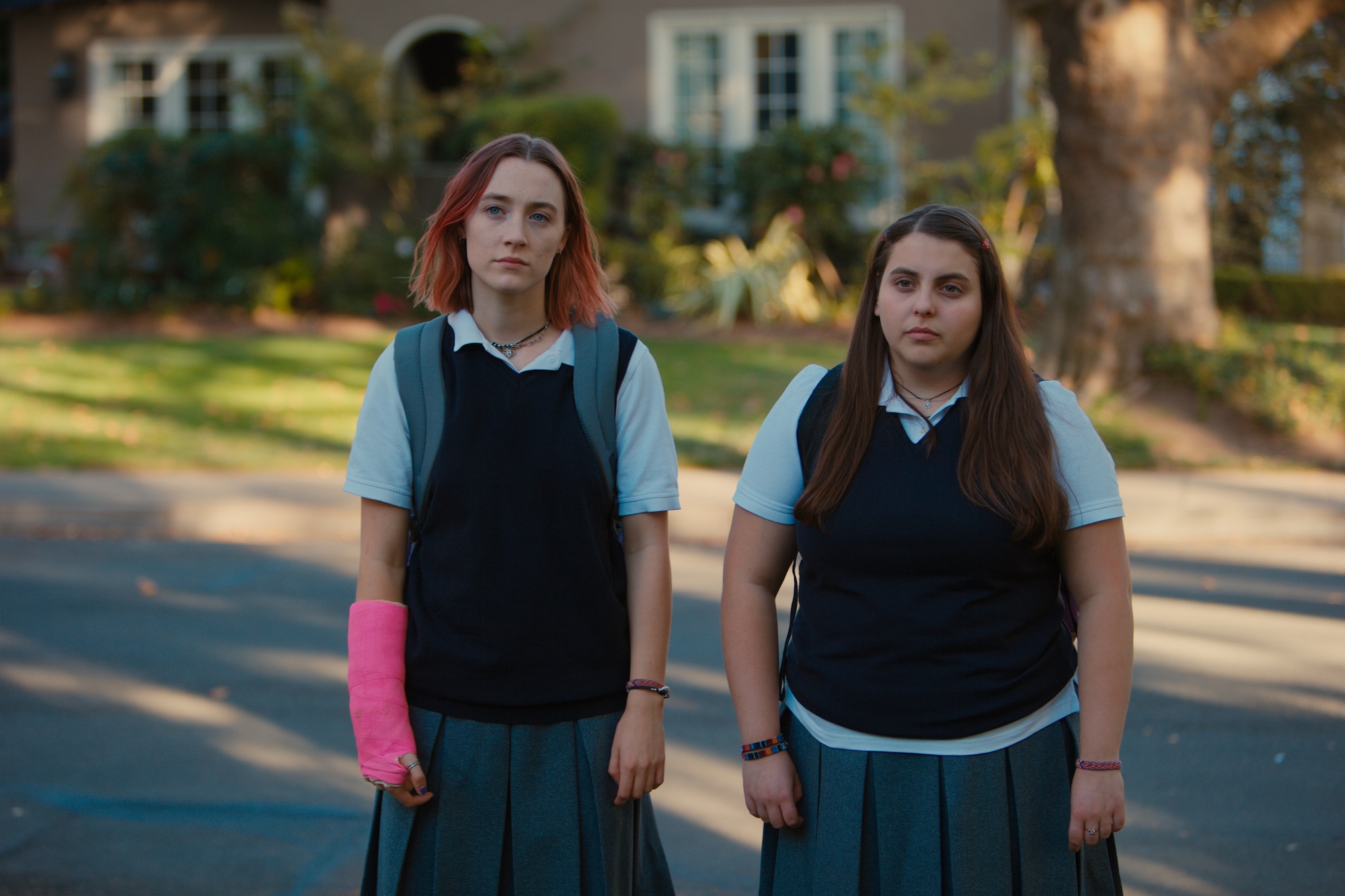 “People say that acting is listening, but I find that writing is listening as well,” says Greta Gerwig, writer and director of the beautiful new film Lady Bird. Gerwig’s successful acting career has led her to forge an unconventional, yet organic way to tell stories. We sat down with her to find out more about her screenwriting process. The story is loosely based on Gerwig’s own life and follows teenager Christine, or Lady Bird (Saoirse Ronan), as she prefers to be called. Her disparaging mother Marion (Laurie Metcalf) tries to protect her daughter from disappointment, but her words never seem to accurately express her love and concern. Mother and daughter  are at odds not because they are different, but because of how alike they are. Set in Gerwig’s hometown of Sacramento, California, Lady Bird attends Catholic school while desperately seeking an escape to New York, the land of art, theater and intellectuals.

Like many writers, Gerwig doesn’t start a screenplay with an outline. Instead, the journey begins with her characters. “I spend a lot of time with what feels like just hanging out with my characters, letting them talk to each other. They end up telling me who they are a lot of the time.”

Gerwig says that by listening to her characters, “A lot comes up that you never could have anticipated, or you didn’t know was in you, or things you didn’t know those characters were going to say. That’s always where I find the real heart of it. I don’t start with structure, for me that comes later. I start with moments and people. I build a lot of material and I overwrite.”

She says at one point, she had 350 pages of a screenplay that wasn’t narratively coherent. But that’s just part of her creative process.  In many ways, she’s like a farmer planting a garden, giving her many delicious fruits and vegetables to choose from when finally making a meal. Gerwig used a surprising inspiration when it came to her protagonist. She looked to the Catholic saints.

“In some ways, religion to me is storytelling. It’s telling me stories about what’s important in life, how people organize their lives and what are the inevitable things we’re going to mess up. We are inevitably going to mess things up. I was also very interested in reading about lives of the saints.” Gerwig says many of the saints were just teenagers when God spoke to them.

“There’s an element to them where they’re kind of bratty teenagers. They think God talked to them and told them to do something pretty big and they’re really going against their families.”

But it was St. Francis of Assisi that really stood out to Gerwig.

‘The story of St. Francis is that he heard from God and he takes off all his clothes in the town square. He says, ‘I don’t need my father’s clothes!’ and it is an amazing, beautiful story. Also, you can imagine his father going ,‘Oh God, my son is naked in the town square and he told them all he doesn’t need my money,’ Gerwig says as she acts the part of the mortified dad perfectly, dropping her head into her hands. She looks up, eyes sparkling as she continues, “There is just something deeply human about it. I wanted to have some of that trajectory of generosity and big-heartedness but also complete pettiness and just being a narcissistic teenager.“

Lady Bird is all those things: she wants to fit in, she wants to feel loved, she wants to express herself, but she also behaves in ways that are self-defeating. A dreamer, she’s always looking for something better.

Gerwig does an excellent job of setting up a character who thinks getting out of Sacramento will free her and that New York City will be her catalyst for change. But like all great protagonists, the change needs to happen within herself.

“Lady Bird has a difficult time accepting her mother’s love. It’s so much easier to fight. When she gets those letters [from her mother] at the end, she can’t take it in. She does everything to not take it in. She gets rip-roaring drunk, she makes out with someone, she winds up in the hospital, she wanders around and then she goes into the church because in some ways that’s home. When she’s listening to the choir, it all hits her. She can’t run away from it anymore. So she’s able to take it in and say thank you. To me, that is the transformation. To be able to accept that love and know that it’s unconditional. That’s a mother’s love.”