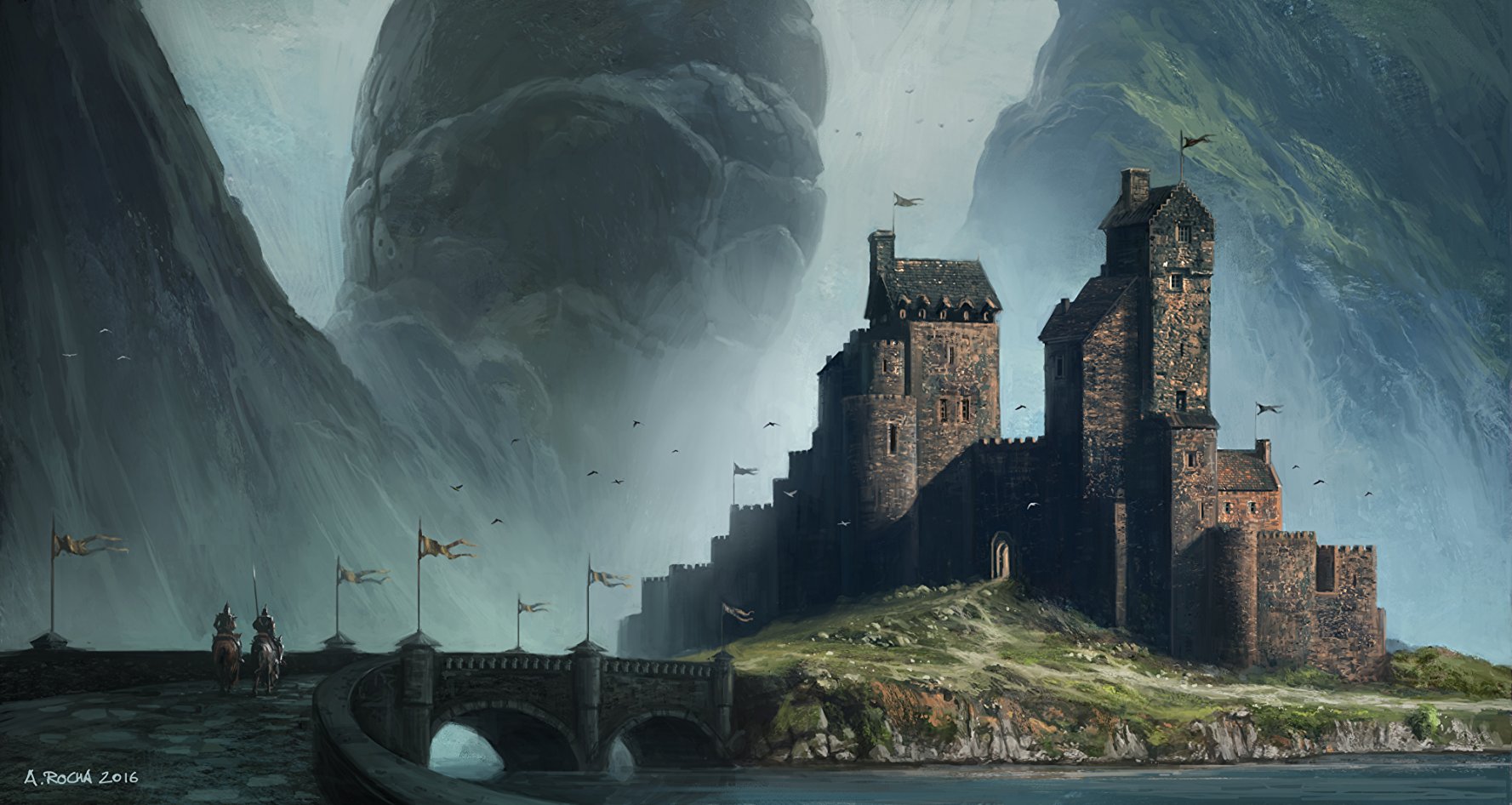 British screenwriter William Simpson was hired by 3DD Productions to write a documentary series about storytelling after someone from the production company went on vacation and became inspired by his natural surroundings. Did you get that? Let us explain. “It was one of the more remote, wild bits of the United Kingdom,” says Simpson, “and amidst the rain, wind, rocks, they were inspired to learn about stories in the area. They thought this would make a really cool series.”

Cool is an understatement. Myths and Monsters goes deep into Euro-centric stories, exploring the myths from ancient Greece, fairy tales and the Viking sagas. If the show gets picked up for a second season, Simpson tells me that stories from other cultures, “perhaps North or South America” will be explored. But I’m getting ahead of myself.

Each of the six episodes is focused on a different theme or element, all of which are very familiar. I was blown away when I realized how incredibly relevant each episode is to the script I’m writing right now. I began to see my own characters and locations in a new way. These are old concepts and old stories, but the show offers a new, modern perspective on them. As societies change, so do the stories they tell.

Let’s break down the episodes. One of the most iconic heroes of literature, Robin Hood, has very structured character traits. Photo courtesy: Netflix

Every great screenwriter knows that in addition to a great hero, a story needs an even greater villain. This provides the tension and conflict needed to fuel the drama.

This episode focuses on Joseph Campbell’s work and the famous story model The Hero’s Journey. It’s no secret that filmmakers Steven Spielberg and George Lucas have used this model for storytelling over and over again. It seems to make great movies, but I was surprised when Simpson told me he’s become a bit skeptical about The Hero’s Journey.

Makes sense – perhaps not all movies should be universal. But if you want them to do well at the box office, the hero must be relatable. Movies that follow The Hero’s Journey step by step include Lady Bird, The Matrix and The Silence of the Lambs. This is probably my favorite episode because there is so much to be gained and lost in the wilderness. There’s instant terror and but the rewards, if you survive the wild, are huge. Many fairy tales, like Little Red Riding Hood, often warn children to stay out of the woods because it’s a truly dangerous place. But cultures have been warning people to stay out of the unknown for millennia.

“The Greeks had a particular idea about it which reflected their organization of society based around cities being the very center of their lives,” says Simpson. “Other cultures had a different relationship with the wilderness, but I think all cultures project onto it a reflection of themselves.”

“You can say the wilderness is a terrible place because it’s uncivilized, it’s frightening, it’s not a place man is meant to be. On the other side, you can say it’s a purer form of life. In our cities we’ve become artificial, divorced from nature, that there is something lost in that and there is something to be rediscovered in the wilderness. Whichever way you look at it, it always reflects back on you.”

Movies that deal with the wild unknown are Jaws, The Revenant and Cast Away. War brings out the best and worst of humanity, creating big drama for a movie. It’s also a very universal theme since humans have always been at war. World War II has likely inspired more movies than all the other wars combined.

In this episode, Professor Diane Purkiss of Oxford University says, “Societies’ stories of war tell us what values they hold dear and maintain through warfare.”

2017 saw not one, but two films about Winston Churchill (Darkest Hour, Churchill). There’s clearly a longing for strong leaders in the current cultural zeitgeist.

Movies about war include Dunkirk, The Hurt Locker and Saving Private Ryan. Romance, jealousy and deception are the themes that created an entire genre of movies: the rom-com. But love obviously makes its way into other genres as well, considering how powerful an emotion it is.

Love runs unchecked through many of the Shakespearean tragedies like Othello, Romeo and Juliet and Anthony and Cleopatra. Romantic tales throughout the centuries also reflect ever-changing gender roles and cultural power structures.  Princesses were popular in fairy tales, but many modern moms cringe when their daughter says they want to be Elsa from Frozen.

Movies that revolve around a love story are Call Me by Your Name, Legally Blonde and Casablanca.

“All societies going through rapid change need myths to hold onto,” says Purkiss in this episode. If you look at The Shape of Water, it is told as a myth/fairy tale about “otherness.”  By taking the story into the realm of make-believe, we’re able to step back and see the “others” in our own society.

Movies about change and revolution include Three Billboards Outside Ebbing, Missouri, Get Out and The Post. Episode 6: “The End of All Things”

There have been many films made about the apocalypse. The end of mankind as we know it is a fear all cultures are burdened with, especially after the advent of the nuclear bomb. But floods, hurricanes and fires can be just as frightening.

Movies like The Hunger Games tell stories in a post-apocalyptic dystopian world where survival can be brutal. Movies like Geostorm tell stories about humans trying to survive natural disasters. Whether the threat is real or metaphoric, myths about the end of the world often show what a culture values most about life.

Movies that deal with the end of all things include Mad Max, The Road and This is the End.

Season 1 of Myths and Monsters is currently available on Netflix.

Isn't it Romantic? Making Sense of the Romance Genres