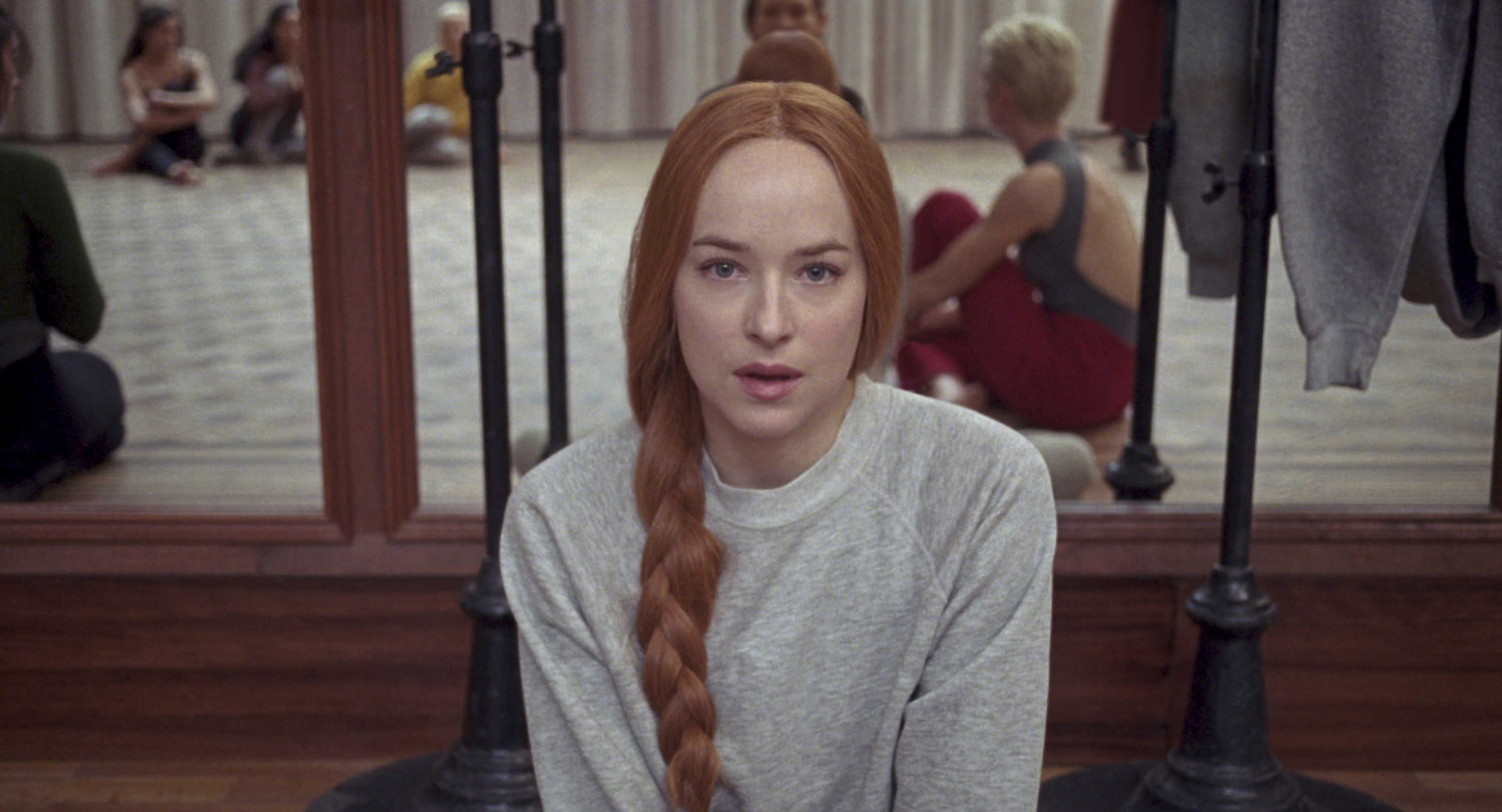 If you’re a fan of horror films from the 1970s, it’s likely you’ve seen Dario Argento’s mind-bending Suspiria from 1977. The movie is about a coven of witches operating out of a ballet academy in Germany and is a brutal examination of feminine power. Now, Amazon Studios had rebooted the strange and bloody tale, directed by Luca Guadagnina (Call Me By Your Name) and written by David Kajganich (True Story). The film stars Dakota Johnson as the young ingénue Susie and Tilda Swinton as Madame Blanc, the seasoned dance choreographer.

I was excited to chat with Kajganich because he also created/wrote one of my favorite TV shows this year, AMC’s The Terror, which is a horrifying take on the true story of two British warships that became frozen in arctic ice in 1848. Spoiler alert: things don’t end well.

Kajganich’s Suspiria is also a bleak tale but in a completely different way. It attempts to explore the power struggle within a group of women. Society has changed somewhat since the original was released in 1977, but if you read too much into the socio-political threads in either version, you’ll miss some really great horror scenes ripe with dance, magic and murder.

Kajganich was excited to remake Suspiria, especially since it made a lasting impression on him after he saw it as a teenager.

“It really blew me away,” says Kajganich, “because it’s an assault on the senses. The imagery is so intense, along with the score and the color palette. There’s just so many things about it that haunt you for the rest of your life.” But the original film, like so many European films from decades ago, can be a bit puzzling to an American audience who expects everything to be tied up with a neat little bow at the end. Kajganich saw the messiness of the original as an opportunity.

“I got really excited because there were things in the story that confused me. I thought this would be a chance to really apply a different kind of logic to the characters and try to make something out of it that is very character-based. There’s a lot going on in this film, including where people exist on a continuum of power. We wanted to spend most of our time figuring out what that power continuum looks like for women.”

While the original is set in the world of ballet, there is very little dancing. Kajganich swapped ballet for modern dance and the choreography becomes an essential part of the dark story. “Luca and I talked about how we wouldn’t just use dance in a decorative way and I suggested to him that we actually think about dance as the way in which these witches cast spells. So when you go and see a dance performance you are the target of their spell work without even knowing. We thought that would be a great reason for a coven of witches to hide in a dance company.”

Susie (Dakota Johnson) comes from a Mennonite family and escapes her mother’s harsh punishments to study dance at the Markos Dance School. But the type of education she receives is very different than the one she was expecting. “I hope that people see this film as a different kind of horror film in the sense that it’s not really about a young woman trying to survive the violence of typical horror film. It’s about a young woman whose understanding of who she is goes through a seismic change over the course of the film, so she’s not the typical ‘final girl’ that you would see in most horror films. There’s something much more empowering than that.”

What’s most exciting about the new Suspiria is that the filmmakers are going back to the roots of the horror genre and making the stories frightening again by exploring real anxieties.

“What’s most frightening about a film like The Shining isn’t the ghost – it’s the idea that a father and husband can curdle right in front of you and might want to harm you, if not kill you. The domestic violence in the film is much more frightening to me than the skeleton sitting in The Gold Room at the end.” So how did the horror genre get away from dealing in deep, existential terror? It has to do with the box office. Kajganich says that in the 1970s and early 80s, there was no expectation that horror movies would make any real money. Today, that’s totally changed.

“Now that horror films are designed to make money, they can’t risk upsetting people so they have to back off from scaring people to a position where they’re startling people. I think a lot of people feel it is the same thing — it’s fun to be startled, but I don’t think horror movies are set up today to actually upset an audience the way The Exorcist or Carpenter’s The Thing did.  Those were designed to upset you because they really are about your anxieties.”

Going even further back into the genre, he reminds me that, “Nathanial Hawthorne wasn’t interested in jump scares.”

Kajganich credits Amazon for taking such a big risk by remaking such a deeply disturbing film.

“I really appreciate that Amazon let this movie be a really weird, toothy, idiosyncratic, cranky thing that really wants to upset people, not just startle them.