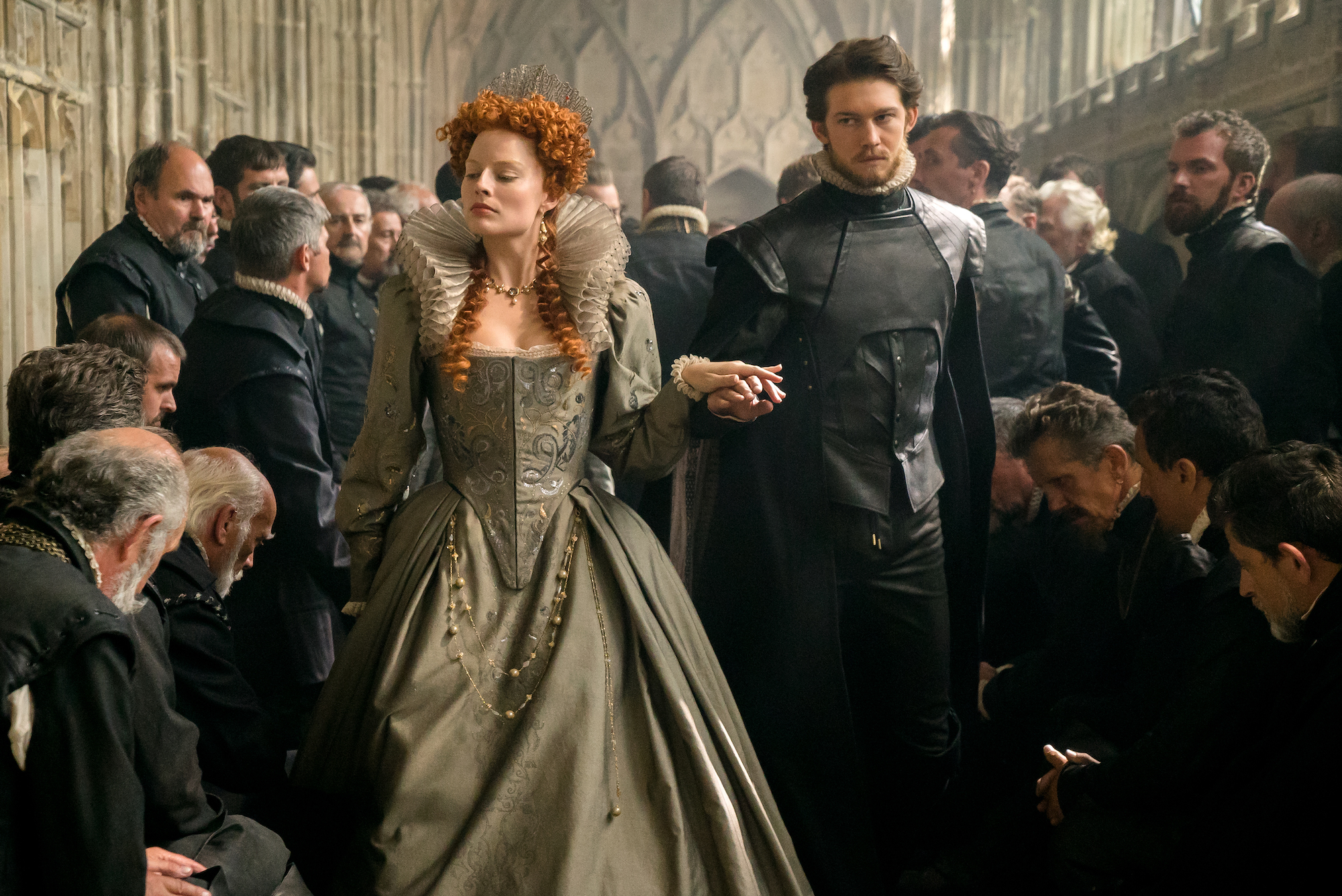 Why Mary Queen of Scots has historians freaking out The new historical epic Mary Queen of Scots is written by Beau Willimon (creator of the American version of House of Cards) and is based on the 2004 biography Mary Queen of Scots: The True Life of Mary Stuart by John Guy. Well, it’s mostly based on the biography by Guy. Willimon took a liberty with one simple scene and British historians are calling it “problematic.” I call it genius.

The rivalry of Mary Queen of Scots and Elizabeth I has been dramatized in numerous films, plays and TV shows over the years because it’s just such a powerful and shocking story. Two young female cousins both ascend to their respective thrones in the 16thcentury. A first for Europe and both women know there’s a lot at stake, and for one, it’s her head. Willimon says that over the centuries, Mary has unjustly been portrayed as the weaker of the two women.

“Mary,” says Willimon, “has often been described by historians as impulsive, reckless, overly emotional and naïve. But if you really dig deeper, you can see that a lot of that is the product of male historians who have wanted to diminish her. When you look at what she actually did and the reason she did it, she proved herself to be quite politically savvy.”

Check out Screenwriting Magazine’s Facebook page for 30 days of 1 screenplay a day!

Willimon argues that it was Elizabeth who really didn’t know what she was doing and that Mary was more prepared to be a queen.

“Mary had grown up in the court of France, she had been a crowned queen prior to returning to England and a lot of the choices she was making early on in her reign we’re not impulsive, reckless acts. They were considered deliberate strategies that would consolidate and perpetuate her own power.  If anything, it was Elizabeth who was looking to marry, saying to herself, ‘Wow, Mary seems to be getting everything right and I can’t seem to get anything right.’ Elizabeth had a lot more indecisiveness and insecurity and paranoia than Mary.”

The film a fascinating new take on a 500-year old story and breathes freshness into the ruthless dynamic between the Mary (Saoirse Ronan) and Elizabeth (Margot Robbie). When you have characters (and actresses!) this rich, Willimon thought they had to appear in at least one scene together, even if their meeting never happened in real life.

So is it okay to alter history in a movie about historical figures? Dr. Estelle Paranque, author of Elizabeth I of England through Valois Eyes, says no. Paranque thinks putting false historical events on film is a bad idea and that Scotland has so much real exciting history there’s no need to invent a false one. She told the BBC, “How many people will have a wrong version of their own history and the history of Europe? I think that is problematic.”

“I paid great attention to making sure everything we did in the film is acutely historically accurate. I felt, and Josie [Rourke, the director] did too, that there was a dramatic imperative to see these two women meet in person on screen. I also talked to John Guy [author of the biography Mary Queen of Scots: The True Life of Mary Stuart] about it and it the consensus was we didn’t want to deprive the audience or these characters.”

The scene in which Mary and Elizabeth meet is the climax of the film and Willimon says there’s a good reason to take the liberty.

“You have to realize that what you’re doing is dramatizing the essential truth of this relationship.”

The feeling and sentiments expressed in the scene is based on letters and other writings from the time.

“You’re approaching the essential truth – if not a historical truth – and sometimes that has more value then the literal chronology. We’re not the first to do that, the great Schiller play about Mary Queen of Scots also envisions a face-to-face meeting so it’s really about accessing the emotional truth of these characters.”

Of course there was another famous writer who took endless liberties with history.

“Not to compare ourselves to Shakespeare at all,” says Willimon, “but certainly that is someone you always aim to emulate, especially when you’re telling a story set in this time period. The liberty he took with real historical characters whether it’s Henry V or Richard III, he took a lot more liberties than we did and that’s okay because what he was doing was aiming for a dramatic and emotional truth that he couldn’t have accessed any other way. So in that tradition we took a liberty in that scene.”

I for one am glad he did.

Willimon has this advice for screenwriters putting historical characters on the page.

“I think the key is to realize that the they are no different than us. You can get really caught up in the fact their clothes were different and maybe they had carriages instead of cars and couldn’t text one another, but they are still contending with the same universal themes of lust, joy, trust, betrayal – all the things that make us human. If you can get into their skin on that level, they’ll feel like they are living in the present tense for you and not the past.”

8 Reasons you need to read screenplays