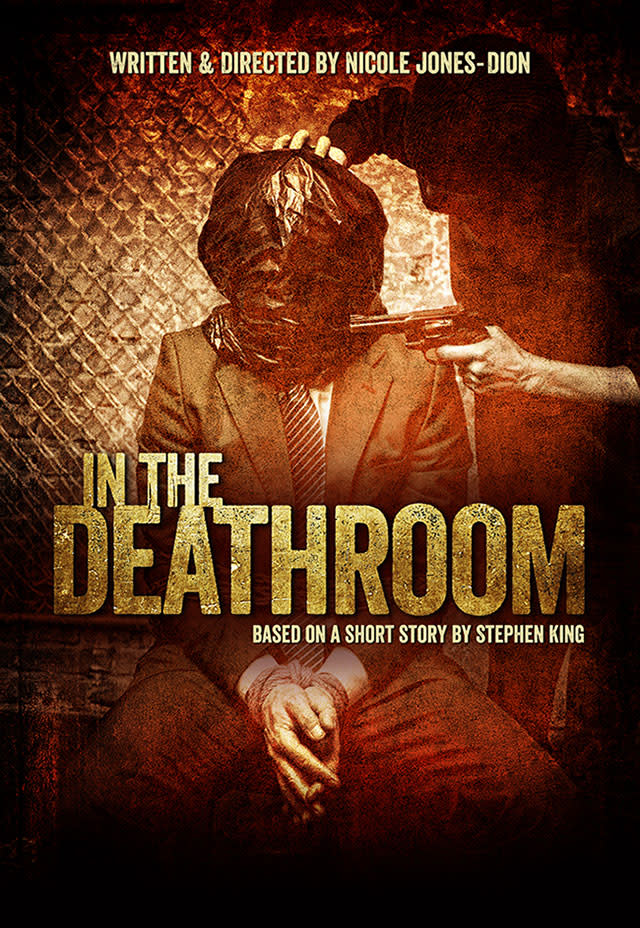 Did you know aspiring filmmakers can option a short Stephen King story for just $1? It’s called the Stephen King Dollar Baby program and that’s exactly what writer/director Nicole Jones-Dion is doing. I spoke with Jones-Dion about her project and her challenging career goals.

After helping some actor friends shoot scenes for their reels last summer, she realized one of the sets they used, an interrogation room, would make the perfect setting for King’s short story “In the Deathroom.” She optioned it for one dollar and got busy writing the screenplay.

“In the Deathroom” is about an American journalist who’s captured by a South American dictatorship after his sister is killed. Taken to the “death room” to be interrogated, the journalist knows he must go to desperate measures if he wants to leave the room alive.

Though you may not have heard of the Dollar Baby program before, it’s far from new. According to the LA Times, https://www.latimes.com/books/la-et-jc-stephen-king-20181022-story.html King started the program over four decades ago, saying, “Around 1977 or so, when I started having some popular success, I saw a way to give back a little of the joy the movies had given me.”

Sometimes it takes a writer to help another writer out. But before you pull out that crisp George Washington, Jones-Dion says, “It’s an amazing program but there are a ton of restrictions, and the selection of short stories changes constantly.” Some of those restrictions include not being able to profit from the film – at all! And you only have one year to show it at festivals. But that’s part of the appeal.

“There’s been sort of a cult status around these Dollar Babies since they are so ephemeral,” says Jones-Dion. While Jones-Dion says this is a great opportunity to work on a story conceived by the master of horror himself, she has a bigger goal in mind: she wants to work in the horror genre, a genre women are typically excluded from.

“Last year Jason Blum [producer behind the Paranormal Activityfranchise] very famously said there’s no women directors in horror and that’s frustrating for those of us women directors who do horror. So maybe by directing this high profile piece, we can get it in front of Mr. Blum and say, ‘Hey, there are some of us out here — we do exist!’” Jones-Dion became interested in horror after writing mostly historical screenplays where, “Everyone dies at the end.” But historical films are notoriously difficult to get made, mostly because they are so expensive, so she decided to ditch the history and embrace the death in a pivot to the horror genre. She finally feels like she’s found her niche and gives much of the credit to ScreenwritingU.

In addition to finding community and support through ScreenwritingU, the classes have taught Jones-Dion one very important lesson. “I’m from class 19, from back in 2008… The thing that differentiates ScreenwritingU from other classes out there is that they don’t just teach you how to write a screenplay, they teach you how to sell it. If you can’t sell it, what’s the point? Whenever I meet a screenwriter – if they’re serious about writing a script that will sell – I tell them about the SU.”