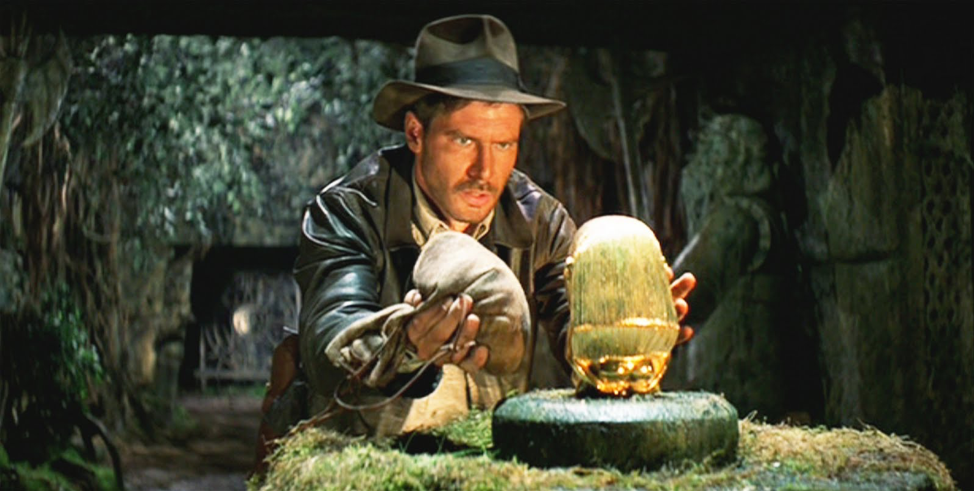 When we talk about screenwriting rules, Hollywood legend Frank Capra said it best: “There are no rules in filmmaking. Only sins. And the cardinal sin is dullness.”

This is especially true for opening scenes. You get one chance to hook an audience. There are a hundred other things to do and see, so your movie better nail them to their seats immediately or you risk losing them.

Because the opening is so important, it’s worth taking some time to craft the scene, so let’s take a look at few ways to up your game. No. 1 – Introduce your protagonist with action

Who can forget the opening scene of Raiders of the Lost Ark? Indiana Jones pops off the screen with larger-than-life adventures and thrilling action.

That last word is the operative term: action. Steven Spielberg deliberately sets the opening in the middle of a big-ticket action sequence because he knows that’s what draws audiences in. Would audiences have stayed in their seats if Jones had sat at a table, quietly discussing his prowess with a pal? It’s hard to say. But we know for sure that action is a great way to introduce your protagonist. No. 2 — Create a question to be answered

At the start of Jurassic Park, something horrifying eats a heavily-armed gamekeeper alive. How could any creature overpower men with big guns? That’s the central question of this opening action sequence. Whatever this monster is, audience are riveted and want to know what is that thing. No. 3 — Set the tone immediately

Jaws isn’t an arthouse French film. It’s not a romantic comedy, a quirky drama, or a space opera. It’s a horror film—and the audience knows it from the opening sequence. The movie begins with a woman swimming alone getting eaten alive by an oversized shark, and it only gets scarier from there. Audiences want you to set the tone in the opening scene. They want you to toss them into the deep end…so to speak.

No. 4 — Do something unexpected

Quentin Tarantino’s The Inglorious Bastards is nothing if not surprising, and we know it after watching the first scene. In it, Col. Landa visits a dairy farmer and pleasantly asks if the farmer is hiding Jews. The scene takes an unexpected turn when Landa threatens the farmer and the farmer gives up the location of the hidden Jews. A bloodbath ensues. The pleasantness of the Landa character throws audiences for a loop, which makes us wonder what other surprises Tarantino has in store for us—and that kind of curiosity is what makes audiences stay.

Not many audiences want to watch uninteresting characters kindly agree about unimportant stuff. We want conflict. We want pain. The Hunger Games gives us all that in the first sequence, when we learn Katniss and her beloved sister Primrose might both end up in a horrendous “game” that requires children to kill each other. Will they survive? The conflict is bone-deep and horrifying beyond belief, which is what makes this opening sequence captivating—and that bone-deep thrill is exactly what you want to incorporate in your own scripts.

What are your favorite opening sequences in movies? Sound off in the comments!