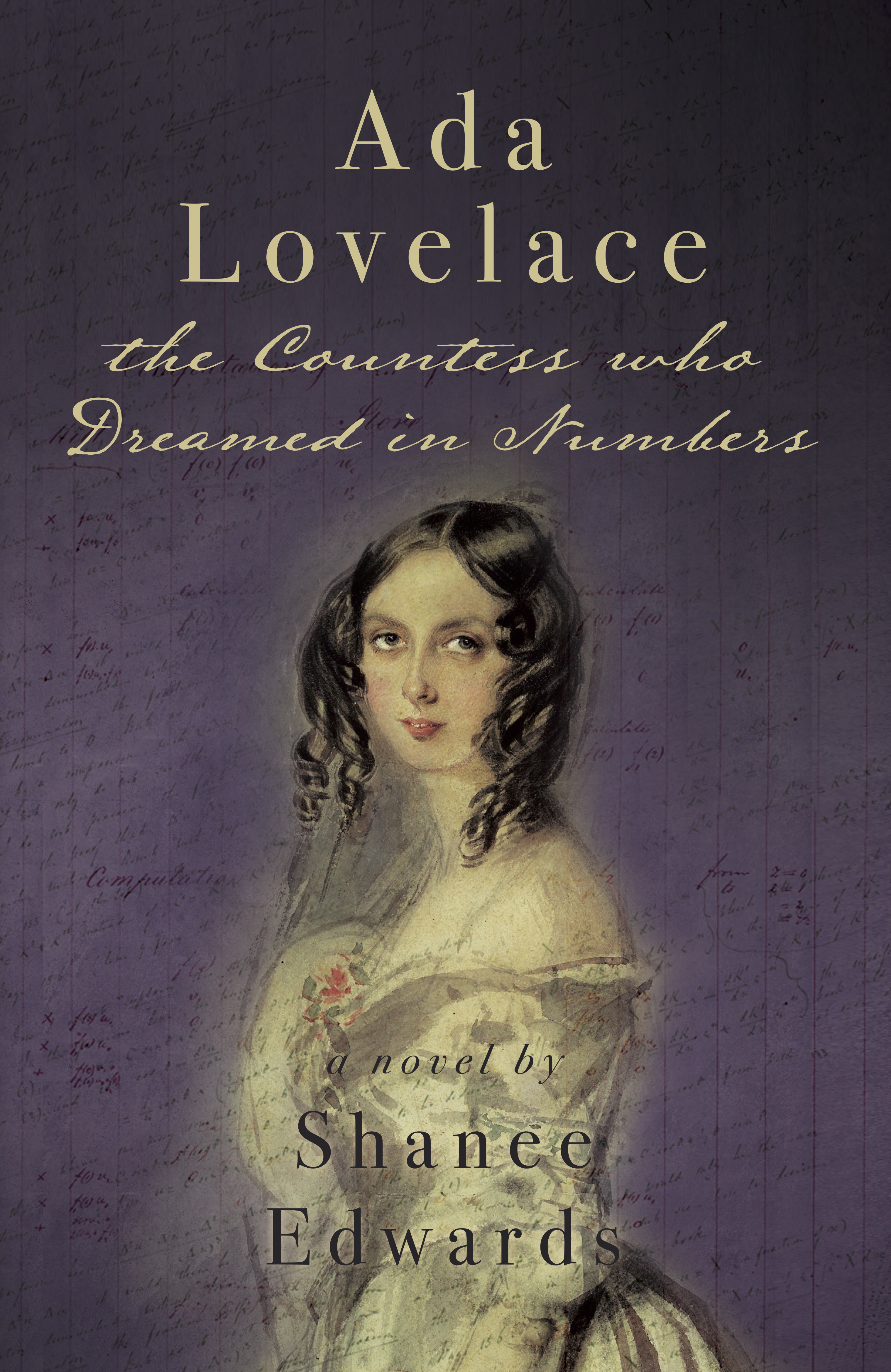 How I turned my screenplay into a novel (and how you can too!) Back when I was in film school at UCLA, a friend told me about a real woman named Ada Lovelace who lived in the 1800s. She was a mathematician and worked with inventor Charles Babbage to create programs for the world’s first computer. I read several biographies about Lovelace’s life, and though I went to film school to write broad, female-centric comedies, I decided I would try my hand at a biopic.

My screenplay about Ada Lovelace was called Enchantress of Numbers. I loved writing it, and I was so excited when it won several big awards. The screenplay also got me an agent and led to my first professional screenwriting job, writing a biopic about Charles Darwin. Enchantress was optioned, and an Oscar-nominated director was attached. It was a thrilling time in my life and I thought to myself, ‘This writing-thing is going to work out!’”

Well, all that happened over a decade ago. The Charles Darwin script was cast aside due to a competing project. And though I tried, Enchantress remains unproduced because the financing never materialized.

I was filled with self-doubt and completely disenchanted (pun intended) with the film industry. I felt like my take on Ada Lovelace’s story was unique and unexpected and I really wanted to share it. I was so frustrated by seeing so many underwhelming movies get made, I became negative and cynical. I knew I was a good writer, so I needed to find a way to get out of this emotional and professional funk, but how? A good friend suggested a “pivot.” She said to try writing the same story in a different medium. Turned out, it was great advice.

No. 1. Use your screenplay as an outline

As screenwriters, we know we have to come into a scene late and exit as early as possible. With a novel, you have the luxury to indulge in writing the entire scene from beginning to end. Do you have scenes you cut from your screenplay? Bring them back and stick them in the novel. Let them live and breathe. For me, this was a very rewarding process, almost like a visit with old friends. Fill in any “cut to” story gaps with connective tissue scenes.

This is especially important if you’re telling a historical story or one about a real person. Go through each scene in the script and decide the month and year. You will need this information for filling out details about weather, clothing and holidays later. If it’s Christmas in a cold climate, you can add the details of preparing a Christmas ham or mending a thick wool coat.

No. 3. Tell the story in the first person

While screenplays are always told in the third person with an active voice (not including narration), you also have to decide if you’re going to write your novel in first or third person. I had no idea how to choose, so I wrote my first draft of the novel in third person. It was terrible.

The more I thought about it, the thing that seemed to work best about the screenplay was my protagonist, Ada. Then it hit me that I should rewrite the novel from her perspective, in the first person. Once I made that decision, the story became much more urgent, the character relationships more powerful and I think it was easier for the reader to connect emotionally to my protagonist because now they were put inside her head, listening to her most private thoughts. This was a powerful lesson for me in terms of writing characters in any format. Emotion is king in storytelling and saying “I” or “my” is just more immediate.

No. 4. Indulge in visual details

In a novel, there are no images to help tell the story so everything needs to be described in painstaking detail. At first I hated doing this. I was used to relying on a  costume designer to make all the decisions about what a character is wearing, but now I had to become an expert in Victorian clothing. Buying a book on Victorian fashion helped me tremendously. It’s easy to Google paintings and drawings from the time period but I needed to know the names of everything from a “high bodice with a front closure” to a “skirt with five flounces, trimmed with ruching.”

Adding details about the food were probably the most fun for me since people ate crazy things in 19thCentury England like “jellied eel” and “stargazy pie” – a savory seafood pie where fish heads stick out of the top of the pie as if gazing at the stars. A screenplay has no room for details like these.

I recommend writing a draft of the novel with placeholder descriptions, then going back through the scenes and adding the details. No. 5. Perfect your “active voice”

For any type of writing to get and keep our attention, it must be active and urgent. All journalists know that a headline written in a passive voice will fail to capture a reader’s eye. Whenever possible, let the subject of your sentence make the action. Here are a few good examples of both passive and active voice.

The opening line of Jane Eyre by Charlotte Brontë could have been, “Well, I certainly didn’t want to walk in the garden, but the rain prevented it anyway.” Instead, she used an active voice and the novel starts like this, “There was no possibility of taking a walk that day.” The fact that she doesn’t tell you WHY there’s no possibility is the hook that takes you to the end of the paragraph where she finally mentions, “…clouds so somber, rain so penetrating” as the reason.

No. 6. The first paragraph of your novel should tease the experience of your story

In a screenplay, the opening image sets the tone for your movie and teases what is to come. The opening paragraph in a novel should do the same and hint at what kind of experience your reader is going to have without giving too much away. Here is mine:

All my life, I’ve been terrified my talents would be wasted.

Not only do I have an aptitude for numbers, machines

and scientific discovery, but they are my life’s passion. Curious

to a fault, independent – no, downright stubborn, I have a

mind that constantly questions the world around me. Though

opportunities for me to build, create and invent exciting new

mechanical wonders, there was one simple thing standing in

No. 7. The second paragraph should put the reader into a moment of excitement

This was difficult for me to figure out. Originally, I started the story with Ada waking up in bed with her cat before skipping breakfast and taking a back staircase up to the roof to test her flying machine. Then I realized there was a stronger hook. I decided to start with Ada on the roof, strapped into her flying machine about to jump. Here’s my second paragraph:

all my seventeen years, looking over the edge, feeling the breeze

whip through my tangled, auburn hair, I couldn’t help but

think what an exciting time it was to be alive. It was 1832 and

everyone in England was looking for new ways to harness the

power of steam. Steamboats stormed the seas and steam trains

rolled over earth, but I knew steam power offered so many

more possibilities. The world was changing fast and I wanted

to be a leader of that change. Numbers were exciting on their

own, but I wanted to apply them to something meaningful,

something extraordinary. More than anything, I wanted to

harness their power into the science of flying machines in a

If you’ve written a TV spec or pilot, you know that the end of each act sets up a question or hook that will only be answered if you wait through the commercial break. Use your chapter breaks in the same way. Pose a question or problem at the end of a chapter to keep your reader turning the pages.

No. 9. Traditional publishing vs. self-publishing

If you can get a publishing deal, definitely take it. It will save you learning how to do everything yourself. After about 20 rejections, my book was picked up by a small British publisher, saving me a lot of work. But the book industry has changed so much, self-publishing is now a fantastic option, especially if you are a person who wants to retain all creative control. The royalties are also much higher. If you self-publish, I do recommend you hire a professional copy editor, however. No. 10. You may need to change your title

Go to Amazon and search the current title you have. For me, there was another book with the same title as my screenplay, so I came up with a new title. I love what I ended up with.

Overall, I feel proud to be an “author.” It’s something I never thought I could do. I’m excited that I’m able to tell this story and know that people are reading it. If you’re a screenwriter and you really want to get your story out there, I know it’s something you can do, too.

Ada Lovelace: the Countess who Dreamed in Numbers is available on Amazon as a Kindle and print book. If you would like a signed copy, you can order one from my website: ShaneeEdwards.com at the discounted rate of $13 for the ScreenwritingU community.

13 Replies to "How I turned my screenplay into a novel (and how you can too!)"