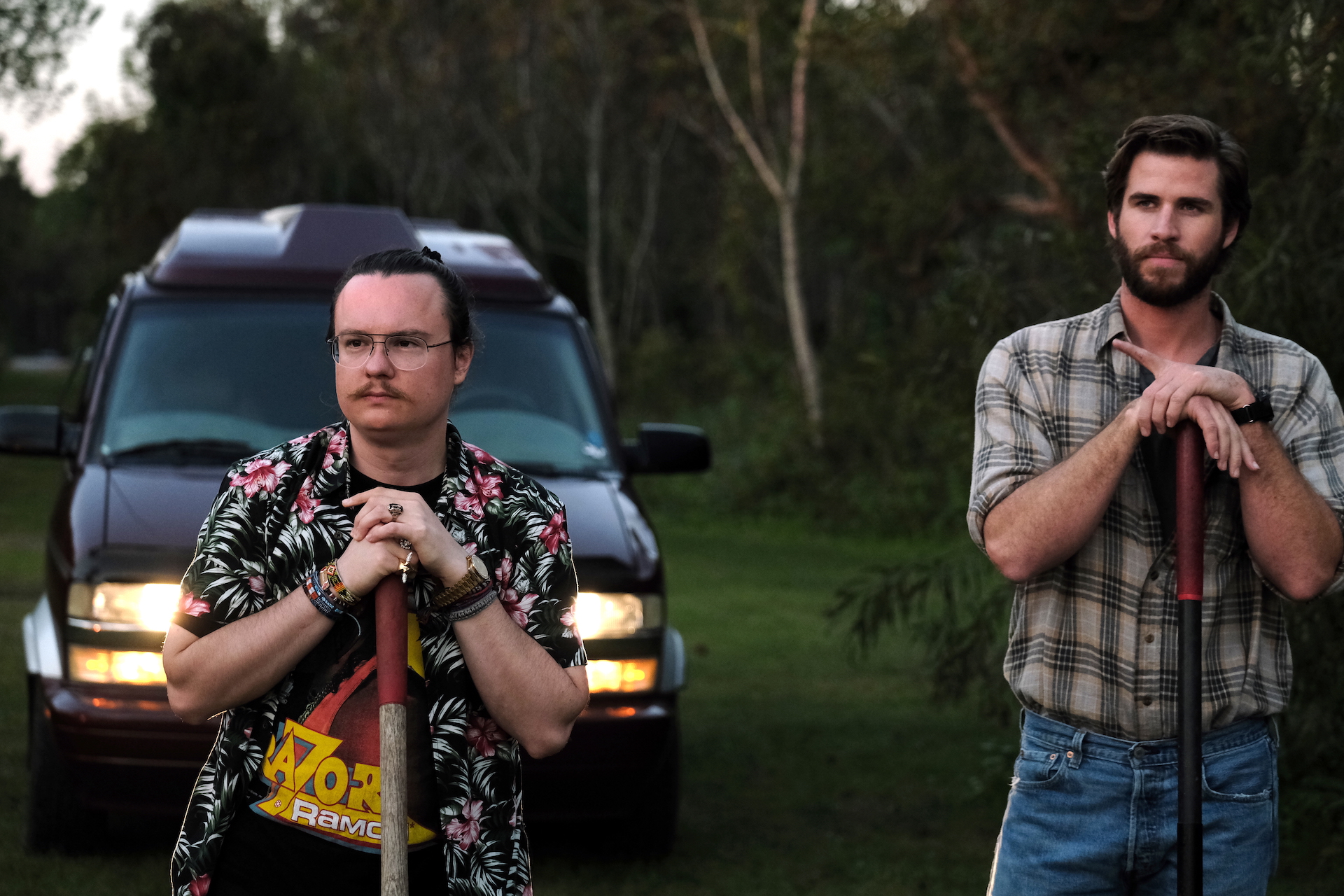 Clark Duke is best known for his comedic acting roles like Jacob in Hot Tub Time Machine, Clark on TV’s The Office, Marty in Kick-Ass and the voice of Thunk in The Croods. But he admits he’s wanted to direct a feature film since he was 12. An Arkansas native, Duke optioned the novel Arkansas by John Brandon a decade ago, and slowly but steadily made progress on a script with his writing partner, Andrew Boonkrong.

Once the script was complete, Duke was delivered a stroke of luck when movie-star Liam Hemsworth agreed to play his literal partner in crime. After that, other great actors like John Malkovitch, Vivica A. Fox and Vince Vaughn joined the cast, adding levity to the quirky, rambling story that is a delightful slice-of-life tale of Southern depravity.

A buddy story, the film focuses on Swin (Duke), a charming BS-artist and Kyle (Hemsworth), a big lug with no real aspirations, after they partner as low-level drug-runners toiling for an anonymous drug kingpin, known only as Frog (Vaughn).

To say Swin and Kyle are flawed is an understatement. Duke says, “Combined, they make one functional, complete person.” But you can’t help but feel a sense of anguish for the fast-talking Swin in his brightly colored Hawaiian shirts as he navigates a life of crime with fake-it-till-you-make-it bravado. “I wanted the audience to worry about this guy. You kind of get the sense he’s not going to make it out of this because he hasn’t earned his confidence.”

Adding to Swin’s vulnerability is the casting. “Part of that [worry] comes from the visual of casting me in the role and setting me next to Liam Hemsworth. Liam is so hard, whereas I’m so soft – for lack of a better term,” says Duke with a laugh.

But somehow, lousy circumstances level the two characters, bringing them together. “They both ended up in the same place. Kyle did it though physicality and cunning, but Swin did it through bullshit.”

By day, Swin and Kyle pose as park rangers, and take orders through Frog’s emissaries including Bright (Malkovitch,) and a woman who goes by the pronoun Her (Fox) in case her phone gets tapped. Adding to the complexity, Swin gets romantically involved with Johnna (Eden Brolin), further adding pressure to his buddy relationship with Kyle by sharing their secrets with her. When a drug deal goes horribly wrong, the road to survival for Swin and Kyle becomes quite bumpy.

Eden Brolin (daughter of Josh), adds heart to the film as Johnna. As soon as she enters the story, the stakes immediately get higher. “There’s something in the love story with Johnna, and it’s got a Butch Cassidy [and The] Sundance [Kid] vibe, you can tell she loves both these guys. It’s not necessarily a romantic, sexual thing, but it’s like they’re all in the same relationship. It also reminds me of Once Upon a Time in the West which was my biggest touchstone visually, stylistically, that I kept coming back to in the film. In my head, thematically, the movie was always a Western.”

Duke grew up in Hot Springs, Arkansas, and knows a thing or two about Southern depravity. Turns out it’s in his genes. Duke’s own grandfather was a “tertiary character in the Dixie Mafia. The FBI used the term ‘known associate,’” says Duke, adding, “I had always wanted to write about my grandfather so the book answered that thematically for me.”

Getting the film made was a long road according to Duke who said he didn’t get a lot of support. “Even my own reps didn’t want me to write or direct. They never seemed that enthused by it, but I have wanted to be a movie director my whole life,” he says. With persistence and patience, he  pulled off making the movie but then faced a new stumbling block: releasing the film during a pandemic. 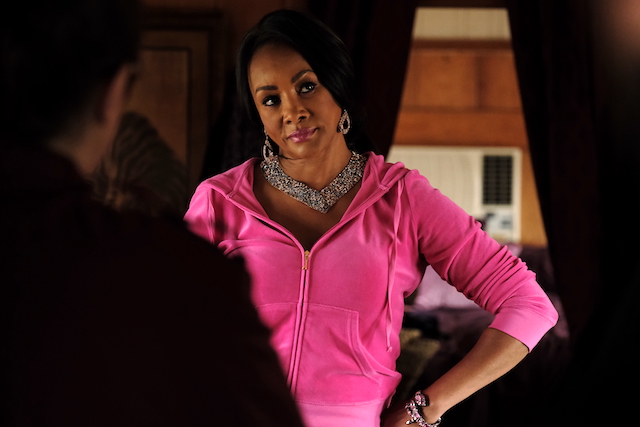 Vivica A. Fox as Her courtesy of Lions Gate Films

“From a personal perspective,” says Duke, “and as someone who’s been trying to make this movie for 10 years – that’s really a third of my life – it’s devastating, it’s awful. We were supposed to premiere at South By Southwest and as a Southern filmmaker, that was my dream. I feel like we had to skip all the fun parts of getting a movie out. Like a lot of people, we missed our prom and graduation.”

While not premiering at SXSW and not getting a theatrical release has been a disappointment, he says he knows things could be a lot worse. “I feel guilty about complaining too much because this is a very luxurious problem to have compared to what so many people are going through.” While he says it’s been a tough pill to swallow, he only hopes that since many people are looking for escapism right now, maybe Arkansas will find a bigger audience on VOD and on streaming platforms like Amazon and Apple+ where it is currently available.

How to Survive Writing During a Pandemic