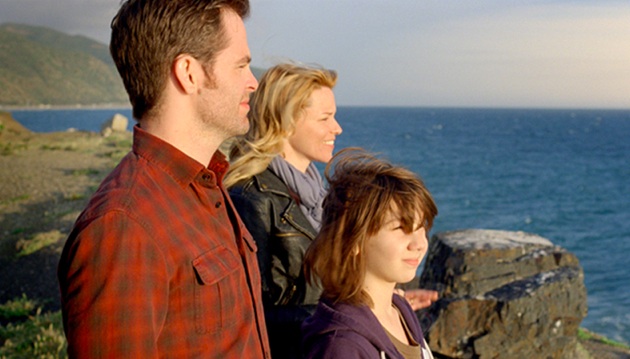 Interview: Screenwriter Jody Lambert on Indie Drama, PEOPLE LIKE US

“I don’t think we ever thought this movie was going to be made at a studio and at this level,” says screenwriter Jody Lambert from the Four Seasons in Beverly Hills while conducting a one-on-one interview with ScreenwritingU about his new film People Like Us.

And, why is that? Because this film was such a departure from the type of movie the other two screenwriters on this project had already done. Lambert was the third writer on People Like Us, but he wasn’t the first. He was brought on by his college buddies Alex Kurtzman and Roberto Orci.

Kurtzman and Orci are a well known writing team, but not one that writes dramas. Their credit list includes Transformers, Star Trek, Cowboys & Aliens, Mission: Impossible III and The Legend of Zorro, to name a few.

ScreenwritingU sat down with Lambert to see how People Like Us went from a dream project to a reality with a little help from some friends.

An indie drama about a man who finds out his father had another family and his sister is due to get $150,000 of the inheritance isn’t quite what people were expecting. That’s where screenwriter Jody Lambert comes in. The documentary producer knew Kurtzman and Orci in college and since then has been focusing on more character driven material and real life stories. He was just the guy they were looking for to bring flesh and bones to their indie drama.

People Like Us is a quiet movie about two people getting to know each. It doesn’t have any romance, car chases or explosions (well that’s not entirely true, there is one little explosion in the beginning). “The kid blows up a pool,” says Lambert. Why? Because Lambert did that when he was in school, he told us after the interview. Kurtzman and Orci didn’t even pitch that idea.

People Like Us stars Chris Pine (Star Trek, This Means War, Unstoppable), Elizabeth Banks (The Hunger Games, The 40 Year Old Virgin, What to Expect When You’re Expecting), Olivia Wilde (TRON: Legacy, In Time, The Change-Up) and Michelle Pfeiffer (Dark Shadows, What Lies Beneath, Scarface). It releases in theaters June 29.

No Replies to "Interview: Screenwriter Jody Lambert on Indie Drama, PEOPLE LIKE US"