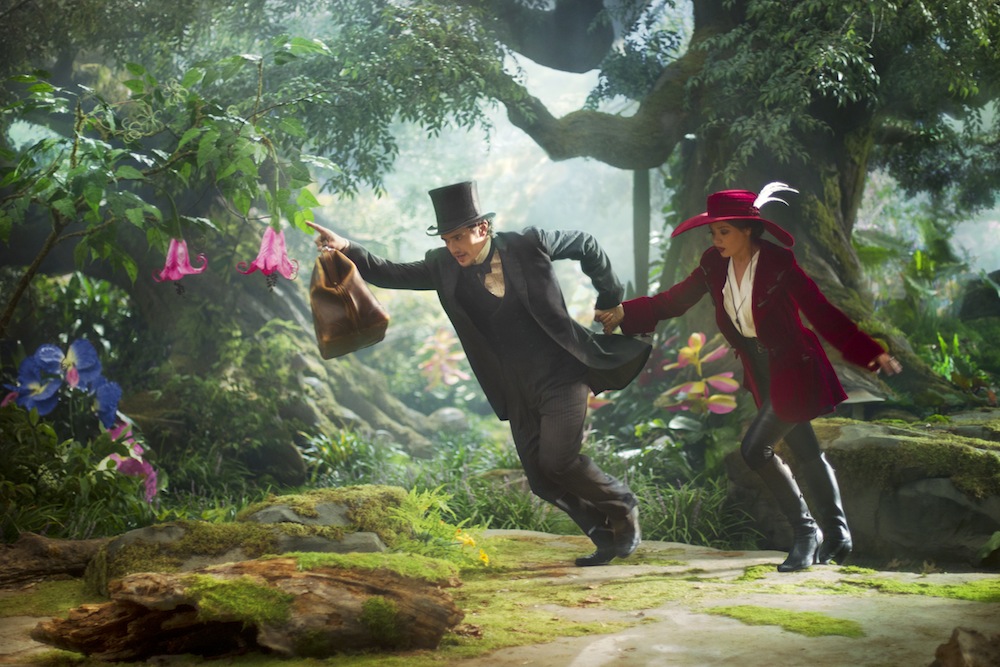 Writing the origin story to The Wizard of Oz was a longtime passion for screenwriter Mitch Kapner. Too bad everyone in Hollywood told him he was crazy as soon as he mentioned the idea.

“It’s an idea I had and would talk about years and years and years ago,” said Kapner. Studio executives would often ask in meetings if Kapner had a passion project that he would like to write.

“I always wanted to tell the wizard story, how the wizard became the Wizard of Oz,” he answered.  After a long pause he would always hear, “Thank you very much.” And the meeting was over.

That is, until his idea caught the ear of a young producer Palak Patel, who had been working on Alice in Wonderland with Joe Roth (Snow White and the Huntsman, Knight and Day). Patel liked the idea and took it to Roth. From there, the movie became a reality. All Kapner had to do now was write the script.

“I went back and read several of the books…” said Kapner of the original children’s books written by L. Frank Baum. But what he found in his research was that there wasn’t much to go on. “The books really started with Dorothy’s arrival. In a couple of them… the wizard told Dorothy how he got there, but it was only a couple of paragraphs, so the rest of it was making it up.”

After Kapner had the story intact, he also had to deal with everyone’s expectations. ScreenwritingU sits down with Kapner to hear all the details on this amazing journey of rebuilding Oz.