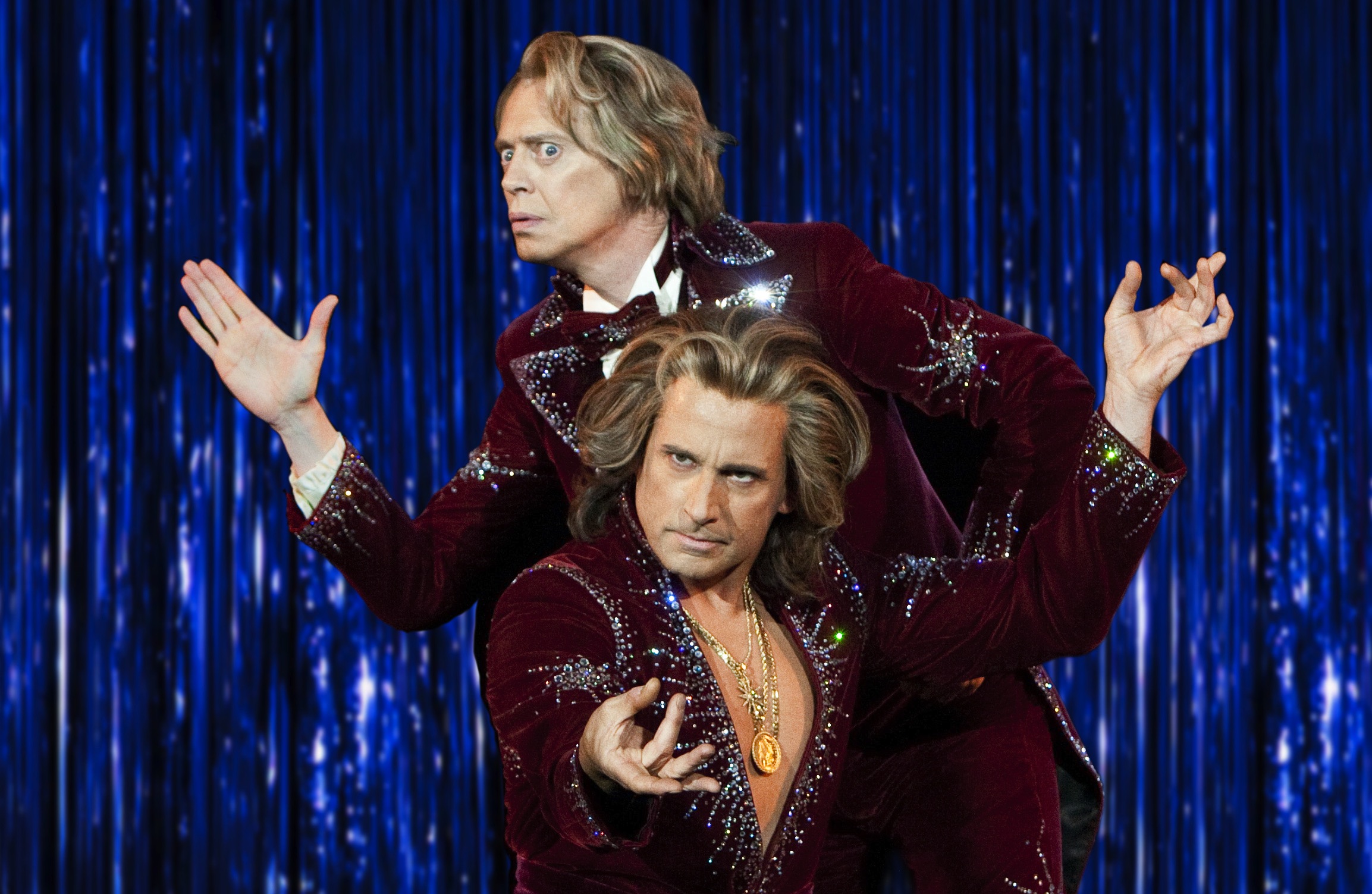 The screenwriters who brought you the hilarious murder caper Horrible Bosses in the summer of 2011 are at it again with The Incredible Burt Wonderstone. Jonathan Goldstein and John Francis Daley co-wrote the new comedy about a tired magician who has to find his mojo again when everyone he works with gives up on him.

The film stars Steve Carell, Jim Carrey, Steve Buscemi and Olivia Wilde. With a cast like that, is it tough to write an outrageous comedy that stays grounded to the plot and characters?

“We went though a lot of research figuring out how to ground the world in Vegas magic, and also make it really funny. It’s already so heightened, that any more exaggeration it would be too ridiculous,” said Daley.

This isn’t Bradley Cooper’s Las Vegas. It’s one where Daley and Goldstein wanted to make sure the audience felt the stakes were real for the people making their lives as performers in Las Vegas. “After you’ve found yourself at noon literally running down the strip in 90 degree heat to make it from a comedy magic show to a big cat magic show, you start to feel what the world is,” said Goldstein.

“Where The Hangover sort of shows the seedy underbelly of Vegas, we wanted to show the glitzy kind of tourist perspective of it while at the same time, behind the scenes of what these guys lives are really like,” said Daley.

Once the world is established, how does this writing team deal with all these voices? There are so many comedians in this film, it must be tough to balance all the suggestions. Sometimes there’s improv, and other times it’s rewrites, on a very tight schedule.

“There were a couple of moments where we had to do some serious rewrites on the day based on things that came up in rehearsal. It was challenging but also gratifying,” said Daley. “We would have to figure out last minute how to change it without breaking the house of cards and hurting the timeline of the story.”

ScreenwritingU sat down with co-writers John Francis Daley and Jonathan Goldstein to get the skinny on the world of Vegas magic and working with some of the most famous comedians of all time. The Incredible Burt Wonderstone releases in theaters March 15.