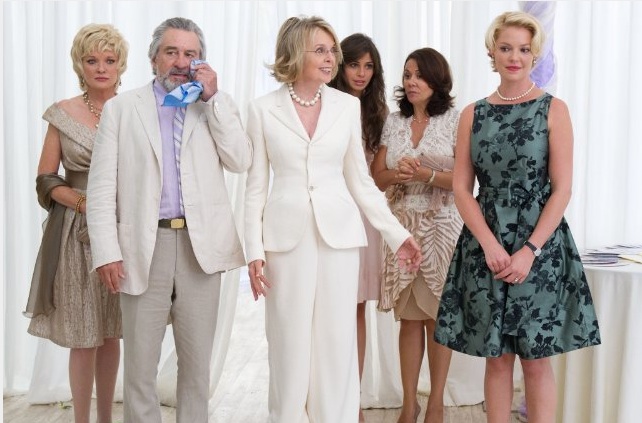 Adapting a film from a book is one thing, but what do you do when you’re asked to adapt a foreign film into a Hollywood production? Screenwriter Justin Zackham, best known for writing the heartfelt dramedy The Bucket List, decided taking on this kind of adaptation for his first foray into the world of writing and directing.

The French film, Mon Frere Se Marie, which translates into “my brother gets married,” came out in 2006. The film is about a couple whose adoptive son is getting married. The family has invited the birth mother to the wedding, only to find out she is from a much more conservative Vietnamese background than they expected. When it becomes clear that the son can’t tell her his mother that his adoptive parents have since divorced, the farce begins.

Zackham took that idea and moved the family to one of the wealthiest communities in Connecticut. He changed the birth mother’s home to Columbia and based the family characters off of people he knew growing up in this northeastern part of the country.

“The hardest part is introducing all the storylines,” said Zackham. “I had no idea what was going to happen,” he said. He wrote without an outline in a free form style to allow the story to pull him through the drama.

Writing an ensemble is difficult in that there isn’t typically one protagonist. But did Zackham anchor the film around one character…? He said he chose Diane Keaton’s character to start off the film, as she arrives in Connecticut on the weekend of her adoptive son’s wedding.

Robert De Niro plays her ex-husband who is now in a relationship with Susan Sarandon, Keaton’s character’s ex-best friend. The children are played by Katherine Heigl, Topher Grace and Ben Barnes. Amanda Seyfried co-stars as the adorable fiancé.

ScreenwritingU sat down with Zackham to get the details on how he managed the writing and this A-list cast.

No Replies to "Screenwriter Justin Zackham on THE BIG WEDDING"