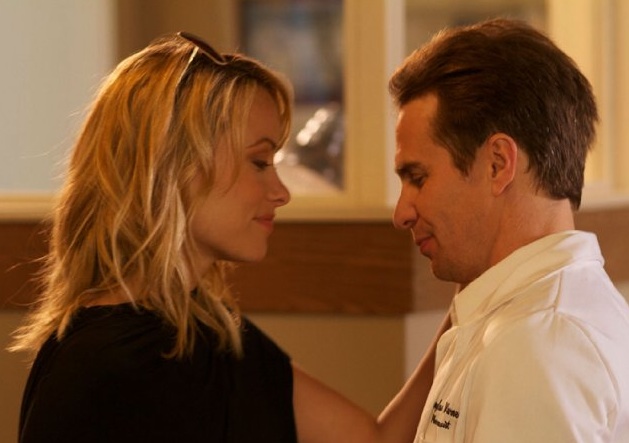 Geoff Moore and David Posamentier on BETTER LIVING THROUGH CHEMISTRY

“The script that we shot was almost the same as the script that we set up,” says Geoff Moore, co-writer and director, of his new indie comedy Better Living Through Chemistry. Shooting the script you wrote is a rarity in Hollywood. Things have a tendency to change once more people get involved in the story process. Moore and his writing and directing partner David Posamentier attribute the ease of producing this indie comedy to their solid partnership.

“We have the utmost faith and confidence in each other to handle things,” says Posamentier. The team wrote and directed the script, which is becoming more popular. Another recent hit, The Lego Movie, was written and directed by  writing team Phil Lord and Christopher Miller. And everyone knows, Joel and Ethan Coen have been doing it for years. So, why not write a script with your partner and direct it, too?

Better Living Through Chemistry is about a small town pharmacist, played by Sam Rockwell, who needs a jolt in his life. When a young, hot housewife, played by Olivia Wilde, challenges him to use his authority as a pharmacist to prescribe himself with recreational drugs, his life changes forever.

Posamentier describes filming on an indie budget. “We had a crazy day on set where Olivia was wrapping out and she was getting on a plane to go on vacation to Jamaica the next day. We were losing the light and we were like, what do we do? We still had to get some in the car and in the pharmacy. Well, there’s two of us. One of us can go out in the car and get some shots with Olivia and the other person can stay in the pharmacy and do insert shots and pills and all these other thing we were going to lose as well,” he says.

The power of a partner when it comes to crunch time. “You have someone in your life that can give you the hard truth,” says Moore.  “If you have a trusted confidant on all levels, it can only be good.” ScreenwritingU sat down with the writing/directing duo to get their secrets on making it work.