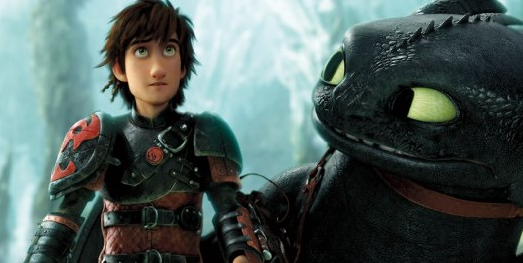 Why do audiences groan when they hear the word sequel, but still everyone turns out in droves to see the film? Because people love characters. And if the first film was a success – much like the animated movie How to Train Your Dragon was –audiences want more of what they fell in love with the first time.

Writer and director Dean DeBlois, who co-wrote and co-directed the first film, went solo on the sequel and definitely felt the burden of trying to please the fans, the studio and himself.

He began the process by studying what he says is the best sequel in movie history – The Empire Strikes Back. “They took everything I loved about Star Wars and made it deeper and richer and more fun, new characters, new worlds, the stakes got bigger and the whole universe expanded,” he said.

In the first Dragon movie, audiences are introduced to the junior Viking Hiccup, voiced by Jay Baruchel, as he ventures out to hunt dragons but ends up befriending the one he’s trying to capture.

In the sequel, dragons are now living among humans and not everyone is on board with the mingling. When asked how DeBlois managed all the new characters and the new world, he said the key is, “Staying true to the characters… it helps shape anything you might have that’s gratuitous.”

ScreenwritingU sat down with the writer/director to hear his secret to getting it all down on the page, and also to mine for a few clues about the third film, which is already in the works. What does DeBlois like best about this trilogy? “It’s a movie I would want to see as a 10-year-old and now as a 44-year-old,” he said.

How to Train Your Dragon 2 releases in theaters July 13. It features the voices of Gerard Butler, Cate Blanchett and America Ferrera.