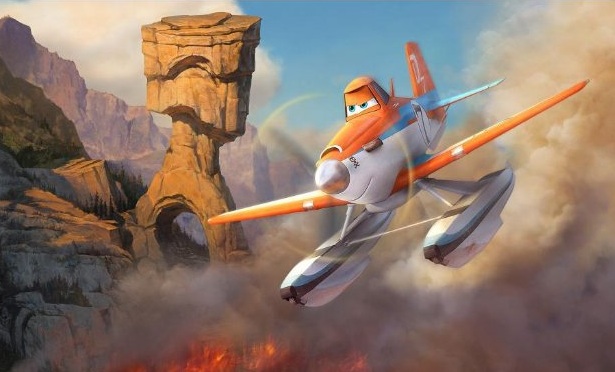 Screenwriter Jeff Howard is making quite a name for himself in the world of animation. He’s written two Tinker Bell movies, as well as The Pirate Fairy, the first Planes and Pixie Hollow Games.

But he wasn’t always part of the “story trust,” as it’s called at Disney, now that they’ve adopted the Pixar story development process known as the “brain trust.” The story trust is a group of writers, directors, animators and basically anyone with an opinion on the movie. They all get together with the adopted philosophy “none of us is as smart as all of us.”

With that, the sequel to the first Planes movie was developed. Planes: Fire & Rescue brings about the return of the character of Dusty Crophopper on a new adventure, one where he trains to become a fire and rescue airplane.

Howard discusses the challenges of getting all the details just right. He and some of his “story trust” coworkers visited national parks and ranger stations to learn about aircraft and fires. What they soon discovered is that these planes are often repurposed and in a sense, getting a “second chance” at life. When they found that, they found their story for the sequel.

ScreenwritingU sat down with Howard to get the skinny on how he works with the “story trust” and what it’s like for newcomers who want to break in. Although it might seem like the holy grail of writing opportunities, the easiest way to get noticed is to have a passion for storytelling.

No Replies to "Screenwriter Jeff Howard on PLANES: FIRE & RESCUE"