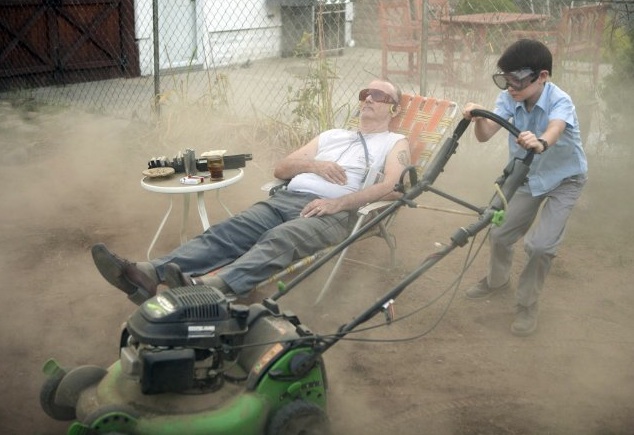 How To | Interviews | Writing Film

How to call Bill Murray’s 1-800 number according to ST. VINCENT writer/director

St. Vincent writer/director Ted Melfi thought it was more than a little quirky when he left a slue of messages for Bill Murray on his 1-800 number. He thought, this can’t be the means by which you get a screenplay to an A-list actor like Murray. But it was. Apparently, the 1-800 number was the only way to get in touch. “He has no contact with anyone in Hollywood outside of an attorney,” said Melfi.

So, how to proceed? Well, dialing the number is the first step. So, Melfi dials and he dials and after a few weeks of leaving messages in a blank voicemail box, he decides to call Murray’s lawyer. The lawyer says, “Did you try the 1-800 number?” That’s how he gets in touch with the actor, too. Melfi said he felt like he was never going to get through, but he didn’t give up.

He continued to leave voicemails and requests with the lawyer, and soon it paid off. CUT TO: Melfi is meeting Murray at LAX and together they embark on a seven-hour journey that ends in the Pechanga Indian Reservation. Where’s that? According to Melfi, “You go to San Diego and take a left for an hour.”

Murray agreed to do the movie and from there things were off. “It’s awe-inspiring really,” said Melfi. “He’s the most present, in the moment person you’ve ever meet in your life, so you’ve got to strap on seatbelts.”

Soon after, Melissa McCarthy signed on. According to Melfi, producer Harvey Weinstein wasn’t so sure about that casting choice. Weinstein apparently made McCarthy, who plays Murray’s neighbor in the film, audition for the part. What?!

The story only gets better, and ScreenwritingU sat down with Melfi to get the details on how he made the little indie film that everyone is talking about. St. Vincent releases into theaters October 24.

1 Reply to "How to call Bill Murray’s 1-800 number according to ST. VINCENT writer/director"