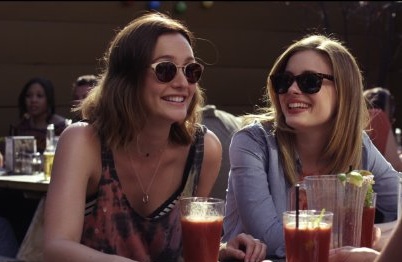 “Romantic relationships come and go, but friends are supposed to be forever,” says writer/director Susanna Fogel of the premise for her new female buddy comedy,

The quirky indie takes a look at two best friends who find their relationship challenged when one gets a serious boyfriend. How can these two friends accept the change in their lives and also remain as close as they once were? That’s a question that comes up all too often in very close friendships, says Fogel, who wrote the script with her writing partner Joni Lefkowitz. The pair also co-created the TV show Chasing Life.

Whey Fogel and Lefkowitz originally came up with the idea for Life Partners, the story was focused more on the political issue at hand — that the straight friend was allowed to get married, while the gay friend was not. After time and a change in the political landscape, the writers decided to focus on the friendship which helped them get to the heart of what the film was about.

“Having a friend breakup feels as painful as any other kind,” Fogel says of the topic. But it’s just not something she’s seen much about in movies. ScreenwritingU sat down with Fogel to get the details on directing her first feature and riding the wave of female buddy movies in Hollywood.

No Replies to "Writer/director Susanna Fogel on LIFE PARTNERS"