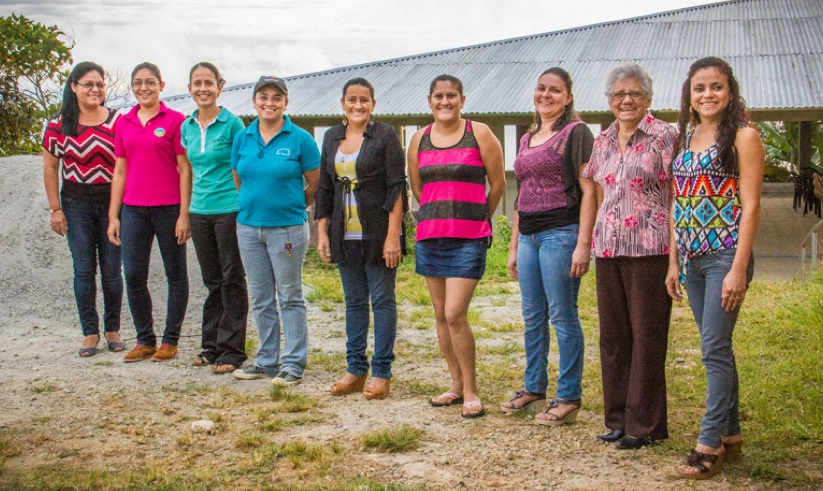 Lesley Chilcott started her career as a documentary producer working on Al Gore’s global warming film An Inconvenient Truth and from there went onto produce a documentary about the world of education, Waiting for ‘Superman.’ Now Chilcott has helmed her first documentary as a director – A Small Section of the World.

A Small Section of the World is the quiet, intense story about a group of women living in Costa Rica who started a coffee farm. Sounds like an easy enough task, only these women had never worked in the coffee industry before. After suffering a loss of their husbands due to death or abandonment, the women of this small region decided they had to do something to provide for their families.

So, without knowing much about coffee or how to build a company, they jumped in full force. The result was – without its share of bumps and hardships along the way – a successful group of female coffee producers known as Asombi (Asociación de Mujeres Organizadas de Biolley).

Chilcott and her crew went to Costa Rica and recorded the history of these women. “2014 seems to be the year of the woman,” says Chilcott of her experience. She talks about how this film about female empowerment became a “universal topic” for audiences everywhere.  ScreenwritingU sat down with the producer/director to hear about this whirlwind journey where she shot, edited and produced a documentary in one year.

The film’s anthem was written by Alanis Morissette. A Small Section of the World releases on VOD December 16.