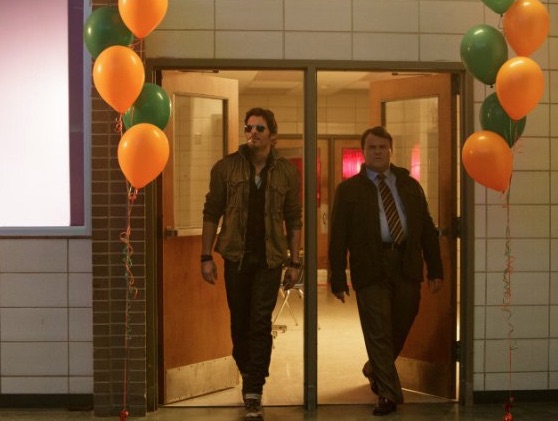 How far would you go to change the reputation you had in high school? That’s the premise of the new indie comedy The D Train starring Jack Black and James Marsden.

Writing partners Jarrad Paul and Andrew Mogel (Yes Man) wrote and directed the film after years of writing studio films. “You have to accomplish things in those kinds of movies, and we were exited to direct this movie on a smaller scale. And, it was more personal and darker and used our weirder sensibilities and that was freeing as writers,” Paul says.

The story is set in middle America, centered around a very middle American, Dan Landsman (played by Black). He’s in charge of organizing his high school reunion, but when he realizes that not even the people on the reunion committee like him, he decides to go out and find the coolest guy from high school (Marsden) with hopes to convince him to come to the reunion.

ScreenwritingU sat down with the writing duo to talk about their process, how they come up with ideas and what it’s like to be on set with Black and Marsden. “They improvised and added to what was there, but what was really remarkable about Jack was that he trusted us from the beginning,” says Mogel.

And without giving too much away, there is a very eye-opening scene in the middle of the movie that will leave audiences wondering how this character is going to handle the consequences of a night gone totally awry with his high school idol.

The D Train releases in theaters May 8 and co-stars Kathryn Hahn and Jeffrey Tambor.