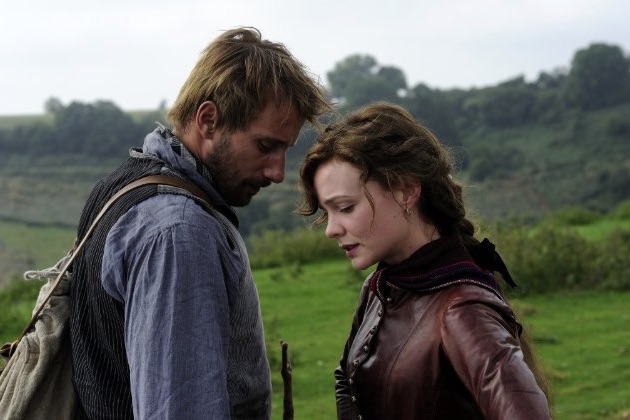 Carey Mulligan plays Bathsheba Everdene in Hollywood’s fourth official screen adaptation of the popular Thomas Hardy novel, Far From the Madding Crowd. Set in in Victorian England, the film follows Everdene’s character as she comes into a large inheritance and suddenly finds herself with three possible suitors with whom she could make her husband.

No stranger to the classic period adaptation, screenwriter David Nicholls penned this version just after having written Tess of the D’Urbervilles for the BBC and Great Expectations starring Ralph Fiennes and Helena Bonham Carter.

Nicholls adaptation of the Hardy book is so faithful, he says, there are only a few scenes — less than four — that aren’t taken directly from the novel. When Nicholls adapts, he says, his main concern is the “fans.”

ScreenwritingU sat down with the writer to learn his tricks of the trade. When adapting a piece of literature so beloved by so many, there’s a lot of pressure to get it right. “I’m scared of the Thomas Hardy association,” says Nicholls.

Nicholls discusses what it’s like to work with director Thomas Vinterberg (The Hunt) who considers both the Hardy fan and the moviegoer who might not have read the book equally important.

Far from the Madding Crowd releases in theaters May 1. The film co-stars Matthias Schoenaerts (Lewis and Clark), Michael Sheen (The Twilight Saga, Midnight in Paris, The Queen) and Juno Temple (Maleficent, Atonement, The Dark Knight Rises).

No Replies to "David Nicholls on FAR FROM THE MADDING CROWD"