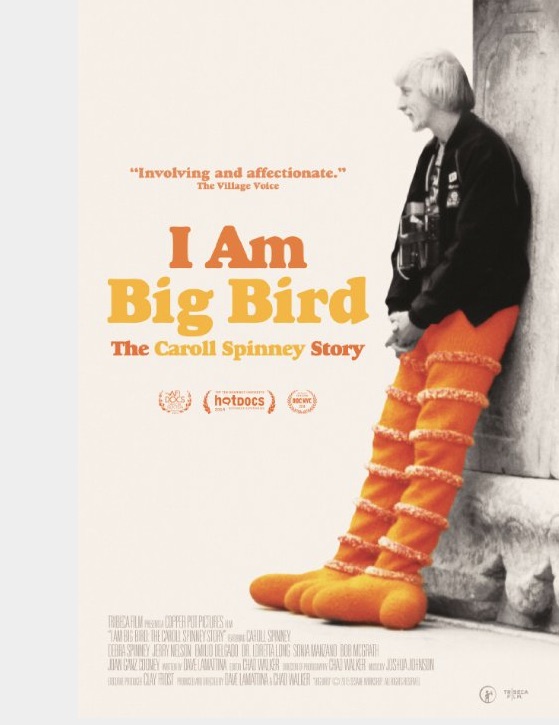 He’s big. He’s yellow. He’s super friendly. He’s Big Bird, the iconic muppet character who stars on the PBS show Sesame Street. You might know a lot about Big Bird… his sweet and sensitive nature, but chances are you probably know nothing about the man who has stood inside the suit for more than 40 years. His name is Caroll Spinney, and he’s not only one of the longest-running performers on the show, but he is also the voice of Oscar the Grouch.

When documentarians Dave LaMattina and Chad Walker met with Spinney and his wife Debra and discovered they had chronicled almost every step Big Bird made over the past four decades, the filmmakers knew they had something special. The duo went through more than 500 hours of film from childhood to Jim Henson’s death to Sesame Street‘s later years and even what happened when Elmo came onto the scene. Spinney is 80-years-old and has no plans of retiring. He still performs on Sesame Street and has since 1969.
The film covers Spinney’s life including his early childhood where he was subjected to bullying at home and school. I Am Big Bird: The Caroll Spinney Story releases in theaters nationwide May 15. ScreenwritingU sat down with the documentarians to learn about their process, what it was like to interview the cast and crew of Sesame Street and how spending five years chronicling one man’s life and work can leave a lasting impression on how they view the cultural importance of this big-feathered friend.
LISTEN TO THE PODCAST HERE:

1 Reply to "Dave LaMattina and Chad Walker on I AM BIG BIRD: THE CAROLL SPINNEY STORY"