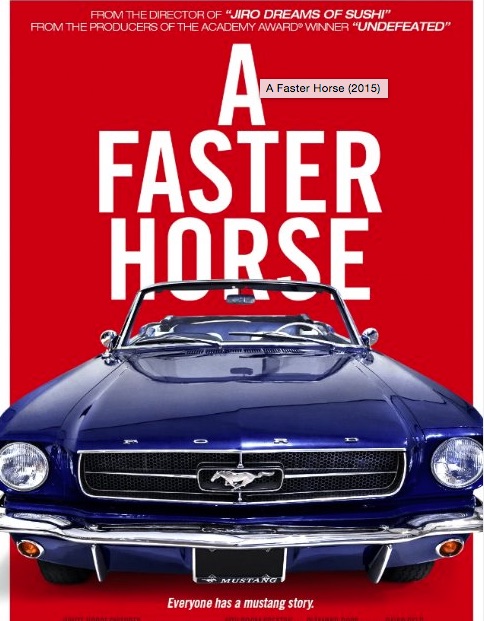 It’s been 50 years since Ford unveiled the first Mustang. The moment was revolutionary for American cars and its pop culture. “People have a real emotional connection,” says director David Gelb of the relationship many people around the world have with the car.

“I had this feeling of how cool Mustang was and had these fond memories of my dad and his Mustang,” Gelb says as he remembers when his father would take the family on trips to California and always rented a Mustang as the car they toured around in. “I quickly discovered that so many people have that relationship with the Mustang. So many people know someone who had a Mustang or they got a ride in it one time or their neighbor had it or they loved the movie Bullet,” he says.

So when Gelb had the opportunity to go behind the scenes with Ford and have complete creative control over the story he told, he jumped at the chance. He spent the next several months following the chief engineer and other car designers as they worked against the clock to create a new model of Mustang in time for the 2015 roll-out.

That story became the documentary A Faster Horse. The title comes from a famous quote that Henry Ford purportedly said. “If he had asked his customers what they wanted, they would have said, ‘A faster horse.’ It makes Mustang’s name all that more poignant.

A Faster Horse is opens in theaters October 9 and as well as on Vimeo and on demand.

LISTEN TO THE PODCAST:

No Replies to "A FASTER HORSE, a documentary on the Mustang from David Gelb"