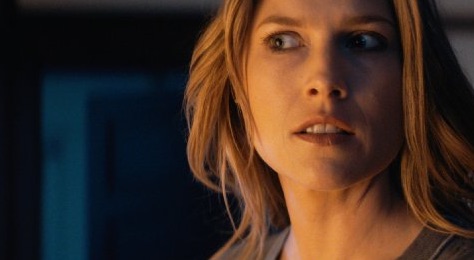 After writing a script that got the attention of several Hollywood creative executives, writing partners Alistair Legrand and Luke Harvis pitched the idea for The Diabolical. It may seem like an easy task to have a meeting on one project and pitch another, but it takes more than that to get a movie made in Hollywood in 2015.

Legrand — who also directed the film — and Harvis talked with ScreenwritingU to let us behind the scenes on all the details of how they got their first feature film produced. “We’ve written many many bad screenplays,” says Legrand. But that was before they came up with the idea that was the one. That’s all you need to make it Hollywood — one idea that hooks one executive. The rest is history.

“Write the best story,” says Legrand of giving advice to beginners on how to do the same. It can be a struggle to try to write for the market. It’s sometimes tough to do, so Harvis and Legrand decided to write what they thought would be an intersteing mixed horror genre. The Diabolical is the story of a woman who must defend her children and house against an evil presence. But the story doesn’t stop there, time travel and a bit of science fiction also come into play.

Legrand and Harvis talk about what scares them when writing horror films, their childhood influences and how to keep the audience guessing.

The Diabolical releases into theaters October 16 as well as on VOD and iTunes.

No Replies to "THE DIABOLICAL, a contained horror from writers Alistair Legrand and Luke Harvis"