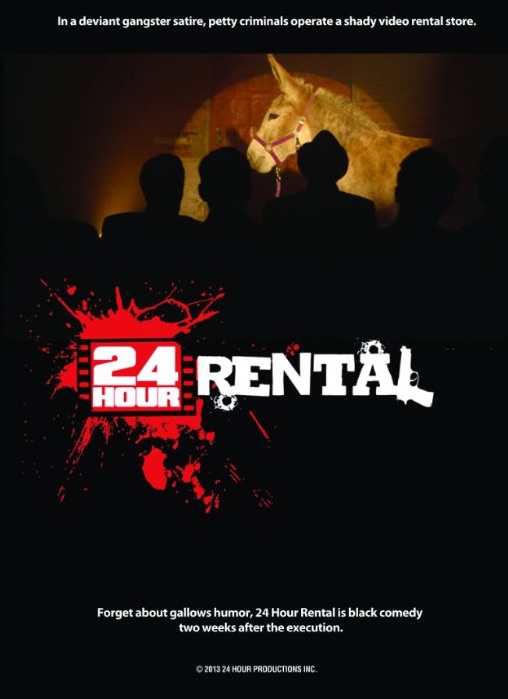 With the ratings off the table, Kratina teamed up with showrunner George Mihalka — who directed the 1981 slasher film My Bloody Valentine — to bring this 13-episode show to Hulu.

The story tracks a low-level gangster named Tracker, played by Romano Orzari (White House Down, Immortals, Assassin’s Creed III), who finds out there’s a price on his head. Not only is it insulting that the price isn’t very high, but Tracker doesn’t have the money to pay it. This black comedy explores the gritty street life of organized crime like you’ve never seen before.

“What we tried to do is the old Monty Python bit… ‘And now for something different’,” says Mihalka, of the blood, gore and gross out moments. ScreenwritingU sat down with the duo to talk about how they built out season one and anticipated a new story arc for season two.

24 Hour Rental releases all episodes on Hulu on November 13.

MAN UP, a romantic comedy from writer Tess Morris