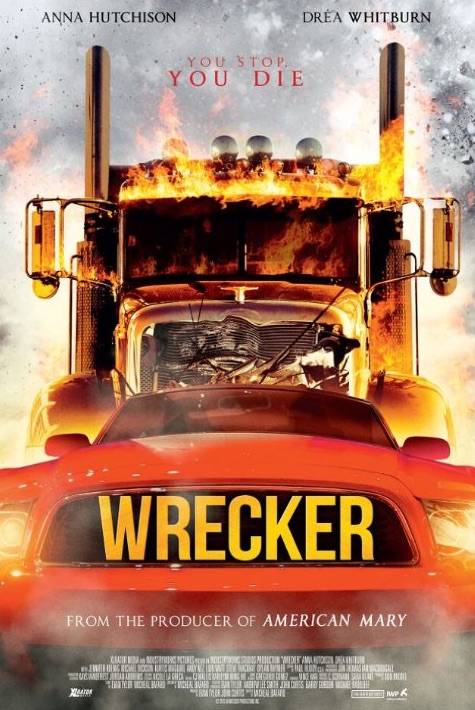 Wrecker is the story of two women who after getting lost on a road trip, they become the random target of a psychotic truck driver. Writer and director Micheal Bafaro always loved chase movies and had a particular soft spot for one of Steven Spielberg’s first films, Duel, the story of a commuter who is terrorized by a menacing tractor trailer.

“When you’re driving anything can happen,” says Bafaro. While scouting a location for another film, Bafaro says he came across two women who were stopped at a gas station because they were lost. This sparked his idea, and suddenly he started to think about all the other road movies that he had loved as a child.

Joy Ride andThe Vanishing were also inspirations. Bafaro wrote Wrecker and also directed it. He says usually a movie with a contained location would be an easy project to shoot if you’re a new writer/director trying to make a film. But as for shooting on the road, it’s a lot harder than it looks. “It’s not an easy kind of movie to make,” he says.

Bafaro, who also penned Hatt’s Creek, The Devil’s Ground and Behind the Wall, sat down with ScreenwritingU to discuss breaking in, the writing process and the difficulties of making on indie film on the road.

Wrecker releases in theaters, VOD and iTunes on November 6 and co-stars Anna Hutchinson (The Cabin in the Woods) and Andrea Whitburn.

No Replies to "WRECKER, a road thriller from writer/director Micheal Bafaro"