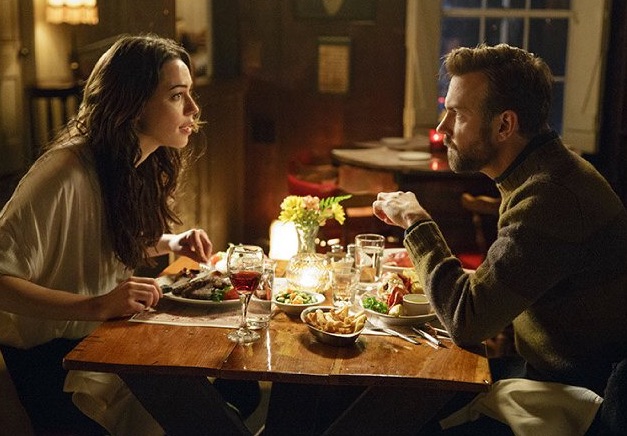 She was from a small town. He was from every big city in the U.S. and Europe. They were opposites in every way, except when it came to love. And no, we’re not talking about the characters in the new romantic dramedy, Tumbledown, starring Jason Sudeikis and Rebecca Hall.

We’re talking about the filmmakers. Screenwriter Desi van Til and her husband Sean Mewshaw, who directed the film, produced this romantic funny film about a grieving widow who can’t seem to get rid of one of her deceased husband’s biggest fans.

Van Til is from Farmington, Maine, and after working for years in film development in Los Angeles, she decided to write from the heart and began drafting conversations between a country girl and a city guy. That idea grew into a film about finding love when everything else seems lost.

And the best way to do that is with a lot of laughs. “Humor reveals humanity better than straight drama can ever do,” says Mewshaw. “And it’s a big part of who we are.”

ScreenwritingU Magazine sat down with the couple to talk about folk music, big laughs and what to do when they disagree.

No Replies to "TUMBLEDOWN, from screenwriter Desi van Til and director Sean Mewshaw"