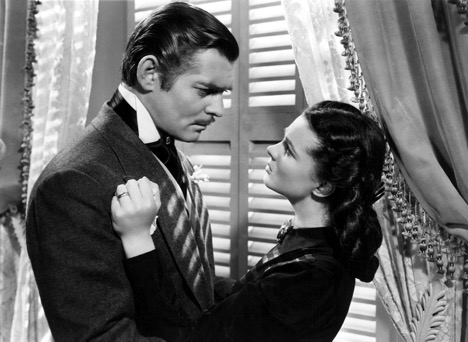 Gone With The Wind. Casablanca. Citizen Kane. We all know the classics — they’re the movies that made us all want to start writing in the first place. They’ve got gripping plots, snappy dialogue… and absolutely unforgettable characters.

Every writer hopes his or her next project will be deemed an instant classic in the company of great screenwriters like Billy Wilder and Ben Hecht, so let’s take a closer look at the characters in a few classic movies. What made the characters so compelling? What made them memorable? How can we steal a little of that old-school magic for our own characters?

Let’s start at the top with the 1939 epic Gone With The Wind. This classic features a deeply flawed character: Scarlett O’Hara (Vivien Leigh). Scarlett spends the whole movie chasing a love she can never have — and missing out on the one true love of her life, Rhett Butler (Clark Gable).

It’s only in the final scene that Scarlett realizes her mistake, and by that time, Rhett doesn’t “give a damn.” That last scene is unquestionably the most powerful moment of the film. Scarlett’s flaw is the heart of the movie — and absolutely what makes it so deliciously tragic. No. 2 — Give us characters who make unexpected choices

Audiences love to watch characters make unexpected choices. They want the characters to surprise, provoke, and intrigue them. At the end of Casablanca (1943), Rick (Humphrey Bogart) is faced with a choice: he can let Ilsa (Ingrid Bergman) get on the plane so she can aid the resistance, or he can ask the love of his life to stay with him.

Why does he let her go? The reasoning for his choice has been the subject of thousands of conversations since — it’s even talked about in other movies, like When Harry Met Sally (1989). That’s exactly what you want: characters so compelling, we’re talking about them a half century later. No. 3 — Let your characters be haunted

It wouldn’t be fair to talk about haunted characters without mentioning Citizen Kane (1941). It’s a story of an ambitious man who dies sad and alone, repeating the word “rosebud” like a prayer. That word is the central mystery of the film, and by the end, we realize that everything that happens in the movies is because Kane is haunted by the loss of his family after the mine was discovered and he was sent away.

It’s a incredibly powerful message — one that reaches for answers to eternal human pain and conflict. And it all starts with character.

Rebel Without a Cause (1955). Photo courtesy: Warner Bros.

No. 4 — It’s all about inner conflict

Everybody loves watching characters be torn apart by inner conflict, and Rebel Without A Cause (1955) is all about inner conflict. Jim (Jimmy Dean) wants to be a man, but he doesn’t know how to do it, so he agrees to play a game of chicken.

When Buzz’s jacket gets caught on the door handle, dragging him over the cliff to an explosive death, Jim goes into an emotional tailspin — and it is glorious. He erupts and screams out the celebrated lines: “You’re tearing me apart.” The movie captures teenage angst with jaw-dropping precision, making it a beloved classic. The Godfather (1972) trilogy begins with Michael (Al Pacino) bringing his girlfriend Kay (Diane Keaton) to his sister’s wedding. When Kay asks how Michael’s family knows the famous singer Johnny Fontaine, Michael tells her the story of how his father strong-armed Fontaine’s bandleader with an “offer he couldn’t refuse.”

Kay is horrified, but Michael replies: “That’s my family, Kay, not me.” We all know what happens next: he becomes exactly what he says he isn’t. The transformation is spectacular. In terms of character arcs, this is the biggest one there is. When it comes to character arcs, the answer is always: GO BIG.