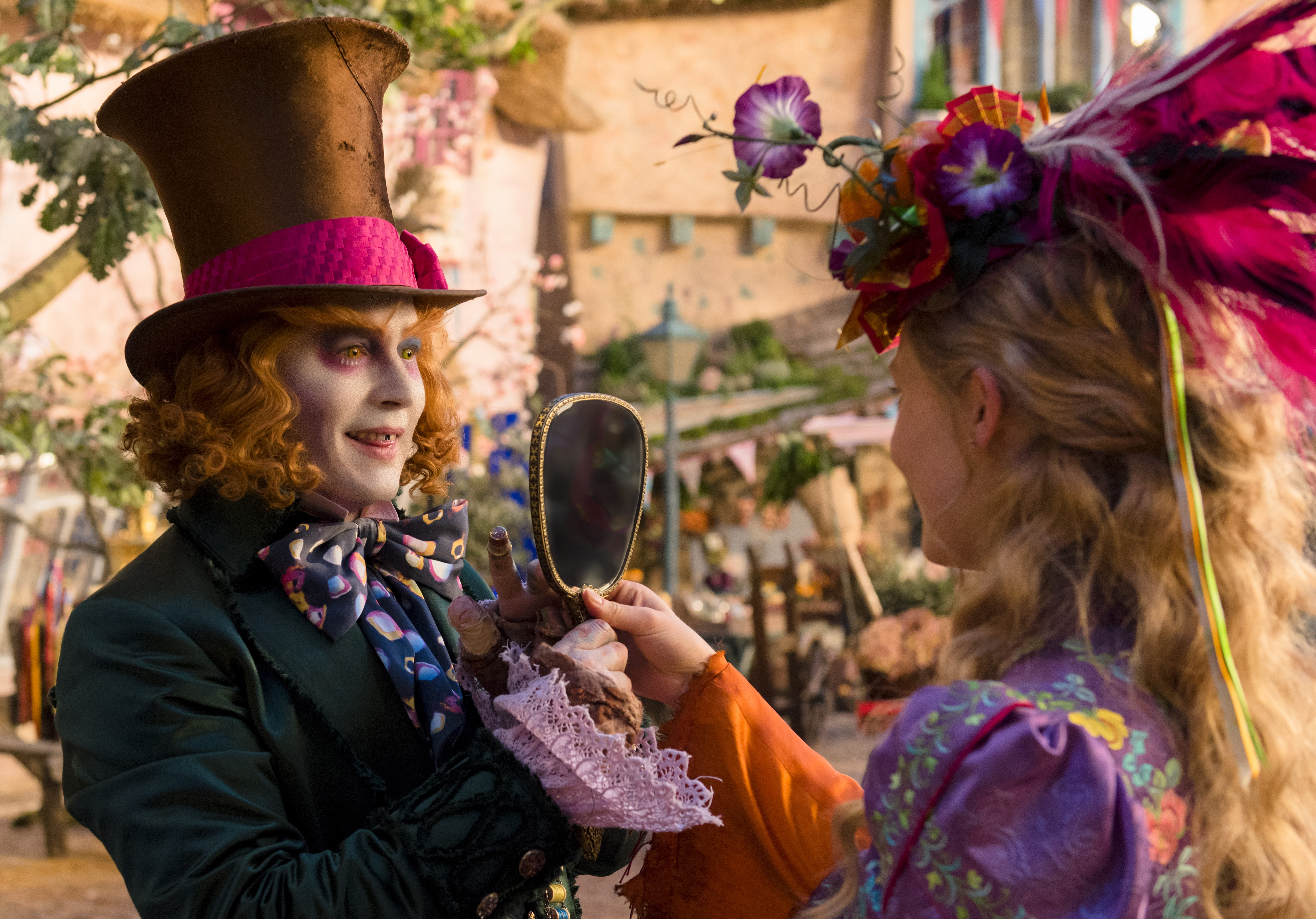 Alice Through the Looking Glass: 5 Story “Don’ts” We Learned From the Film Mia Wasikowska as Alice and Anne Hathaway as the White Queen in Alice Through the Looking Glass. Photo courtesy: Disney Pictures

The best movies make you forget they were actually written, directed and produced. In the audience’s mind, there was no screenwriter clacking away on a keyboard to write the script. Or any actors prancing around a set with walls so thin they could be knocked down with a simple push. You forget everything that goes into making the movie when the story is good.

But when a movie has problems, on the other hand, everyone is a critic. And this is the big conundrum in being a filmmaker and criticizing film, doesn’t everyone who makes a movie want it to be good? We think so, but that doesn’t mean you can’t learn from someone else’s mistakes. Let’s take Alice Through the Looking Glass, the $170 million budgeted movie, which premiered May 27 and has barely since crossed the $40 million earning mark domestically at the box office.

So, how does a movie with so much potential, so many stars and so much cash behind it fail to measure up? We think it all starts with story. If you have that down, everything else falls into place. Here are five DON’TS when it comes to story that we learned from Alice Through the Looking Glass. No. 1. Don’t Change the Protagonist of a Beloved Story.

Lewis Carol’s 1865 book Alice’s Adventures in Wonderland is one of the most beloved stories of modern times. We love Alice. We’ve loved her stories since we were children. We go to these movies to spend time with her and watch her struggle and grow in a crazy fantasy world that often feels like our own nutty lives. We want Alice to be emotionally tortured, physically overwhelmed and pushed to her limit so we can sit back and watch how the clever girl is going to solve her big problem.

In the first book, Alice finds herself stuck in a real life card game. In order to succeed, she must learn she has no control over the next proverbial card she’s being dealt. In the next book, Through the Looking Glass, a deck of cards becomes a game of chess. Alice has to make her way across the game board.

Director James Bobin (Muppets Most Wanted) and writer Linda Woolverton  (2010’s Alice in Wonderland) ditched not only the chess game in their adaptation, Alice Through the Looking Glass, but making Alice the main character. The film focuses on The Hatter (Johnny Depp decorated in a frightening kaleidoscope of colored wigs and contact lenses). He needs Alice’s help to get into a time machine and bring his family back in miniature form to live in an ant farm. Sound bizarre? Even for a fantasy film, it is. Making Hatter the main character — the person with the biggest problem in the story — fundamentally breaks the structure of the book, and the trickle down effect makes for a broken story. No. 2 — Write From the Character’s Point of View, Not the Writer’s.

Say what? There are two players in the world of screenwriting — you and your characters. Your characters should always drive story, not you. I know that sounds weird, but think about it. If you want your characters to have a time machine, but they aren’t really sure they need it, then you’re driving the story, not them.

It happens innocently like this during a brainstorming session. “Hey, wouldn’t a time machine be cool?” It does sound like a cool idea. Time machines are great. But do they really fit into this world of Alice and the fantastical creatures that surround her? Maybe not. When the writer’s objective beats out the protagonist’s objective, the story feels inauthentic.

Alice Though the Looking Glass is guilty of this classic mistake in more ways than one. Clearly, the writer also wanted to give Depp a starring role, but did so at the expense of allowing Alice to make a personal journey. Alice’s story gets lost in the shuffle. The writer tries to justify this decision by using the Hatter’s problem to build Alice’s confidence, but it’s too little, too late.

Build your characters from the ground up. Focus on what they truly want and their personal points-of-view, and the story will naturally follow. Yes, Johnny Depp can bring big box office dollars, and it’s great to have fantastic actors cast in your movie. But that doesn’t mean you need to change the story to fit the size of their careers. If Depp’s character, the Hatter, had remained a device to antagonize Alice on her journey to the end, even if it were a smaller one, the story wouldn’t have suffered nearly as much. But, here, they pushed Depp’s star power into a bigger role and lost sight of the elements that make this story so great. This is a classic mistake in building a great protagonist. In Alice Through the Looking Glass, the filmmakers tasked Alice with solving the Hatter’s problem instead of giving her a large enough problem of her own to warrant the A story.

Yes, Alice needs to save her mother’s house and reclaim her father’s business from her ex-fiancé, Hamish Ascot, but it becomes a sidebar to the main story. And it’s not very interesting, to say the least. Alice’s plot line isn’t very interesting and her character is also too passive. Because of that, the audience just isn’t as invested in her as we could be if she had a stronger role and arc. What does Alice want? Love? Adventure? A family? A career?

By the filmmakers’ own twisted logic, the film’s title really should have been Hatter Through the Looking Glass, but no one bought tickets to see that. When you built your protagonist’s storyline, ask yourself is this something you’d go to the movie theaters to see? Would you pay $14 to sit for two hours and take this journey? If the answer is no, you need to rethink your plot. No. 5 — Don’t Turn a Minor Complication Into a Main Story Line

By very definition, the Hatter is a complication for Alice – a delicious, insane, comical one, but really just an obstacle preventing Alice from getting out of the rabbit hole or back onto the right side of the mirror. The Hatter isn’t supposed to be sympathetic – even to a girl as nice as Alice. The Hatter is much more powerful doing what he’s good at which is being insane and making Alice’s journey as strange and difficult as possible.

In The Wizard of Oz, Dorothy helps her companions, but ultimately has to solve the problem of getting home for herself, not spend the entire movie searching for the Tin Man’s heart. Focus your characters on a journey that’s personal to them and you won’t fall into this kind of writing rabbit hole.

This is our analysis of Alice Though the Looking Glass. What are you thoughts? Do you have any story notes for this Hollywood film? Send them in! We’d love to hear from you.

7 Replies to "Alice Through the Looking Glass: 5 Story “Don’ts” We Learned From the Film"