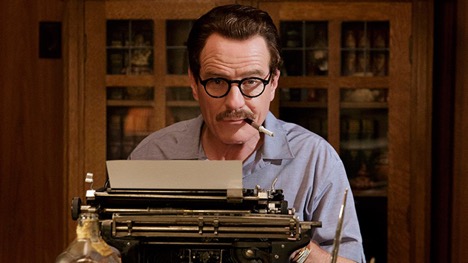 Most writers hate getting story notes. Who likes to hear the script they worked so hard to complete isn’t perfect in every way? Even under the best circumstances, getting story notes can leave writers feeling confused and disappointed. But the hard truth is that every single writer who sits down for a meeting with a producer or studio exec in Hollywood gets story notes. Every. Single. One.

We all know story notes can range from insightful to insane, but film is a collaborative experience, and notes are part of the process of working with other creatives. There’s no way around it — notes are here to stay. So let’s talk about some ways to handle notes like a pro. “There is no point in having sharp images when you’ve fuzzy ideas.” – Jean-Luc Godard

Keeping quiet while getting notes is one of the most difficult things a writer can do, and also one of the most important. Don’t try to defend each plot twist or character choice — you might miss something useful if you’re busy talking. Just write down what the note-giver is saying and leave it at that. Bonus points for any writer who can manage to keep a poker face while doing this.

No 2 – Look For The Note Under The Note

“I am irritated by my own writing. I am like a violinist whose ear is true, but whose fingers refuse to reproduce precisely the sound he hears within.” – Gustave Flaubert

On the other hand, there’s often what they call a “note under the note” that can be incredibly helpful. Sometimes a reader is pointing out a problem in the story, but their suggestions for fixing it are all wrong. It’s the job of the writer to get to the root of the true problem is and offer the correct solution. Here’s something to consider. In 1947, Arthur Miller’s play All My Sons won the New York Drama Critics prize for Best Play. After that, he wrote “Death Of A Salesman.” Broadway producers were understandably excited. But that didn’t stop investor Josh Logan from pulling out. After he read the play, Logan demanded that Miller take out the flashbacks, insisting the audience would be confused. The note sent Miller into a tailspin. Eventually, Miller decided to stand by his original text. The rest is history.

So remember: even the best of the best get story notes. Really bad notes, even. But it’s up to you to decide which notes you’ll take and which ones you won’t. Trust your instincts. No one wants this to happen. Jack Nicholson plays a writer on the edge of sanity on The Shining. Photo courtesy: Warner Bros.

No 4 – Give Yourself Time To Consider Before You Make Changes

“It’s always easier to kill someone else’s darlings than it is to kill your own.” – Stephen King

Giving your work time to breathe after it’s written is essential to the process. Time gives you perspective on your work. Perspective makes it (slightly) less painful to make the changes necessary to take the writing to the next level. And anything that reduces the painful aspects of writing is good.

So: listen to the notes, think about them, and then wait a little while before making any changes. It’ll help you figure which notes you want to take and which ones you don’t. Who knows? You might even be able to kill a few darlings. “The poor dope, he always wanted a pool.” — A line from Billy Wilder’s Sunset Boulevard about a writer who gets pulled into the life of a has-been movie star. Photo credit: Paramount Pictures

No 5 – Use Notes As An Opportunity To Grow

“Screenwriting is like ironing. You move forward a little bit and go back and smooth things out.” – Paul Thomas Anderson

At the end of the day, writers are accountable only to themselves — so use whatever you can to help you grow and get better.

Best said in this sketch from British TV comedy That Mitchell and Webb Look.

Alice Through the Looking Glass: 5 Story “Don’ts” We Learned From the Film

7 Replies to ""I Liked It, Now Change Everything": How To Take Story Notes Like A Pro"