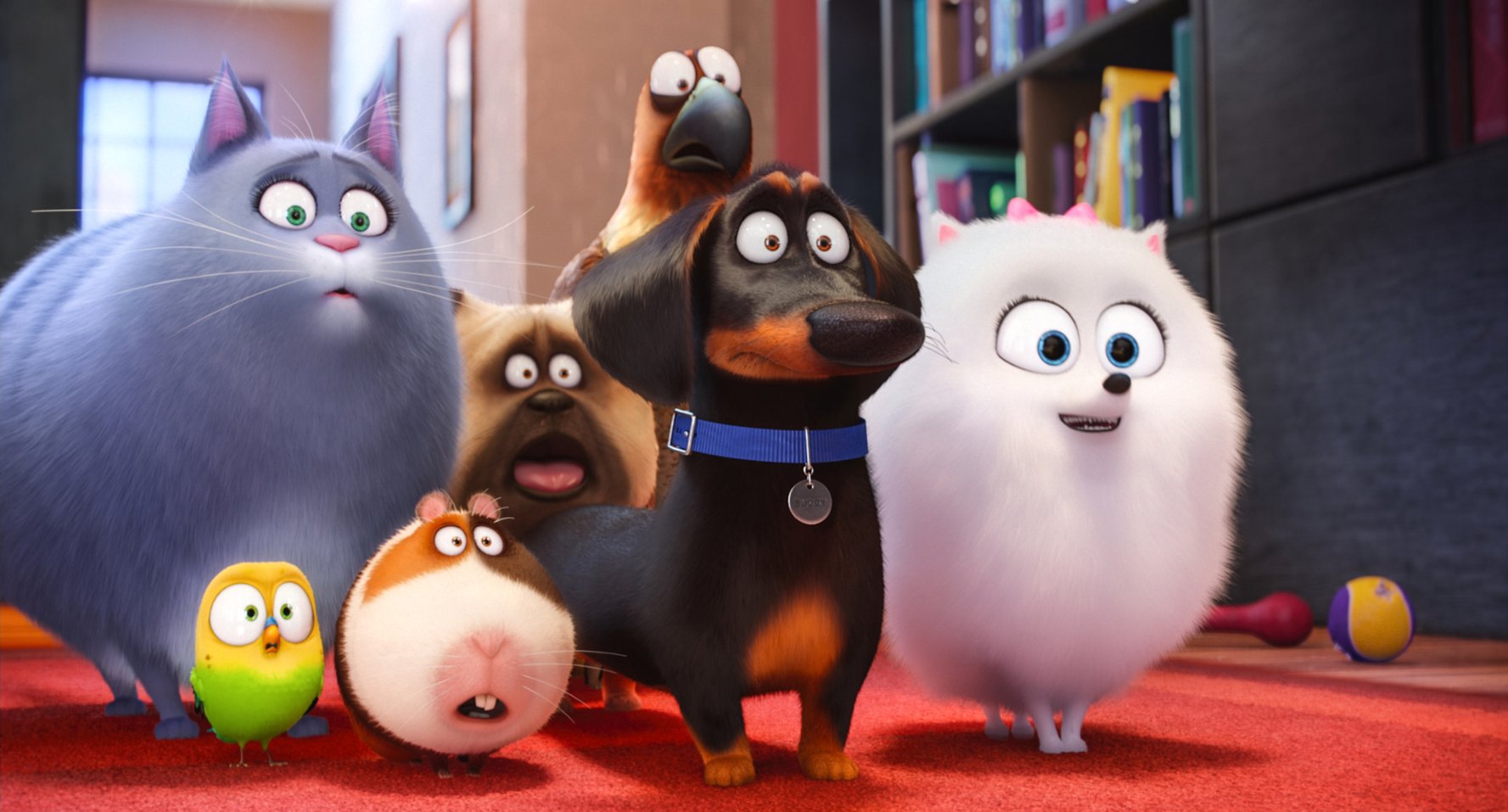 The Secret Life of Pets is a heart-felt celebration of the human-pet connection, a bond most of us cherish throughout our lives. This animated adventure imagines the daytime escapades of two pooches, a Jack Russell terrier named Max (Louis C.K.) and a giant moppet of a shaggy dog, Duke (Eric Stonestreet), revealing what really goes on when their owner is at work.

ScreenwritingU sat down with writer Brian Lynch (Minions, Puss in Boots, Hop) to find out his secret to balancing lightness and darkness in family-focused movies. But before we could get into the nitty-gritty of storytelling, Lynch revealed to us that he was almost a cartoonist – not a screenwriter. Ironically enough, a can of cat food changed the course of his career forever.

When Lynch was younger, dabbling in comics and filmmaking, he went to open a can of cat food using a wall-mounted can opener. The magnet gave out and the can fell, slicing his hand open with the jagged lid. “It cut midway through my thumb and – you know how in horror movies they cut away from the gore and you just see a huge blood spatter? It was like that across my big fat orange cat named Oliver who didn’t even react. He was just bored, wondering if this was going to interfere with him getting fed,” said Lynch.

A fallback career in screenwriting

Lynch’s ability to illustrate and draw was hindered due to the nerve damage, but lucky for us, he can still type. Though, he did tell us that if there’s a sequel to The Secret Life of Pets, he’ll work in the frightful can opener scene. “I want to scar kids for life,” he said with a laugh, expressing his natural dark sense of humor.

Like most major animated films, The Secret Life of Pets has multiple writers. Despicable Me writers Cinco Paul and Ken Daurio smartly brought Lynch on board to help streamline the story and define the animal characters to make them as distinctive and engaging as possible. But they also had to create villains scary enough to strike fear into the protagonists yet not too scary as to send little kids running out of the theater. That’s a tall order.

The father of a three-year-old boy, Lynch takes writing children’s stories seriously but still finds it a struggle to know where to draw the line between dark humor and plain old darkness. Like any good writer, he knows the importance of creating high stakes.

The villains in the film are a gang of angry animals called the “Flushed Pets,” including a raging rabbit named Snowball (Kevin Hart), a dangerous Viper who hates humans and a Pot Bellied Pig (Michael Beattie), that was used by art students to practice tattooing.

“We needed a pet villain, obviously, because the human villains, which were Animal Control, were really just this nuisance in the background of the movie.” So, when is dark too dark in a kids’ movie?

At first, the “Flushed Pets” were wicked and hilarious to adults, but not so much to kids. Lynch knew they had to be toned down.

“We needed Snowball to have an edge to him. If he didn’t, we wouldn’t be concerned that Max and Duke would be okay. They were very funny to us but when we were in the room with families watching who were ‘with Snowball,’ and when he talked a little too much about killing humans, they were like, ‘No, I don’t like this’ and they started liking Snowball a little less. We tempered it so that Snowball thinks that’s what he wants to do when he meets a human but at the end of the movie of course, when he meets the little girl, he melts because that’s really what he wanted the whole time – a human to love him,” he said.

To make the antagonists three-dimensional, an exercise Lynch and the other writers did was imagine that the “Flushed Pets” were the film’s protagonists. They then asked themselves the following questions: Could you understand their motivation? Why they were angry? Did you want them to have a happy ending also?

This exercise apparently worked better than they had anticipated. (SPOILER ALERT: Ending details to follow).

“When we had the first test screening, the audience loved the movie, loved Snowball, and was really concerned that the “Flushed Pets” were okay. So, we added the beat at the end when Mel and Buddy go to Leonard’s house and the “Flushed Pets” are partying with them, just to let everyone know they’re all friends now and everyone’s alright,” Lynch said.

In addition, hearing Kevin Hart recording his lines helped define Snowball, too. “On the day he recorded, we saw that he was bringing this emotion and sensitivity where Snowball talks a big game, but you know he just wants to be accepted. Hearing him do it, really helped me to adjust all the Flushed Pets. They’re all just hurt pets that you really want to see happy in the end,” Lynch said.

But the film still needed a touch of kid-friendly evil. The answer? Make the Viper truly cold-blooded. “Originally, the Viper was a little funnier, had more dialogue, but that makes it harder when something bad happens to him. He became the cliché villain, this thing that kids didn’t bond with at all because we knew what was going to happen to him.” Lynch was able to balance the antagonists with one relatable villain and another who was truly 100 percent evil.

With the snake slain, the audience is able to enjoy an uplifting ending that made many of us in the audience teary-eyed. With Bill Wither’s song, “Lovely Day” playing in the background, a heartfelt montage of pet owners returning to their pets at the end of the work day plays out. It’s a spectacular moment for both kids and adults and worth the price of admission. “The animators did such a good job with the pets reactions and faces. And the song is perfect,” said Lynch.