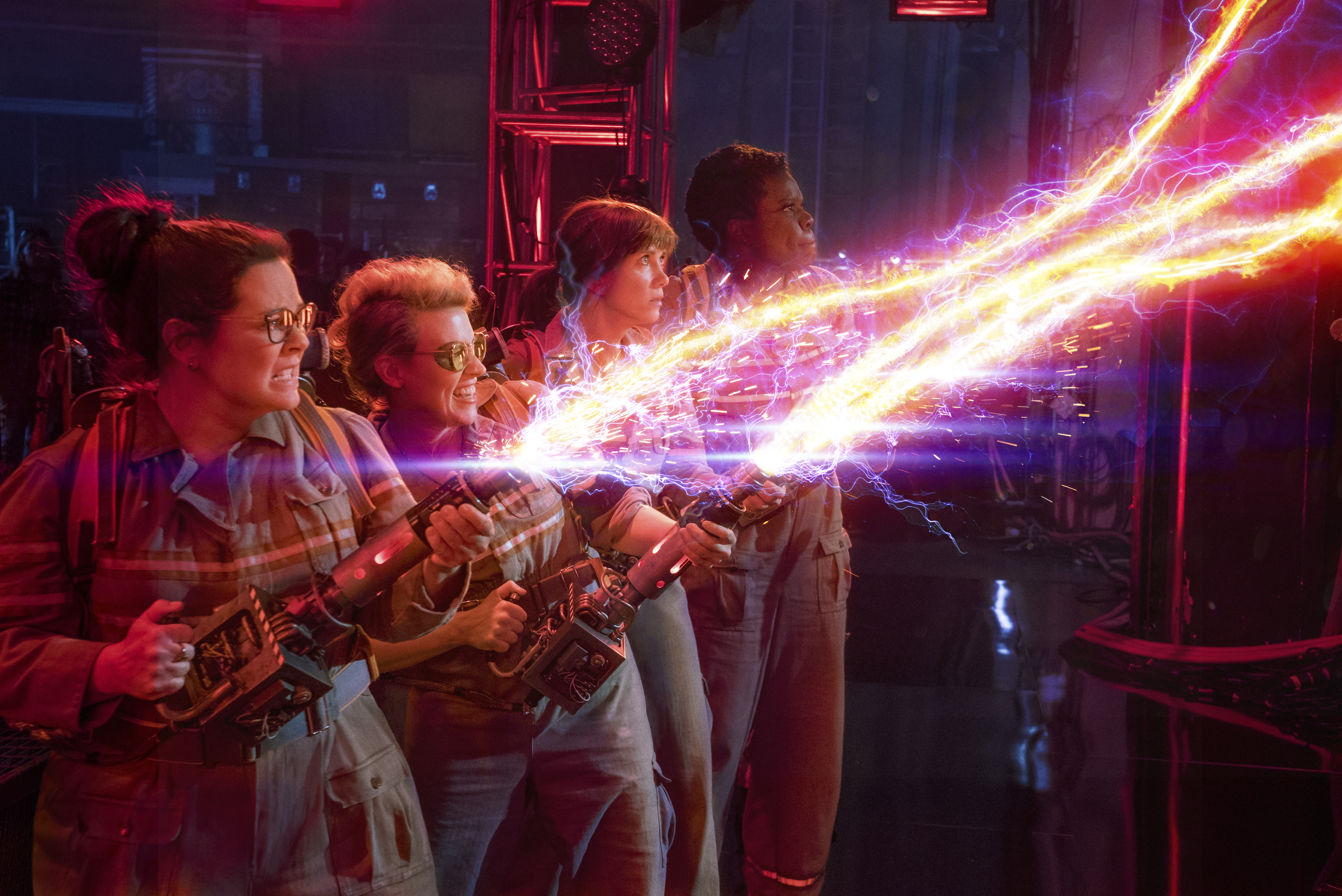 Ghostbusters is back and not without controversy. Internet trolls raged over the all-female cast and feared the film would fall into mediocrity. I saw the original film as a teenager and loved it, causing me to also fall into a protective stance. I still remember the moment when the Stay Puft marshmallow man first appeared on the screen. It was pure cinematic joy. So silly, yet so terrifying. The idea that this giant marshmallow man could threaten New York City tickled me pink. If someone’s going to mess with Ghostbusters, they’d better bring their A game, right?

The good news is that writer/director Paul Feig (Spy, The Heat, Bridesmaids) and writer Katie Dippold (The Heat), managed to reanimate the humor, ghostly spectacle and entertainment value worthy of the franchise’s history. Here are the five rules they followed to satisfy a tough but loyal audience. No. 1 — Pay homage to the original

For the filmmakers to satisfy an audience who’s loved Ghostbusters for over three decades, they had to absolutely love the franchise, too. I would go so far as to say that the film’s biggest fans expect the writers to kiss the dirty Manhattan streets the originals walked on. Only with equal amounts of respect and humility could the new filmmakers succeed.

The spirit of the original was honored by framing the story around four misfit characters who have a passion for the paranormal, need for justice and a love of New York City. Including the original songs, like Ray Parker Jr.’s version of “Ghostbusters” not a Sia cover, was really key to giving the remake authenticity. The song is the film’s DNA. In fact, Feig told CinemaBlend, “You’re definitely going to hear the Ghostbusters song, because you can’t do Ghostbusters without that song.” American culture is different now than it was in 1984. In 2016, there’s no Cold War and technology rules our lives. Even though many of us carry the memory of the first Ghostbusters in our hearts, movie-goers are much more savvy as an audience and expect more.

Trying to find four male replacements for the ghost-hunting exterminators so indelibly played by Dan Aykroyd, Bill Murray, Harold Ramis and Ernie Hudson would have been a fool’s errand. Even if there are (and I’m sure there are), four young actors as talented and funny as the original stars, there’s no way our loving memory of them would let a new quartet of men equal or surpass their performances.

To avoid the self-defeating comparisons, the only viable answer was to make this an all-female acting quad. Not such a strange idea really, since both Kristen Wiig and Melissa McCarthy have proven their box office success. It’s different enough to feel fresh for 2016, but similar enough to keep us grounded within the Ghostbusters universe.

Also, putting a twist on the sexy secretary character, played by Annie Potts in 1984, was simply genius. Chris Hemsworth takes on the role of Kevin, the “Himbo” receptionist, dumb as he is delicious, adds just the right amount of satire to an outdated, sexist trope while giving a fun wink to the audience. Starting out at the 19th-century haunted museum, giving its history, including the “anti-Irish security fence,” was a true delight. Visually, it took us straight into a haunted world that felt both fun and just a tad scary, setting the tone for the rest of the film.

While the original Ghostbusters created their own gadgets to seek and destroy phantoms by repurposing and combining familiar objects, the new Ghostbusters use cutting-edge technology. In a world of self-driving cars and Pokemon Go, there really was no other choice but to make their equipment supremely techie and geeked-out as devised by the genius yet socially awkward mind of Holtzmann (Kate McKinnon). No. 4 — Have the old stars return as cameos

Audiences love flashbacks — those little nods that say, “Hey, we know you love the original and we’re going to reward you for it.” The fact that Bill Murray, Aykroyd, Potts, Hudson and Sigourney Weaver all returned says a lot about the staying power of the franchise and what it did for those celebrated actors’ careers.

We were also moved that the film was dedicated to actor/writer Harold Ramis, sadly now a member of the spirit world himself.

No. 5 — Include an unknown, breakout star

Any franchise reboot needs to put faith into a new actor to make the cinematic world of the past relatable to a new generation. Just like Zachary Quinto as Spock in the new Star Trek franchise or Daisy Ridley as Rey in the Star Wars: The Force Awakens, Kate McKinnon as Holtzmann and Leslie Jones as Patty are emerging actors for a new generation of Ghostbusters fans.

Of course, many people know their work from SNL, but this is a break out role for both. McKinnon breaths new life into the old franchise and gives its upcoming sequels (if there are any – we’ll know after checking the box office returns on Monday) hope and room to grow. Jones serves as comic relief and delivers some of the best one-liners in the film. “Get out of my friend, ghost…! The power of Patty compels you!”

21 Replies to "Ghostbusters: 5 keys to successfully rebooting a franchise"