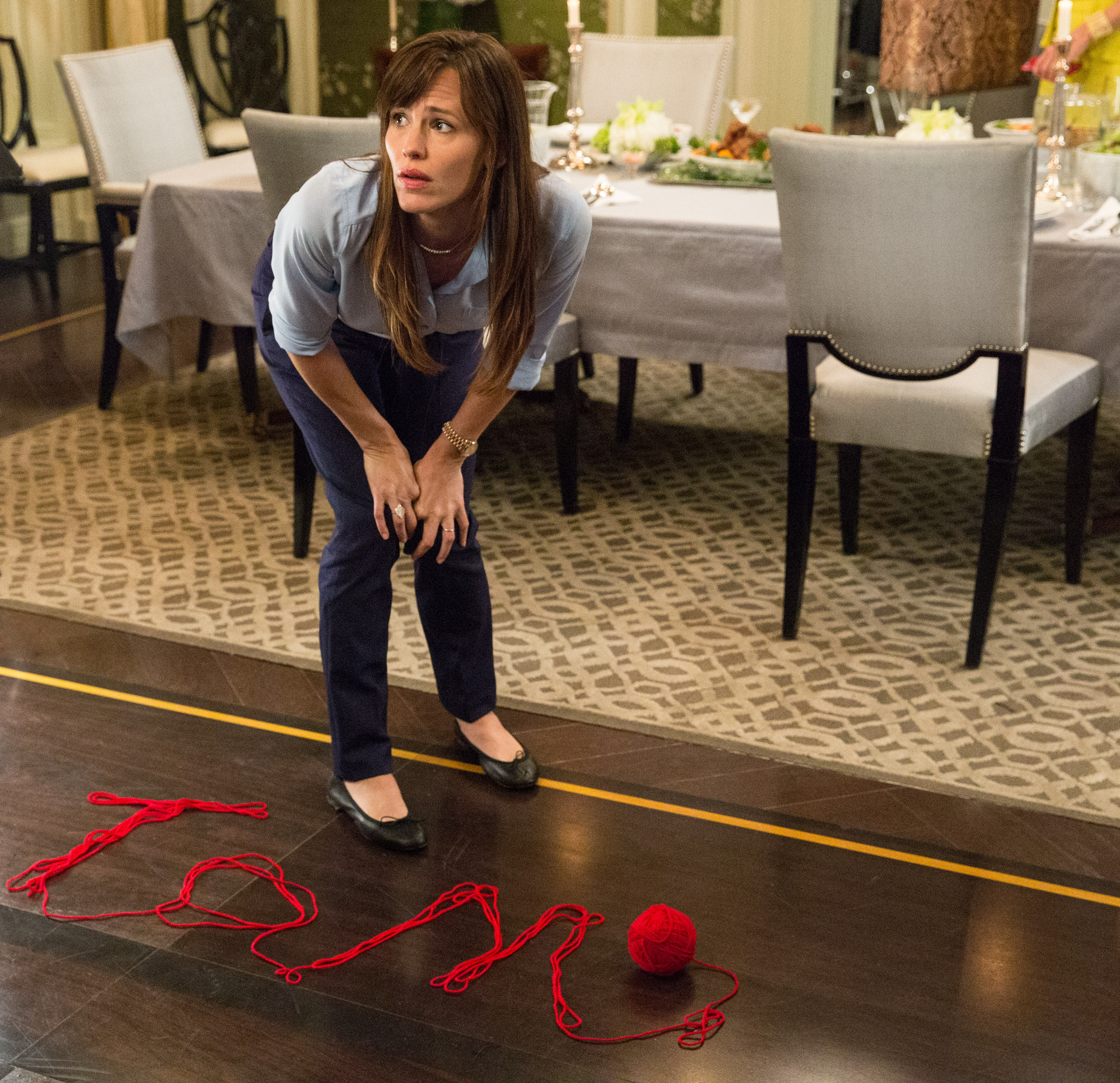 In person, screenwriter Matt Allen is a friendly, attractive man with salt and pepper stubble, and a cat-that-ate-the-canary grin. Little did I know when I went to meet him at Pete’s Coffee in the Los Angeles neighborhood of Westwood that he would reveal an outrageous story of survival that’s probably only possible inside the magical bubble of Hollywood.

Allen and his former writing partner, Caleb Wilson, are best known for writing the film Four Christmases starring Vince Vaughn and Reese Witherspoon, and for the bio-pic Soul Surfer, about the real-life teen surfer Bethany Hamilton, who survived a shark attack.

The writing team had struck box office success, but splitting writing fees in half and paying out agents and managers had left them desperately looking for a new gig before their WGA health insurance ran out. When their agent suggested they take a job writing a body-switch movie, both writers jumped at the chance, as crazy as it sounded.

“It’s about a business man who’s not paying attention to his kids and his wife, hates cats, gets into an accident and winds up in the body of a cat until he can redeem himself in the eyes of his family. He becomes his own family’s house pet,” said Allen. But when Allen and Wilson spoke via Skype with the film’s French producer, Christophe Lambert, they were thrown a curve ball.

“The producer didn’t want the cat to talk,” revealed Allen.

No dialog? Fine, thought the writers – there’s more than one way to skin a cat. Besides, they thought voiceover would be a much better device to share Mr. Fuzzy Pants’ thoughts and feelings so the audience would know what the feline was thinking. But then Lambert had another stipulation: Absolutely no voiceover, either.

The producer wanted the audience to decipher the cat’s thoughts through its actions. And meows. And purrs. But definitely not through the words of an inner monologue. The writers were stumped.

According to Allen, Lambert even suggested that in one scene, the cat should watch his human wife get undressed and long for her. No dialog or voiceover?

At this point, Allen claims both he and his partner thought the idea was totally insane. But there were two things motivating Allen to take the job: the first was to renew his awesome WGA health insurance. The second was a strange incident that occurred after his father died that connected him personally to the cat body-switch story.

“A couple weeks after my dad passed away, this stray cat showed up named Cleo. I swear, every time I talked about my dad, this cat would respond in a weird way.” Who needs another hole in the head? Photo courtesy: Screenwriter Matt Allen.

Though Allen knew he was simply projecting his father’s presence onto the kitty, it became a family joke, “Is this cat the spirit of my dead, philandering father?” (The philandering part is another story). Ultimately, Allen convinced his writing partner to take the job.

Once they turned in the script to EuropaCorp, Allen didn’t think the project had a cat’s chance in hell.

“We thought, they’re never going to make this movie. We don’t even know who this is for. It’s a Woody Allen movie about a guy who gets turned into a cat.”

Sometimes humans have nine lives too

But Allen’s story gets stranger. After developing the script  – then called, A Cat’s Life – he was paid two weeks before his insurance ran out and was able to keep his healthcare plan. Which was fortunate since he had recently been experiencing dizziness every time he stood up and was getting headaches. He went to see a doctor. To be on the safe side, the doctor ordered an MRI.

“I got a call at 11 p.m. that night that I had to go straight to the emergency room. I had a brain tumor the size of a golf ball in the center of my brain. If I didn’t have this stupid cat movie, I would be dead. Dead,” he said.

Within two weeks, Allen had brain surgery. He temporarily lost most of the vision in one eye. He claims his tongue died. And, he and his writing partner broke up. But Allen was cancer free. And alive.

A lot of lessons can be gleaned from this story. One is the exercise in writing your protagonist without any dialogue – a difficult task to say the least.

“All modesty aside, I think we delivered the best version possible of this story. We gave the character [Tom Brand, played by Kevin Spacey], a dramatic need that’s very clean. In the first 15 pages, we understood what he wanted so that when he is a cat, we know what the cat is trying to do. Right from the get-go, he’s trying to get back into his body. He’s trying to foil his business partner from taking over his business. He winds up reconnecting with his family.”

Another lesson is that your protagonist should probably express his or her thoughts, if not in dialogue, then at least in voiceover. The studio, EuropaCorp, eventually hired two more writers, Dan Antoniazzi and Ben Shiffrin, to do a rewrite where they were allowed to add Mr. Fuzzy Pants’s voiceover.

But the real lesson here is a life lesson. Sometimes a job is more than a job. Sometimes risks pay off in ways that fill more than your bank account. Keep an open heart and open mind and trust the journey you are on.

At this point, Allen showed me the fist-sized crater in the back of his head. I was struck with chills. The bizarre story was true. A cat movie literally saved his life.

6 Ways To Network Better and Smarter