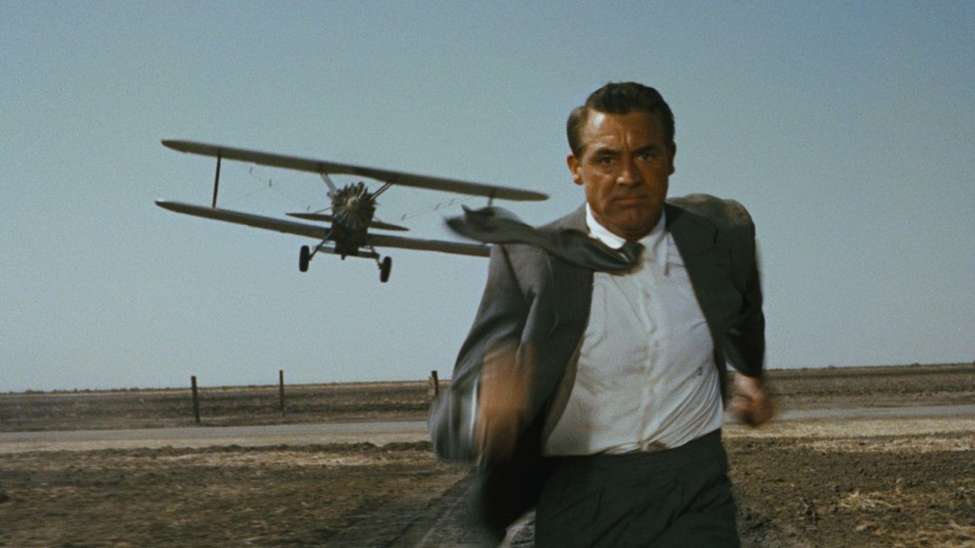 What Do People Mean By ‘Voice,’ Anyway?

When it comes to voice, even seasoned writers have a hard time explaining exactly what it means. It’s something about style and sound and visuals and originality. You’ll know it when you see it.

And yet, voice is one of the most important elements of a writer’s life. It makes sense to have a firm grasp on what it means — and it what can mean for your own work. Even if you’ve been writing for a long time, there’s always room to hone your voice and see if you can amp up your originality and style. So let’s take a look at a few writers and directors — by no means an exhaustive list — and see what we can glean about voice from their uniquely resonant work. Let’s start at the top of the pile with one of the best directors Hollywood has ever known: Alfred Hitchcock.

He’s known best for his profoundly dark themes and a penchant for thrilling suspense. His visual style is marked by sweeping set-pieces like crop-duster scene in “North By Northwest” (1959).

Though many directors have attempted to imitate him, his visual style and preference for certain themes was groundbreaking in Hollywood at the time. Recommended: North By Northwest (1959). Woody Allen started out as a gag writer for Sid Caesar — and it showed in his later writing, which was laced with quick-witted dialogue and brilliant comedy. More than anything, though, Allen is known for turning New York nebbish into a recognizable style and perfecting the art of hilarious self-deprecation (or self-absorption, depending on how you look at it). Recommended: Annie Hall (1977). Jean-Luc Godard unique voice is the heart of postmodern cinema. In his first feature, “Breathless,” he used hand-held cameras to create a documentary feel as he spun a tale of existential romance. His aim was to challenge commercial film norms with artistic use of jump cuts and character asides, both of which were considered amateurish in the film world at the time. Recommended: Breathless (1960). John Ford is most often associated with stunning use of visuals, in which Ford used the dramatic landscapes of the American West to shape his films. Sweeping shots of rocky terrain and extraordinary colors mark nearly every frame of his work.

His voice was largely derived from the beautiful settings of his films, and his work helped create and establish the Western film genre. Recommended: “The Searchers.” Charlie Kaufman is generally regarded as one of the finest screenwriters of the 21st century. He’s been nominated for no fewer than four Academy Awards — and countless other awards — over the course of his career. His work frequently focuses on characters preoccupied with mortality and/or experiencing an identity crisis, and his storylines are marked by surrealist tendencies that recall the work of Franz Kafka. Recommended: Being John Malkovich (1999).

Voice is what makes your work unique and distinguishable from others — and it’s definitely a plus when you’re looking to stand out. It means you can tune into the middle of any of the movies written or directed by those listed above and be able to guess it was their work. They are memorable and they are fascinating.

Who are your favorite writers and/or directors? What is it about their voice that appeals to you? We’d love to hear.

6 Ways To Network Better and Smarter

9 Replies to "What Do People Mean By 'Voice,' Anyway?"