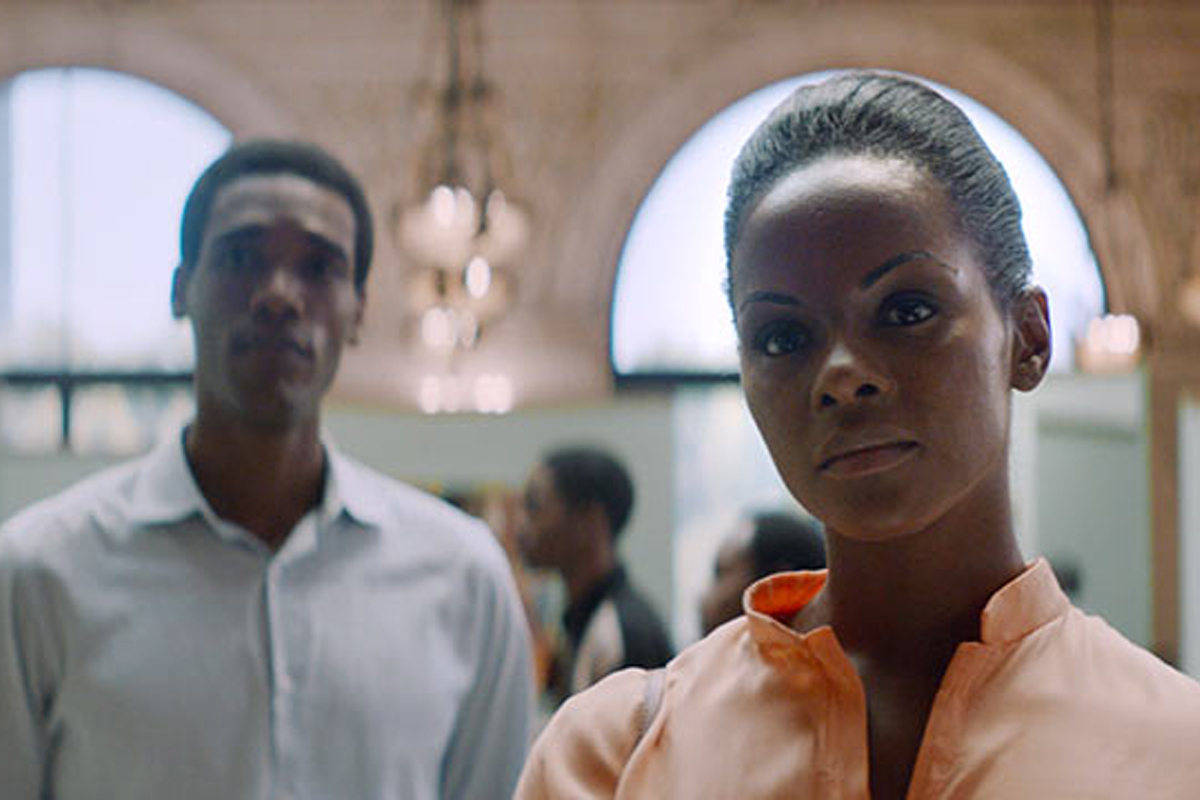 Many writers are inspired by the struggles and triumphs of real people. A film that closely details the life of a real person is called a biopic. Typically, biopics are three-to-five-hour long epics like Amadeus, or Cleopatra, because the filmmakers are trying to squeeze in as many details about the subject’s extraordinary life as possible.

But some biopics eschew the full history lesson to focus on a very short period of time in the life of the subject.  Elvis & Nixon and Jimi: All Is by My Side come to mind.  Southside with You is a new biopic with ever more laser-like focus. In fact, Southside takes place on a single day in the lives of Barack Obama and Michelle Robinson, telling the story of the first couple’s first date.

This tender, intimate film runs less than an hour-and-a-half and will leave you feeling like you know exactly who they are and what they will accomplish.

ScreenwritingU had the chance to sit down with Richard Tanne, the writer/director of Southside with You to get some tips on writing a great biopic. No. 1 — The story needs to feel authentic

Barack was 28 and Michelle was 25 when they first met.

But authenticity is more than depicting the factual events of a person’s life. It’s how you fill in the gaps between those events that brings the story to life. Knowing how your subject behaved behind the scenes of those events, how they prepared for them and how they reacted after them is where the magic lies.

No. 2 — Get your characters talking

Tanne says that once his brain was filled with enough facts and true-life experiences related to the Obamas, he decided to let it all go. “I sort of threw it all away and then just got the characters talking. Whatever details from the research bubbled to the surface [in their dialogue] was great. And whatever didn’t, that was fine, too.” This is a great tip for writers new to screenwriting and those interested in telling biographical stories.

Read, read, read and then put it all away. After you become a master of the story, feel confident in what you know and let the dialog lead you to the next level. In real life, Barack didn’t take Michelle to a community meeting on their first date. But Tanne knew that cinematically, the scene would make sense and feel authentic, so he included it in the movie. This provided a great “movie moment” where young Michelle sees Barack’s potential as a leader, foreshadowing his Presidency.

When writing your own biopic, you must know when to take creative liberties with the story, even if it means veering from the facts. When Tanne was researching the script, he says he actually stopped watching the news and reading the paper. “I’m a news junkie, but I wanted to tune-out the President and First Lady that we see on TV every night. I did feel like I was in my own insular world with these other characters, Barry and Michelle Robinson.”

This helped Tanne retain the essence of the young, maybe even naive Barack and Michelle, before their journey to the White House. No. 5 Don’t pass judgment on your subject

As much as you admire or respect someone like Queen Elizabeth or Lawrence of Arabia, you’re bound to find something less appealing about them as you dig deep into their life. But a good biopic doesn’t sweep the subject’s flaws under the rug. It embraces them and demonstrates how they inform their behavior.

The most obvious example of a character flaw in Southside is Barack’s chain-smoking. But Tanne thought of it as more than just a bad habit – perhaps the cigarettes were a substitute for something missing in Barack’s life.

“I think a deeper issue that I decided to explore was his abandonment issues with his father. I don’t know if he had resolved those issues by the time he had met Michelle or was still dealing with them, but I know he did deal with them. I thought it would be poignant to have Michelle be the person to hold a mirror up and show him what he was afraid to look at. She was uniquely suited to do that because she had a great relationship with her father,” said Tanne.

Don’t take anything – good or bad – about your subject for granted. The whole of your character is the sum of its messy parts.

Tanne had the idea for Southside back in 2007 but didn’t actually start working on the script until 2013 because of a change he was undergoing in his own life.

“I don’t think it’s an accident that I was getting serious about [writing the screenplay] when I was falling in love. After having my own epic first date with my girlfriend, then our connection deepening and me feeling like I was becoming a better person because of her, I really started to understand how to tell the Obama first date story. I felt that what was happening to me must have been what happened to the Obamas: two people elevating each other. That became my entry point.  But it’s not just about you or the Obamas first date, it’s about everyone’s first date. It’s universal in that way,” said Tanne.

One question I couldn’t help but ask was if Tanne knew if the real Obamas are planning to see his movie. Tanne said that executive producer John Legend told the first couple about the film and they are intrigued.

“The invitation is there. I hope they get a kick out of it,” said Tanne.

With the next Presidential election nearing, I asked Tanne if he’d be interested in writing a biopic about Donald and Melania Trump’s first date, should Trump become President of the United States. He didn’t seem up for the task.

“I don’t think I want to write a movie about a first date every again. I’m kind of first-dated-out. But if Southside is successful, I bet someone will try to get that movie made.”

Southside with You is currently playing in theaters.

3 Replies to "Southside with You: Writing the Unconventional Biopic"