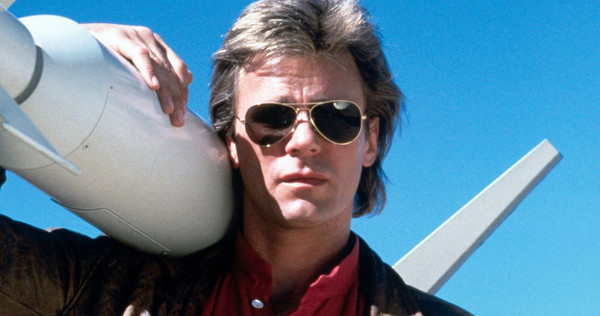 In an era of remakes, reboots and sequels, it’s not surprising that the much admired (and spoofed) character of secret agent Angus MacGyver – whose quirky ability to think himself out of a sticky situation – is returning to television after two decades.

But will the crafty hunk skilled at surviving any deadly situation using duct tape and a paper clip resonate with today’s more sophisticated, tech-focused audience?

We sat down with MacGyver creator Lee Zlotoff to find out why he thinks MacGyver is more relevant now than ever before.

Played by Richard Dean Anderson from 1985 to 1992, with the dirty blond mullet and sexy leather jacket, MacGyver was an iconic American hero. He represented true American ingenuity and self-reliance. And since then, even the word “MacGyver” has become a verb, used to describe an improvised solution to a problem.

But in today’s world, where new challenges seem to appear every day, Zlotoff thinks MacGyver can offer a new generation a spirit of hope and resilience. “I think MacGyver is the perfect icon for this century,” says Zlotoff. “He’s not about ‘How quick can I reach a gun and kill the bad guy?’ He’s about ‘How do I figure out how to use what I have to turn it into what I need?’”

MacGyver also approaches problems with humor and humility, something Zlotoff feels is extremely important. “A laughing and open mind is scientifically more apt to come up with an inventive solution than a frightened and closed mind.”

But here’s where it gets personal for Zlotoff. He sees a split in our country with people on both sides of the divide angry and frightened. He hopes MacGyver can be an inspiration.

“I have children and grandchildren, and they’re probably going to have children, so I said, ‘Since I have the rights to this character – who’s literally been seen by billions of people because the show has never been off the air in 30 years, it’s run continuously around the world in 70 plus countries in god knows how many languages – all I have to do is remind people that they love this character.’” Lucas Till as the new MacGyver. Photo courtesy: CBS

Of course there are a few changes to the franchise. MacGyver is now played by 26-year-old Lucas Till (Havok in the X-Men movies) and he’s part of a team that includes his boss, Patricia (Sandrine Thornton), his muscle Jack Dalton (George Eads), his buddy Wilt, (Justin Hires) and computer hacker Riley (Tristan Mays).

But Zlotoff says giving MacGyver a team has to do with replicating other hit shows on CBS like Scorpion more than anything else. But the more things change, the more they stay the same.

In CBS’s first version of the reboot pilot, Lucas Till had long, scraggly hair. It turns out the fans prefer MacGyver’s famous ‘do that’s all business in the front and party in the back.  Till got a modern-version of a mullet and producers re-wrote and reshot the pilot, to make it sizzle.

Check out the trailer where Till had long hair:

But he wouldn’t be MacGyver without his trusty Swiss Army knife. I asked Zlotoff if he’s using one of the new knives that includes a fancy flash drive.  ”As far as I know, the one in the show doesn’t have a USB drive on it, but don’t hold me to that, because he may whip it out in one episode.”

Many fans are also wondering if Richard Dean Anderson will appear on new show, but according to this cryptic note he left on his website, it doesn’t seem likely.

“And all I can say is, I’m not considering being a part of a project that has overlooked the insanely LOYAL FANS of the original character and has proceeded without considering how and why they all became and STAYED loyal fans…”

Zlotoff admits he doesn’t understand the meaning behind the note. “I know Peter Linkov, who’s the new show runner/executive producer, has reached out to him on numerous occasions, and so far he hasn’t wanted to play. It’s a shame, it would be nice if he did. I don’t think CBS or Peter was dismissive of the fans, to the contrary. I hope Richie comes around, that’s all I can say.”

If you’ve ever admired MacGyver’s problem solving ability, Zlotoff is getting ready to launch a brand new book and video series called, The MacGyver Secret, which he says will help anyone access the Swiss Army knife of their own mind.

“Inside all of us, there is an inner MacGyver. The deeper problem-solving abilities that everyone has can be applied to any kind of problem, whether it’s technical, creative, professional or personal.” Check MacGyverSecret.com for more details and updates.

What do you think of the new look ?