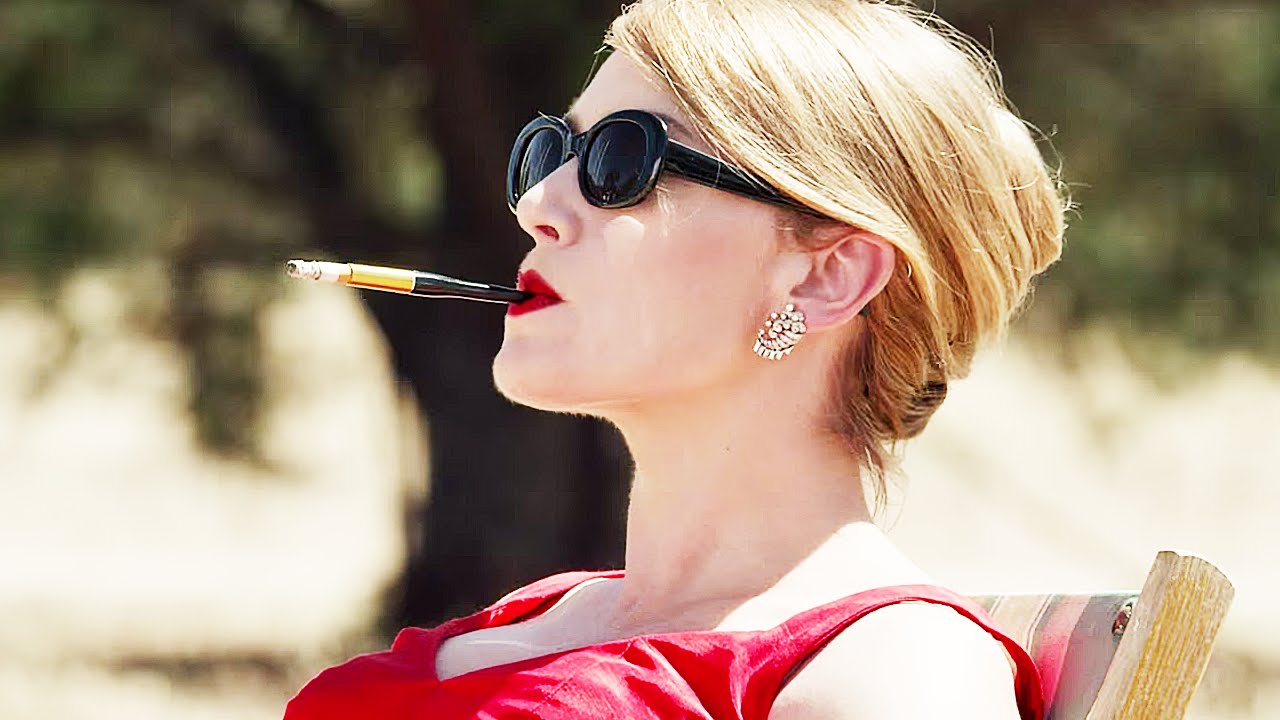 Set in a small town in rural Australia in the 1950s, The Dressmaker is a delicious tale of revenge with a large dose of heart and high fashion. Tilly (Kate Winslet) returns to her hometown after becoming a famous clothing designer in England to care for her ailing and mentally unstable mother, Molly (Judy Davis). Writer/Director Jocelyn Moorhouse, best known for such films as How to Make an American Quilt and A Thousand Acres, describes her new film as “The Unforgiven with a sewing machine.”

A thrilling part of the story focuses on a woman, Tilly, finding her power and using her sewing machine as a weapon to right the wrongs that happened to her when she was just a girl. Tilly is a survivor who relies on her creativity to make it through the tough times and Moorhouse can relate.

“I’ve had a bit of a comic-tragic life, and it’s always been my creativity that’s saved me by going ‘Okay, who am I? I’m a creative person and I will find a way to get through this difficult time, this trauma.’ I think every woman who lives long enough goes through multiple traumas. I love the fact that Tilly’s a survivor,” says Moorhouse.

While Moorhouse drew on Spaghetti Western imagery and the familiar trope of the mysterious stranger coming back to seek revenge, she insists that the film, at it’s core, is a mother-daughter story. “The real story is about a woman who has survived a hell of a lot and kept her belief in herself, stayed true to herself and actually excelled in her creativity – it’s given her power. She’s going to use that power to punish the evildoers. But the thing she wasn’t counting on, is her mother. Tilly’s need to reconnect with her mother actually becomes more important to her.”

Moorhouse says the title, The Dressmaker, refers to both Tilly and Molly, since it was Molly who taught her daughter to sew.

“Molly’s so beaten down by life – she hasn’t survived, she’s gone mad. Tilly heals her mother, she rescues her. In turn, Molly can finally be a mother again and she heals Tilly. That’s what really drew me to the story – how these women can help each other. The relationship between mother and daughter is so primal, so important.”

Though Tilly has a romance with Teddy [Liam Hemsworth] in the movie, Moorhouse says the mother-daughter relationship is the true love story in the film. Moorhouse lost her own mother about six months before shooting the film and says the experience of making the movie helped heal her. “I know that sounds corny, but it really did. I was surrounded by all these strong women – there was something about the company of women and their belief in me. They kind of made up for the loss because my mother believed in me more than anyone. She’s the one who inspired me to become a writer, because she was a writer.”

Her biggest challenge with the script was distilling the story and trying to stay true to the book. One of the toughest things to do when adapting a novel into a screenplay is to know what to cut and what to keep. “It was all about peeling away all the extraneous that I didn’t need and reducing about seven giant events with everybody in town to about three. I combined some of the characters, too.”

“The book meanders a lot because books can, but it’s a great read, very impressionistic. The Molly/Tilly story is just spasmodically there, but the revenge thing is dropped in the first third. The revelation about who her father is, is just thrown in there in a flashback. That’s where I needed my husband’s help because he’s really a master at structure.”

Moorhouse is married to Australian writer/director P.J. Hogan, known for My Best Friend’s Wedding and Muriel’s Wedding. She says together, they brainstormed the plot over a long period of time. “Once we had the spine of Tilly not remembering [the details of a tragic event when she was a child], and the whole reason she needed people, the idea of ‘I transform you and you give me information,’ we put that in. We thought we needed that strong, unraveling of a puzzle. We also watched Bad Day at Black Rock which is also a great, heightened movie.”

Moorhouse gushed about her lead actress, Winslet, and even has a nickname for her: “Force of Nature.”

“She’s so talented and so focused. She’s always prepared, deeply passionate about her character and thinks about it nonstop. Once she agrees to do your movie, she’s fully onboard. She’s thinking and thinking, coming up with how she’s going to hold her body, her voice.  She was so willing to make me part of her process.”

In terms of finding a suitable location, Moorhouse needed to find a deserted part of Australia so they could build the town from scratch. The location? An animal sanctuary. But trying to shoot with all the rescued animals, including some that were once pets, made for some very funny moments.

“There were two pet emus that wouldn’t stop bothering us. They found the crew fascinating, so they were constantly running into shots. Liam [Hemsworth] at one point ran after an emu and I was yelling, ‘Not you! I need you in the shot, come back!’ I mean, why was he chasing an emu? He’s a young guy, I guess he thought it was fun idea,“ says Moorhouse with a laugh.

Another time, Winslet was shooting a scene and had an animal invasion of her own. “It was nighttime, I was behind the monitor looking at the close-up. It was the scene with Sergeant Farrat in the beginning, and suddenly she stopped and went, ‘I’m so sorry to stop in the middle of a take, Jocelyn, but do you think we could get rid of this creature?’ Just outside of the frame, there was a giant, fat ringtail possum, hanging upside down from the beam. She said she was worried it was going to reach out and scratch her and we all just broke up laughing.”

The Dressmaker is currently playing in theaters.