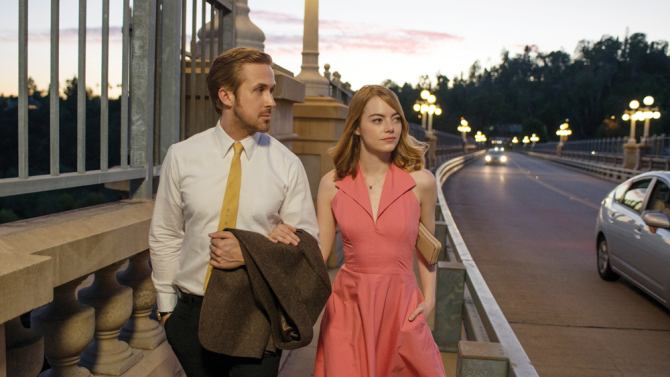 The hardest thing to write and get made these days is an original script. Here are the five nominees for Best Original Screenplay and a bit about how their screenwriters got the films made.

Taylor Sheridan comes to screenwriting after acting professionally for twenty years, most notably as Deputy Chief David Hale on Sons of Anarchy. His most previous film credit is the acclaimed indie Sicario. Here’s an article on how Sheridan came to write Hell or High Water at IndieWire. Harvard graduate Damien Chazelle is a writer/director whose previous films include Whiplash and 10 Cloverfield Lane. Key to his success are two short films one of which is an earlier version of Whiplash. Also a drummer, Chazelle’s films often have strong musical elements. Here’s an NPR article about his longtime friendship with La La Land’s composer. Writers Yorgos Lanthimos and Efthymis Filippou are both Greek and frequent collaborators, The Lobster is their third film together. Filippou is also a novelist and playwright, while Lanthimos studied filmmaking and is a writer/director. He has a few short films to his credit as well as his films with Filippou. Here’s an interview with writer/director Lanthimos at the Washington Post. Manchester By the Sea

Kenneth Lonergan is writer/director with an MFA in Dramatic Writing from NYU. He is also a noted playwright. He has been working in film since the early nineties. Notable projects include You Can Count on Me, Analysis This and Gangs of New York. Check out Lonergan’s interview with the WGA. Mike Mills began his journey to becoming a writer/director by studying graphic design and art at Cooper Union in New York. After college, he did extensive commercial work and then graduated to music videos. His film work began with a short film, Architecture of Reassurance, at Sundance. His previous film is Beginners which garnered an Oscar for Christopher Plummer. Here’s an interview with Mills on the personal nature of his film at NPR. So, were you able to pick out this year’s winners? Which of the nominated films were your favorites?

The success of Hidden Figures defies the gravity of Hollywood

3 Replies to "The Road To Oscar: Best Original Screenplay"