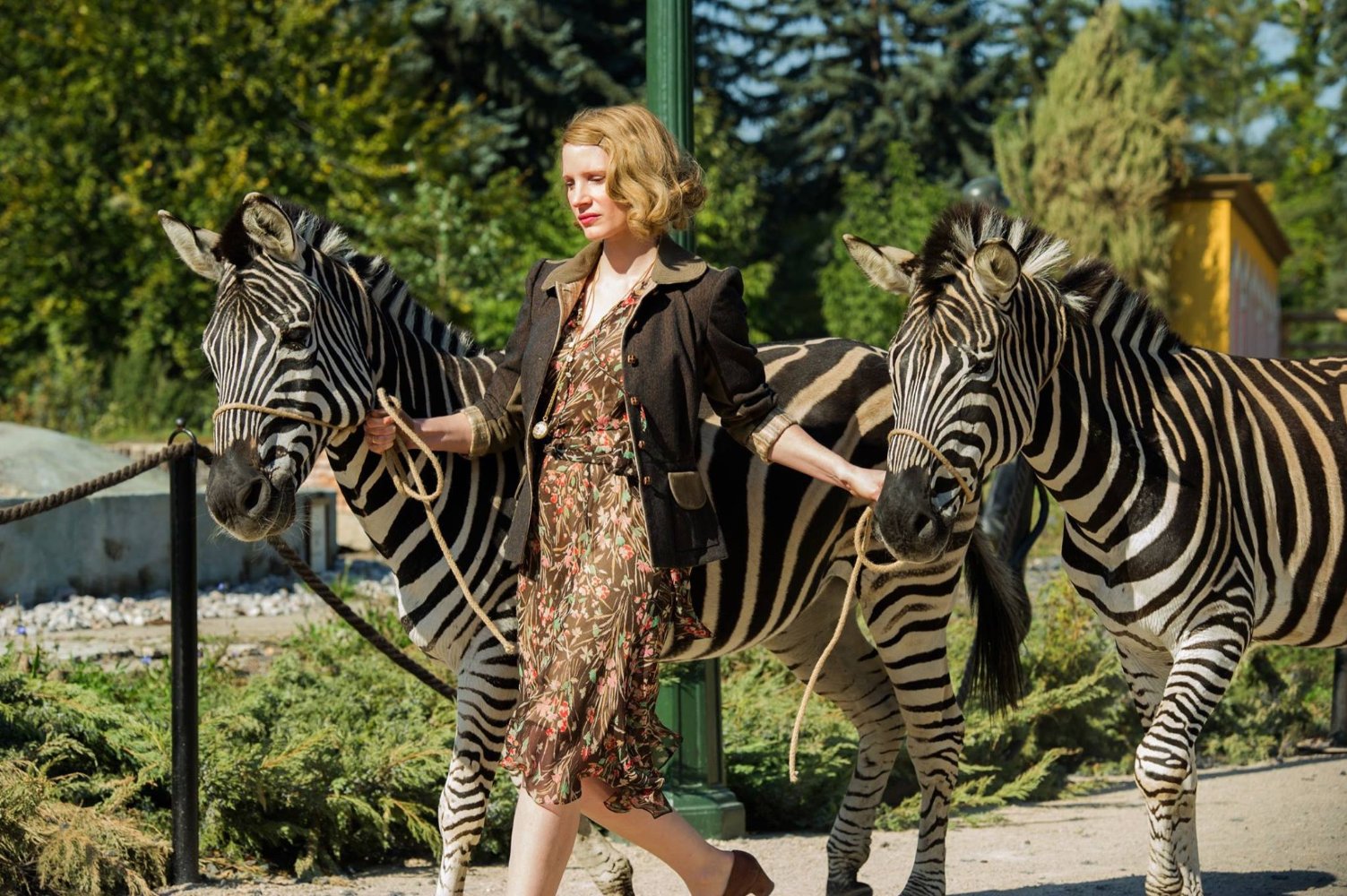 Should you “cheat the page” to alter your script’s page count? The Zookeeper’s Wife screenwriter says absolutely not. The best-selling book, The Zookeeper’s Wife by Diane Ackerman, tells the true story of Jan and Antonina Zabinski, who used their Warsaw zoo to hide and shelter Jews during the Nazi occupation of Poland in World War II.

Screenwriter Angela Workman sat down with ScreenwritingU to talk about the challenges of bringing this powerful story about animals and war to film.

Trained in classical acting at the Yale School of Drama, Workman started her career as an actress. Relying on temp jobs to pay the bills in between acting gigs, she soon started temping at film production companies in New York City. Eventually, she went on to become a screenplay reader.  “I can read really fast and write coverage really fast – I did it for years in New York and later, L.A. That’s how I learned to write screenplays.”

Workman managed to get a literary agent and began selling screenplays almost immediately. “I didn’t officially give up acting, I just felt that the writing life suited my personality better.”

The Zookeeper’s Wife is an intense story of persecution, triumph and animal instincts. Workman loved the book so much, she wanted to include as much as she could in the screenplay. But that strategy backfired. “I tried to put a lot of things into the first draft. The script was huge, and I will admit to cheating the page.  Eventually, the producers wanted to shoot me.  They budgeted for a certain length and they realized, ‘Oh, no. It’s about twenty pages longer than we thought.’”

Screenplays are formatted so that each page can accurately represent one minute of screen time. “Cheating the page” is when you alter the format of your screenplay to allow for more words on the page by cramming them together. This makes each page longer than one minute of screen time and can cause huge budgetary problems. To do this in Final Draft, you click on Format, then Leading. There you have the option of choosing to make your sentences Very tight, Tight, Regular or Loose. Workman had set hers to Very tight, while the industry standard is Regular.

“I swear, I will never do it again. I’ve learned my lesson!  Once you get into preproduction, they need to know how long it is.” In all business, including film, sometimes you just have to be practical.

But there was one element from the book Workman knew she couldn’t keep from the get-go. “There was a little dog that one of the characters brought into the villa from the ghetto. I said you cannot put a dog in this movie. It will upstage everything. No matter what scene you show subsequent to that, the audience is going to want to know what happened to the dog.”

Workman says the same is not true for cats in movies because, “You know they prowl and we don’t have to worry about them.”

Speaking of animals in the film – and there are many, from elephants to monkeys to hippos – Workman shared this lighter moment while shooting on set. “Camels make really funny noises. When you’re on the headsets, trying to be silent in the producer tent, you can hear the camels groaning. They sound like old men with gas. I was trying to be the quiet screenwriter who’s very professional, but I burst out laughing. Then everyone burst out laughing. It was so funny and no one else felt they could acknowledge it, but then we did acknowledge it and I think we ruined a take.”

“One of the greatest experiences of my life in the movie business was getting to watch the elephant Tembo run on cue. The trainer would feed peanuts to this beautiful, beautiful animal that we couldn’t see from the distance, then the director would yell ‘Action’ and we’d watch this animal charge. It was stunning.”

More than anything, Workman wants people to know that The Zookeeper’s Wife isn’t your run of the mill Holocaust movie.  “It’s about animals, animal nature and animal instincts. We need that story right now because it is about saving refugees and not distinguishing them as people who aren’t worth living. They’re just like us under the skin – we’re all human animals.”

How to Know If Your Script Doesn't Suck

11 Replies to "Should you "cheat the page" to alter your script's page count? The Zookeeper’s Wife screenwriter says absolutely not."